Do you want to transform Charlotte into a place where freedom thrives? Are you looking to network, learn from like-minded peers, and discuss key issues? Launching in July 2019, AFF-Charlotte is a professional development network for individuals who believe in the power of personal liberty, entrepreneurship, and innovation–channeled through free markets–to promote positive social change.

Join AFF-Charlotte for a drink and help us spread some holiday cheer to those in need. Our Holiday Happy Hour will benefit Loaves & Fishes, a non-profit benefiting local families...

Are you interested in free markets, limited government, and individual liberty? Join others like you for this non-partisan event to learn more about how you can make a difference in... 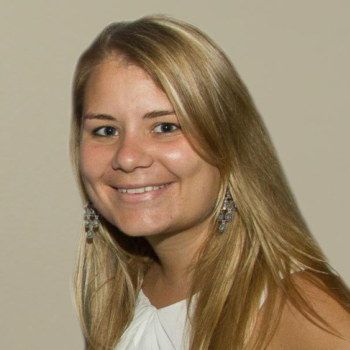 Katy (Ranville) Gambella is the AFF-Charlotte Chapter leader. She works for Talent Market as their network engagement manager, helping to identify and place entry and junior-level talent in open roles at free-market non-profit organizations throughout the United States. Katy has been working for liberty since 2011. Before she joined Talent Market, she spent 6+ years at the Cato Institute; almost four of those were in Student Programs, where she recruited, hired, and supervised more than 300 interns. Katy is a Midwesterner at heart and a very recently adopted Southerner. She was raised in Michigan, where her family still lives (if you're ever in Mackinaw City, check out Bière de Mac Brew Works!), and studied economics at Hillsdale College. After graduation she spent seven years in Washington, DC. She now lives in Charlotte, NC, with her husband. They plan to visit every brewery in the region on a quality control tour. She writes, "The AFF chapter in DC was a great way for me to get to know people who were like-minded on a social level. The DC chapter is very unique because most of those active in that chapter are also active in policy and creating change in their professional lives. It was a great way to network and learn how others who were interested in liberty were enacting change where they worked. I'm excited to see how the Charlotte chapter will be similar, but also different!"