America’s Future – Columbus discovers and develops the next generation of conservative and libertarian leaders in business, think tanks, politics, media, and academia.

Join AF-Columbus for a dinner & dialogue with author and economist Bob Lawson of the Bridwell Institute at Southern Methodist University. Socialism has failed everywhere it has been tried, but...

School is back and education freedom is in the news. Join AF-Columbus for a Dinner & Dialogue with Chad Aldis and Lisa Breedlove Chaffee. M﻿any states are taking action to...

Join America's Future-Columbus for a live podcast recording on school choice with Hannah Cox, Jon Gabriel, Chad Aldis, and Logan Kolas About this event School is back in session and... 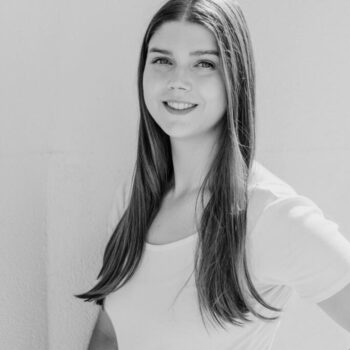 Hannah Kubbins was born and raised in Bainbridge, OH outside of Cleveland. She graduated from Denison University in 2017 with a Bachelor of the Arts in English Literature and Narrative Journalism. Immediately after graduation, Hannah started working for Ohioans to Stop Executions (OTSE) - a statewide death penalty abolition organization based in Columbus. In the span of five years, she’s been promoted to the role of Executive Director and hastaken the organization from a small operation to a politically sophisticated entity that is running the statewide legislative campaign to repeal Ohio’s death penalty. Her work in death penalty work is what radicalized her against government control. She has worked with dozens of wrongfully convicted men who spent decades awaiting execution for a crime they did not commit. These errors, along with the enormous cost of the death penalty to taxpayers, compelled her to examine the other ways the government negatively impacts citizens. In her free time, she enjoys tending to her collection of 50+ houseplants, treasure hunting for vinyl records, spoiling her two cats, and hiking. 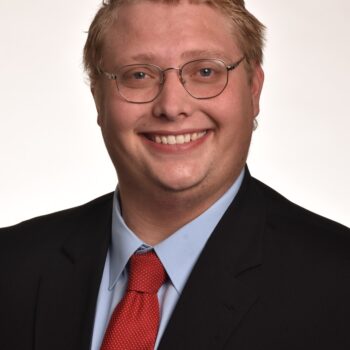 Logan Kolas is an economic policy analyst with the Economic Research Center at The Buckeye Institute where he researches and writes about labor market issues, technology and innovation policy, state and local taxes, and state-level budgets. He has authored policy papers, book chapters, blog posts, and op-eds on restoring Ohio’s technology and innovation leadership, the effects of federal and state labor market policies on work, and on modernizing Ohio’s outdated economic system to return the Buckeye State to economic prosperity and leadership. Kolas is a native of Cincinnati and throughout his career has focused on researching Ohio-related policies. He earned his Bachelor of Science in economics and political science from George Washington University and holds a Master of Science in applied economics from the University of Maryland.