Join us at the Laissez Fair Oct. 19

Join us this fall for Laissez Fair, an exciting new celebration of local artists, musicians, entrepreneurs, and creativity!

Enjoy the open-air lawn seating, festival-style event featuring an afternoon of live performances and talks, headlined by a live podcast recording of Kibbe on Liberty featuring special guest Rep. Justin Amash. Laugh your butt off with stand up comics Laura Delhomme and Molly Fratz, and rock out to the musical stylings of Stephen Kent. Plus enjoy added perks like: instructor-led yoga classes, a pop-up marketplace of local artists and entrepreneurs, local food and drinks for purchase, lawn games, and more. Check out more about our lineup below, and stay tuned for more announcements coming soon!

Pop in and out or bring your picnic baskets and blankets to stay for the full afternoon.

Let’s celebrate our creative freedom and the people who bring these ideas to life. It’s a family-friendly celebration. So invite your whole crew and join us for an exciting and inspirational afternoon. Live and let live!

Admission is $15, and drink tickets are $6 for alcoholic or $2 for non-alcoholic beverages.

It’s a marketplace, meets TED, meets Coachella. And you won’t want to miss it.

You may bring your own food and non-alcoholic beverages. 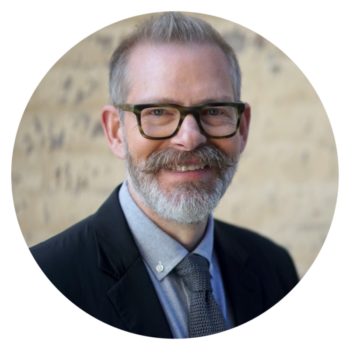 Matt Kibbe is Co-founder and President at Free the People, an educational foundation which uses cutting edge technology, video production and good old storytelling in order to turn on the next generation to the values of liberty and cooperation. He is also an Executive Producer at CRTV. He is a Distinguished Senior Fellow at the Austrian Economics Center in Vienna. In 2015 he served as Senior Advisor to a Rand Paul SuperPAC, and in 2016, created AlternativePAC to support liberty candidates. In 2004 Kibbe founded FreedomWorks, where he served as President and CEO for 11 years. Steve Forbes said, “Kibbe has been to FreedomWorks what Steve Jobs was to Apple.” Previously, Kibbe worked on Capitol Hill, at the U.S. Chamber of Commerce, and at the Republican National Committee. Dubbed “The Scribe” by the New York Daily News, Kibbe is most recently author of the #2 New York Times bestseller Don’t Hurt People and Don’t Take Their Stuff: A Libertarian Manifesto. 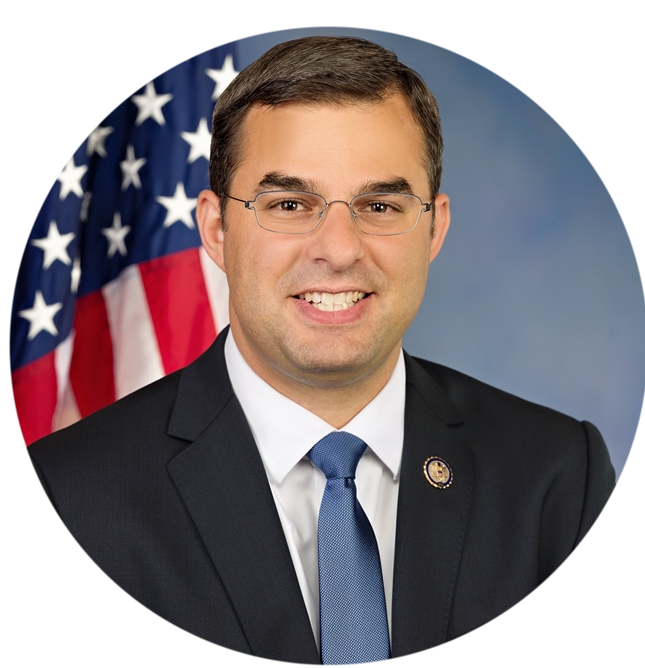 Rep. Justin Amash represents Michigan’s Third District in the House of Representatives. He leads the incorporation of Facebook and other social media into his work as an elected official by posting explanations of his votes online, and he has set new standards for transparency and accountability.

He believes government overspending is one of the biggest threats to our economic health and national security, and he has introduced an innovative balanced budget amendment—the Business Cycle Balanced Budget Amendment—to control government spending and reduce the national debt. He supports a fair and simple tax code and a regulatory environment that promotes economic prosperity. Rep. Amash is also the chair of the House Liberty Caucus. 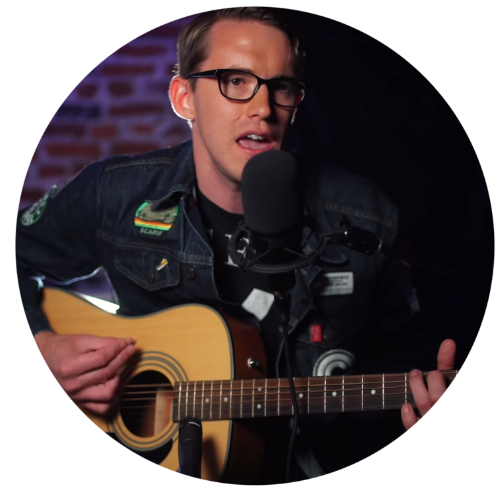 Stephen Kent is one of the most active PR professionals and media bookers in the liberty movement. Handling talent through Young Voices, Stephen’s day to day is placing young libertarian all-stars everywhere from Fox News to CNN, NPR, SiriusXM and more. He’s an active solo musician and fronted the indie rock band Radio Reds for several years. He draws influence from Ryan Adams, Husker Du, REM, and the Gaslight Anthem.

Stand Up Comedy with Laura Delhomme and Molly Fratz 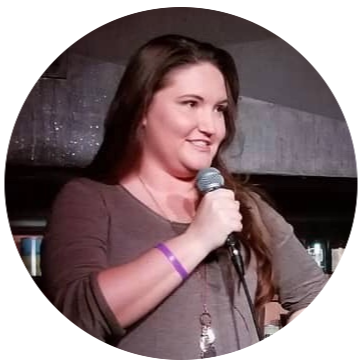 Laura Delhomme grew up in a conservative family in a conservative state, but read way too many John Grisham books early on and built a pretty intense anti-death penalty mindset (well, generally anti harming others). She believes all people have good in them, and left to their own devices, people can build beautiful things together, individually and collaboratively. Professionally, she spent a few years as a software developer, then applied for the Koch Associate Program on a whim; they mistakenly let her in, and thus kicked off seven years of HR and IT roles in various freedom-loving organizations. 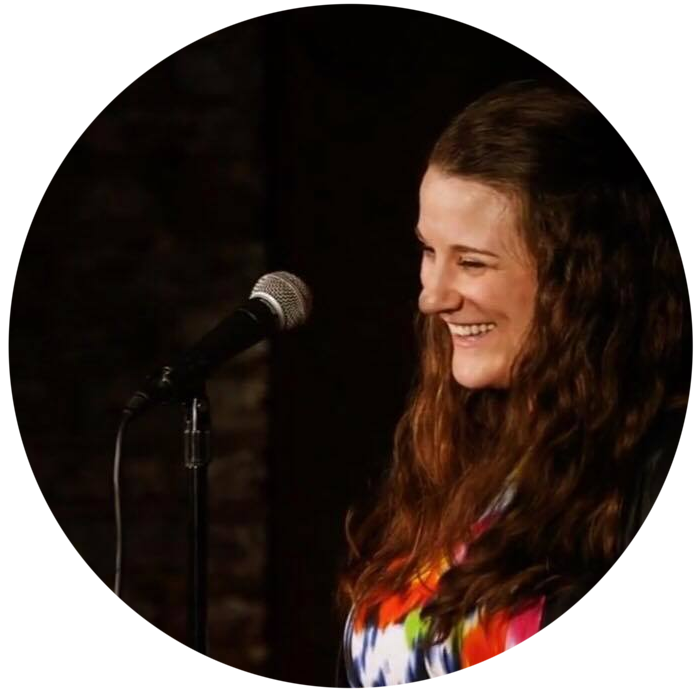 When facing the idea of turning 30, instead of spiraling out of control and jumping out of another airplane, Molly Fratz decided to finally pursue her lifelong dream–stand-up comedy. A midwest kid with an east coast wit, Molly’s sense of humor has the unique ability to connect with audiences of all kinds, with observations about everything from everyday life to sometimes on-stage-revelations about her relationship with her parents. Born and raised in Cleveland, Ohio, she now resides in Arlington, VA with her husband, Roger, and spends most of her time on stage or with her gorgeous mutt-nugget, Khali. 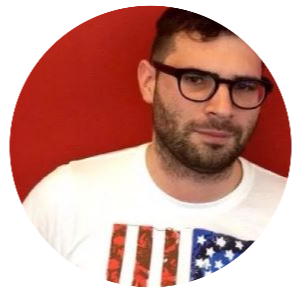 Matt Battaglia is an artist and filmmaker from New Jersey. He grew up in a relatively conservative family but didn’t find his “political voice” until he began working in DC in graphic design. He has worked with Matt Kibbe for almost a decade, and Kibbe’s view of libertarianism has helped shape Matt’s own political views. He is a passionate fan of comics and has been drawing and reading comics from an early age – he believes the art form has a deep history with liberty values and finds expressing himself with comics to be the most freeing and rewarding form of art. Matt is featuring art he has produced for Free the People and a mini-comic he produced for himself titled “Ghosts of the Carousel” – which is a boardwalk ghost story, a meditation on nostalgia and negative pasts. 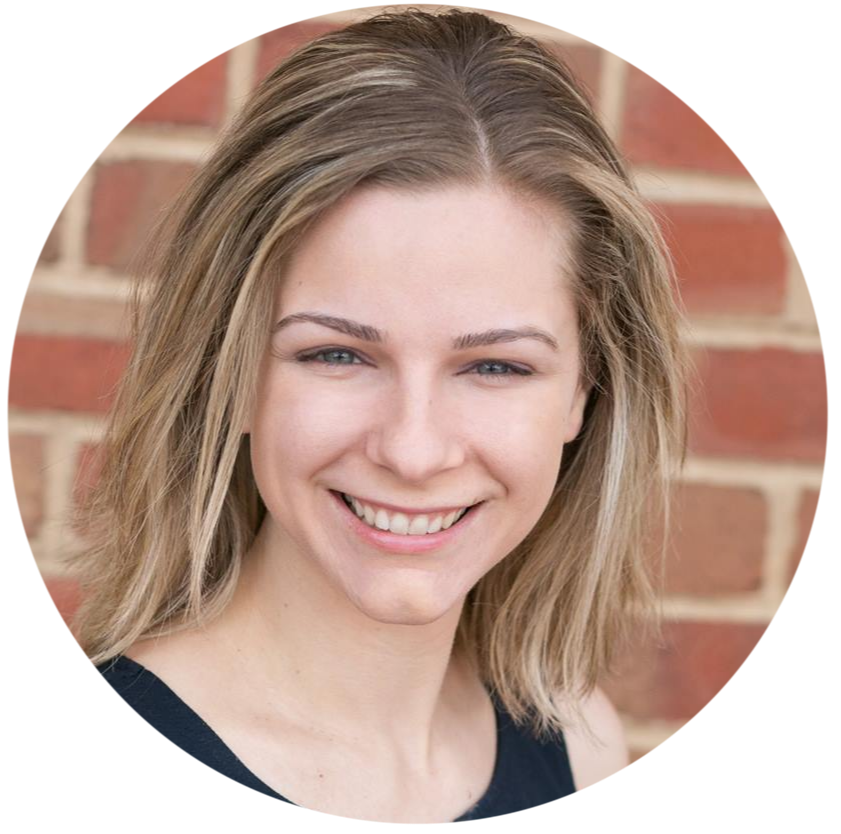 Julie Borowski talks about liberty on the internet. She’s best known for her YouTube channel that has close to 90K subscribers. She’s the author of a new children’s book, Nobody Knows How to Make a Pizza. Yes, it’s like I, Pencil. Except a lot cheesier. 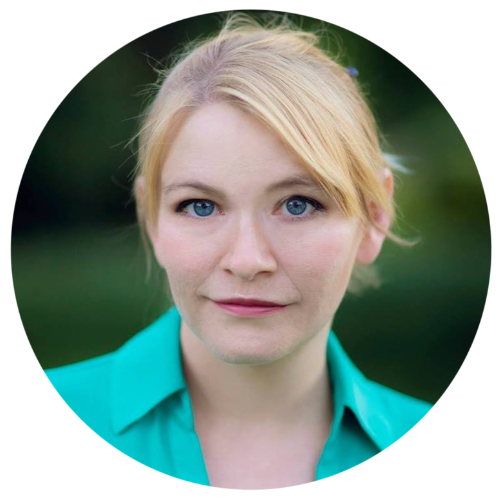 Laura Gingrich is a media producer building an animated kids’ show that tackles the cultural and ideological division in our country. Fish & Ships follows 6 kids, each with their own perspective and set of values, as they build a new home in the shadows of a forgotten civilization that failed to learn the value of diversity. 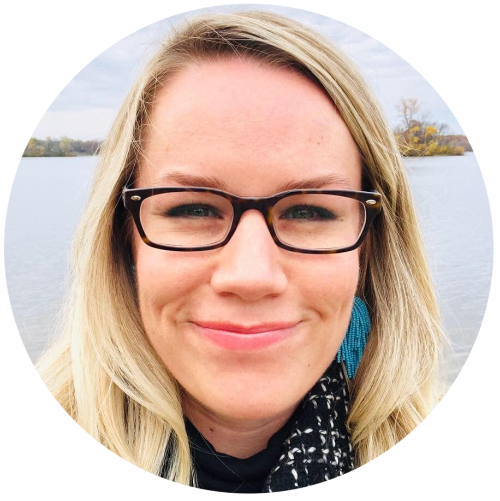 Hilary Hackleman’s birthright was art and a strong distrust of authority figures. She has never met a regulation she liked. She fought the state in England during the Brexit campaign and continues her battle for liberty by raising funds for the Leadership Institute. She also co-leads the D.C. Ladies of Liberty Alliance chapter, tries to grow vegetables, and paints commissions in her free time. 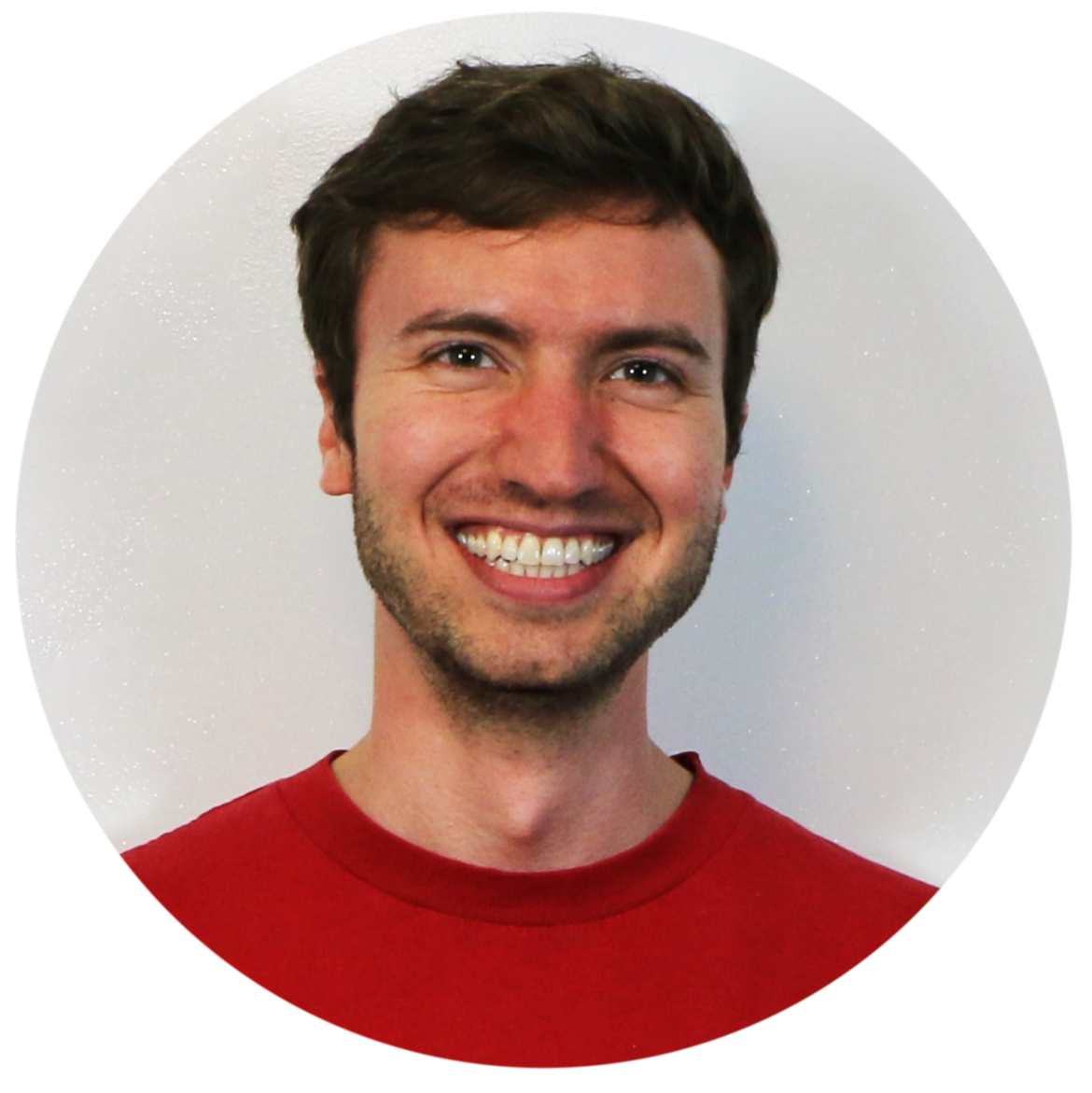 J.P. Medved became a libertarian through a work of fiction (Ayn Rand’s “The Fountainhead”) and has believed in the power of stories to change minds ever since. He’s active in the Libertarian Fiction Authors Association, runs the culture-focused ArtForLiberty.com website, and has written four libertarian short stories and novellas, a libertarian novel, and edited a libertarian short story collection for Students for Liberty’s Ama-Gi contest. He lives in Alexandria, VA, where he likes to cook everything in bacon fat. 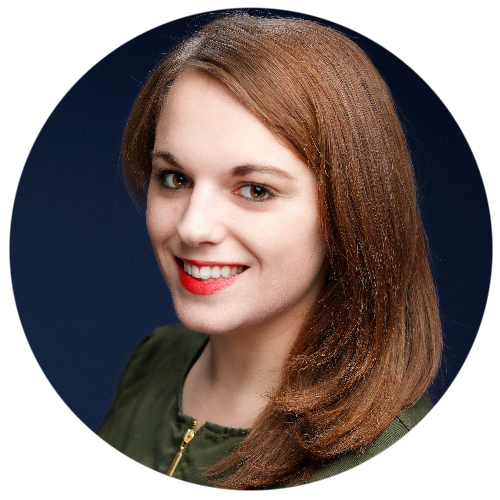 Sloane Shearman is a writer and illustrator living in Arlington, Virginia. After studying anthropology at Penn State, her passion for civil society and for spreading knowledge lead her first to the Institute for Humane Studies, where she worked on Learn Liberty, and then to the Mercatus Center, where she helps recruit students for graduate fellowships in political economy and engage audiences for the Hayek Program and Conversations With Tyler podcasts. Her art is a natural outgrowth of her lifelong love of teaching and pursuit of enduring truths as a “student of civilization.” 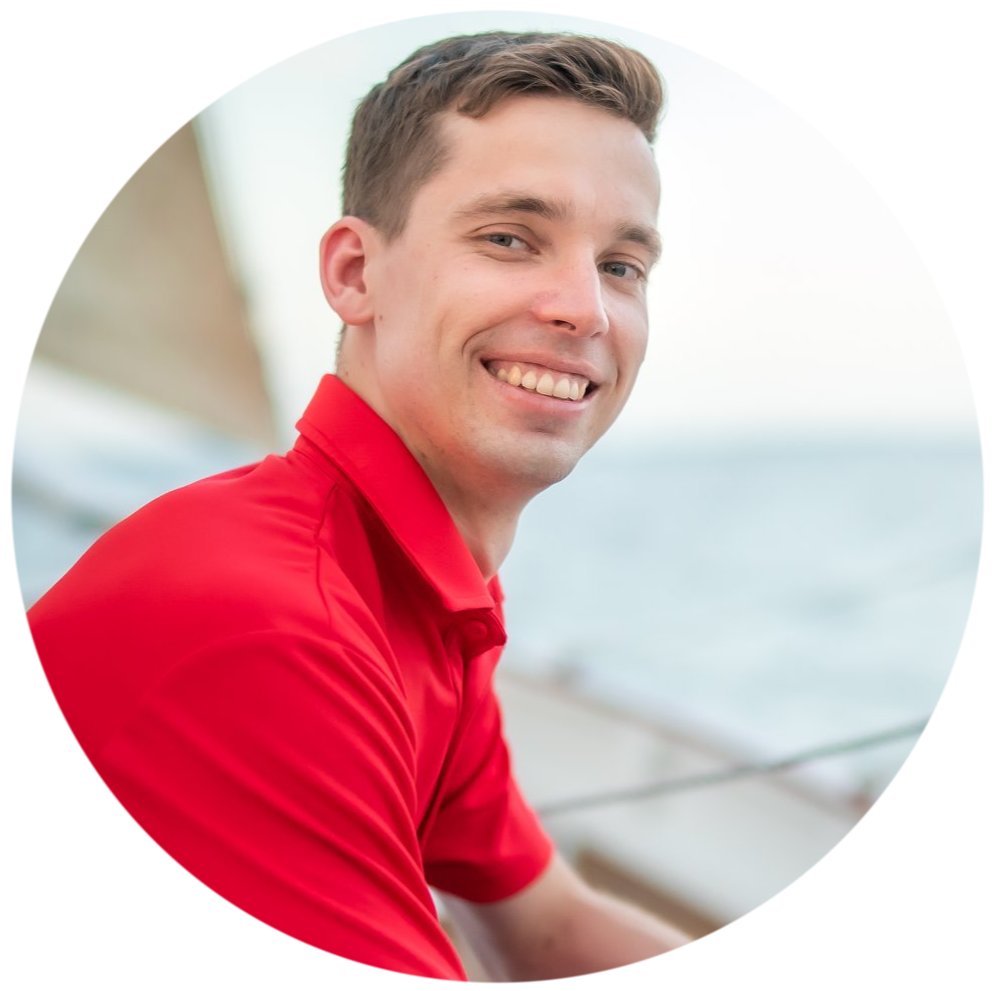 Alex Yershov was born in Moscow right before the fall of the Soviet Union and has had a natural mistrust of authority ever since. Today he works on the digital team at The Federalist Society and doubles as a freelance photographer. He’s also working towards growing Liberty Seeds, a company focused on spreading the message of liberty with printed quote cards designed to be shared with others in the physical world. In his spare time, Alex loves to practice yoga and explore the vast network of biking trails DC has to offer.

THE LAISSEZ FAIR IS SPONSORED BY 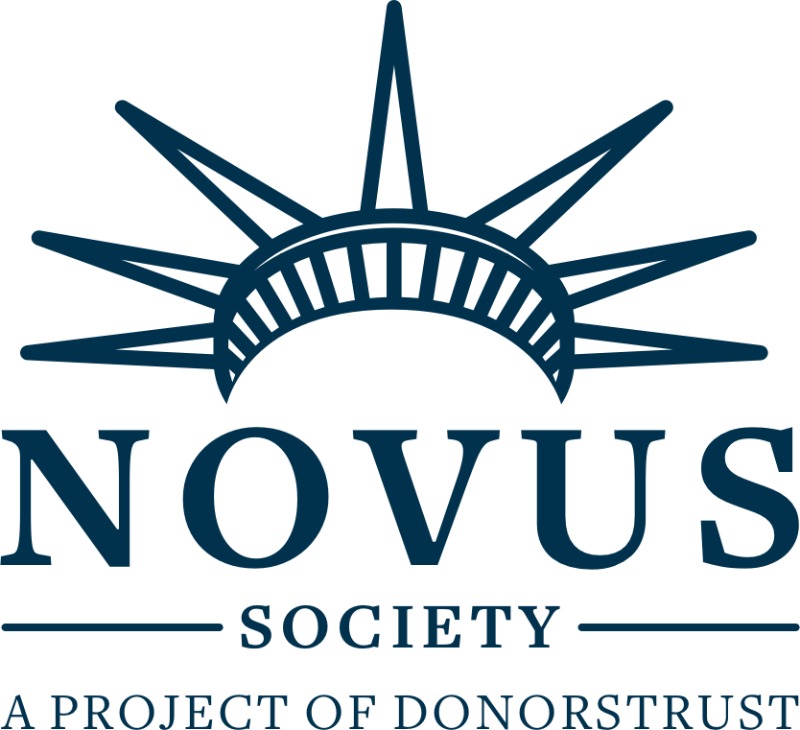