13 Books to Read This Summer, as Recommended by Your Fellow Liberty Lovers - America's Future

13 Books to Read This Summer, as Recommended by Your Fellow Liberty Lovers

As the summer kicks off, it’s a great time to start on that summer reading list. Don’t have one? Don’t worry, we’ve got you covered. Here are 13 books recommended by AF chapter leaders and staff. Some are political, and some are just for fun. Happy reading!

1. A Personal Odyssey, by Thomas Sowell 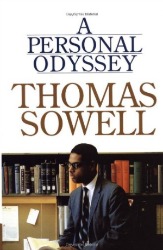 “Most people know Thomas Sowell from his columns or famous works like Knowledge and Decisions or A Conflict of Visions. You might not know his personal story which is told in his autobiography A Personal Odyssey. It is an engaging look at his journey that you’ll enjoy this summer.”

2. How to Win Friends and Influence People, by Dale Carnegie 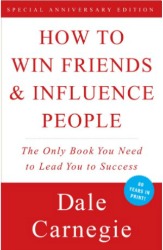 “This year, I picked up and read How to Win Friends and Influence People by Dale Carnegie. After hearing so much about how effective his classes are and how useful the book is, I finally read it. His techniques are helpful both in the professional workplace and personal life. As a bonus, many of the tips are also helpful as we think to how to promote liberty and win people over to our ideas, especially with someone who’s new to or even may disagree with our principles.”

3. Murder on the Orient Express, by Agatha Christie 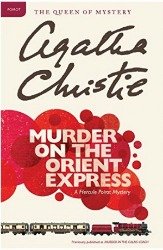 “This book is a classic murder mystery. Whether you’re a mystery buff or not, I highly recommend it. It builds so much suspense as you try to figure out ‘who dun it’ that the pages turn themselves. I just finished rereading it for about the 3rd time. This is also a perfect time to read (or reread!) it because there’s a new movie coming out this fall!”

4. Men Without Work, by Nicholas Eberstadt 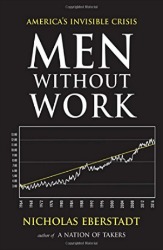 “While unemployment has dropped by half since the Great Recession, Eberstadt’s study shows that America’s work rate is lower today than it was a generation ago. In particular, the work rate for American men, between the ages of 25 and 54, was lower in 2015 than it was in 1940. This is evidenced by the fact that one in six men, between the ages of 25 and 54, have no paid work at all, and one in eight men in that same age bracket are out of the workforce entirely. Eberstadt examines why this happened and what this trend means vis-à-vis American society.

Along with Charles Murray of AEI, I think Eberstadt is one of the premier sources of methodologically sound socioeconomic analysis in the country. Often, we gloss over statistics without contextualizing what they really mean. For young people in their 20’s and 30’s, in particular, works like Men Without Work are demonstrably important, as this generation’s missteps become the next generation’s problems.”

5. Everyday Saints and Other Stories, by Archimandrite Tikhon 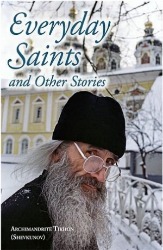 “Everyday Saints is a compilation of true stories of the inhabitants of a Russian monastery existing under Soviet Union control. Each chapter is dedicated to the story of a monk, their particular trials and joys, while painting a larger picture of freedom found in faith, brotherhood, and love even while suffering under an oppressive regime. The author, or rather observer, of these stories invites the reader into the life and rhythm of a monastery daring to exist against a hostile and totalitarian government. In each story, we witness the resilience of the human spirit, the power of faith, and the struggle for interior freedom, even while under total government control. As a new mom working full time, this is a great book to read as it is easy to pick up at any spot (although very difficult to put down!).”

6. The Righteous Mind: Why Good People Are Divided by Politics and Religion, by Jonathan Haidt 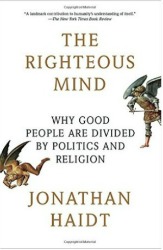 “I’ve just started The Righteous Mind. The subtitle is ‘Why good people are divided by politics and religion.’ I’m all about that communication, so getting some insight into why people think the way they think about such polarizing topics is highly relevant to my interests. Same with If You Can Keep It [by Robin Koerner]. Koerner is a master communicator, and his book is about communicating liberty in accessible ways, meeting people where they are as opposed to where you want them to be, identifying their concerns accurately and addressing them compassionately.”

7. Reclaiming the American Dream: The Role of Private Individuals and Voluntary Associations, by Richard Cornuelle 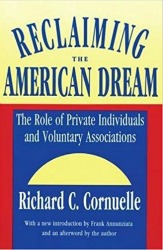 “Corneulle was a student of Ludwig von Mises at NYU, and was deeply interested in developing a classical liberal theory of community. He coined the term the ‘independent sector’ to describe those civil-society and voluntary organizations that sought to effectively solve social problems. These efforts were led neither by government nor by the private sector, hence the development of the ‘independent sector’ as a framework for thinking about these issues. The book is from 1965, but still extremely relevant for today!” 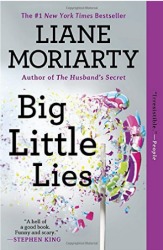 “If you want a break from politics and haven’t yet dug into the HBO miniseries based on the novel, then this is a great summer read. The book is drama filled and suspenseful, but still manages to raise questions about the everyday violence women continue to face and the social constructs that excuse it.”

9. Hillbilly Elegy: A Memoir of a Family and a Culture in Crisis, by JD Vance 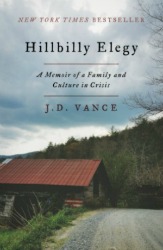 “Vance’s family history sheds light on an American subculture as it crumbles downward and takes hardworking, well-intentioned Americans with it. He offers insight into a culture’s tendency to be loyal to family even before self, and shares thoughts on how to break the cycles of poverty and violence affecting families like his own.”

10. The Prince of Providence: The Rise and Fall of Buddy Cianci, America’s Most Notorious Mayor, by Mike Stanton 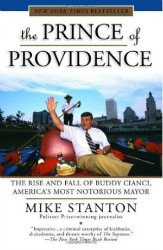 “I picked it since I am trying to learn all I can about the modern political history of Providence [Rhode Island]. After listening to the amazing podcast ‘Crimetown,’ I learned of this book. I would recommend it to anyone who is interested in, what is in my opinion, the most fascinating and controversial American mayor of the last 50 years.”

11. How to Be Right: The Art of Being Persuasively Correct, by Greg Gutfeld 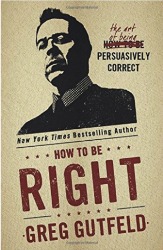 “Gutfeld does a hilarious job teaching readers how to be persuasively correct. In order to lead others to libertarian and conservative principles, Gutfeld shows how using facts, compassion, and metaphors can win others to your side of the aisle. He also gives great career advice to those who are still figuring out what they want in life. Great read!”

12. The Blank Slate: The Modern Denial of Human Nature, by Steven Pinker 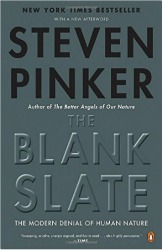 “This book is about the history of cognitive psychology, and specifically about the ‘blank slate’ theory; Pinker walks you through a really fascinating history of how society has thought about what ‘the mind’ is, where it comes from, and how it works. (Spoiler: it’s… really complicated.)

It’s not a public policy book per se, but I’d definitely recommend it for anyone who’s interested in the philosophy and biology behind individualism and human nature; the idea that we can mold mankind into ‘the perfect human’ simply by constructing the perfect culture around him seems so empowering, but in reality, it simply hasn’t panned out. At worst, it’s served as the philosophical foundation for movements like the Cultural Revolution.

Plus, Pinker is just such a delightful writer and incredible storyteller. If you’re interested in an intro to evolutionary psychology, but don’t want to weed through a bunch of jargon or boring data, he’s your man.”

13. On Propaganda, by Edward L. Bernays 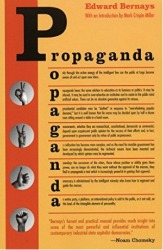 “This book has been considered the basis of modern marketing and political propaganda. It was even rumored that Hitler used the book as the basis of Nazi propaganda and his propaganda minister, Joseph Goebbels, slept with the book under his pillow. Whether that’s true or not, this book is important in understanding how ideas spread and how socialism can be woven neatly into the fabric of everything we consume. Bernays is has long been considered, ‘The Father of Public Relations’.”

Kristine Goffos is the director of marketing for America's Future. A native Iowan, Kristine is an avid Cyclones fan, and she enjoys a good cup of coffee (or two, or three).