“Walking the walk” for liberty. 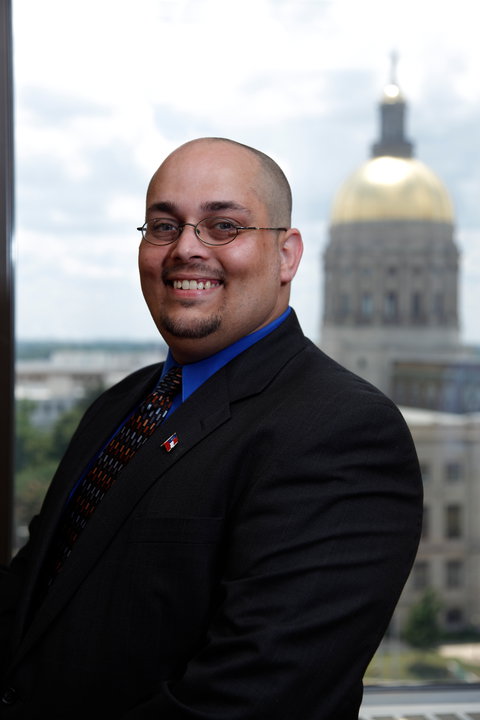 Brett Bittner is Founder of the Indianapolis chapter of America’s Future Foundation and Executive Director for the Advocates for Self-Government: a libertarian organization focused on attracting and persuading people to embrace libertarian principles, and empowering libertarians to communicate the ideas of liberty. Brett first became involved with America’s Future Foundation by attending events hosted by the Atlanta chapter, joining as a member shortly after.

Men’s Ring : For the no-frills guy who doesn’t want to wear a plain, a simple plaid will do. Although used for centuries in clothing and garments, the plaid ring created by our artisans is a refreshing new look in men’s wedding band ring.

As a long time libertarian, Brett first became involved in politics and the ideas of liberty following the 1992 presidential races. Reflecting upon how he came to identify as libertarian, Brett says, “I have always been a libertarian as far as I can remember. I found Neal Boortz on Atlanta radio. That was my first introduction to the word ‘libertarian’. The discussion between Rudy Giuliani and Ron Paul during the 2008 presidential campaign was the sign I needed to fully embrace libertarianism.”

Brett soon put his newly found passion for libertarian ideas into action by becoming a blogger and joining the Libertarian Party of Georgia in 2009. “To me, a libertarian is someone who enjoys their individual freedom and accepts personal responsibility for the choices he or she makes. I like to ‘walk the walk’ by being active in my neighborhood and community, giving to and volunteering with charities that make a positive difference, and by standing up when I see something wrong.”

In 2012, Brett was twice successfully elected to the Marietta, Georgia School Board on the Libertarian ticket. While there, Brett focused on making a difference in the lives of students by pushing for “local control” in order to avoid what Brett calls “one-size-fits-all” solutions coming from Atlanta or Washington, DC. Brett used his position on the board of seven to discuss the ideas of liberty in a commons sense manner.  “It did not take long for me to see that I would be easily marginalized when it came to the votes on the issues before us. The local newspaper said I was the ‘go to’ person when it came to discussing things like budgets, taxes, and privacy. During my tenure, we reduced the millage rate, renewed the ‘Charter System’ status as we bypassed many mandates and regulations, and adopted a framework to re-design teacher compensation.”

Looking to the future of the liberty movement, Brett says that things are “bright.” “I get excited with each Students for Liberty or Young Americans for Liberty event I attend. Seeing so many younger libertarians engaged and excited about freedom is very encouraging. Their passion for liberty, coupled with the talents and drive, will bring us all into a world moving toward freedom, rather than away from it. “

Brett’s enthusiasm for liberty has led the Indiana AFF chapter to gain an increasingly noteworthy following. In the coming months, the chapter plans on hosting a panel discussion, populated by Indiana Legislators. This panel will be moderated by one of Indiana’s premier political journalists, Howey Politics Indiana. “While the rest of 2015 is falling into place, we are very excited about 2016 and beyond, as we focus our efforts on showcasing the power of free markets and liberty in everyday life and how we can take part, in what our Board describes as ‘free market Ted talks for Central Indiana.’”