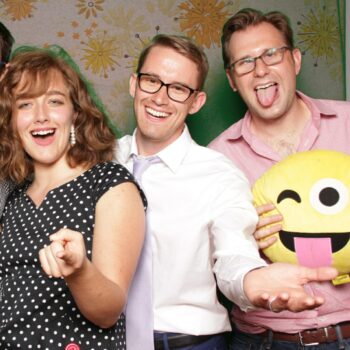 America’s Future is excited to introduce Casey Given as a 2020 Buckley Award winner. Casey leads Young Voices and has helped hundreds of young writers become powerful voices for freedom in the media.

“Casey embodies an articulate voice for liberty – focused not on partisanship but persuasion as a tool for advocacy in the vision of a principled small government. Like  Buckley, Casey is a powerful orator, a witty and skilled debater, and maintains a cool head in the face of sometimes vociferous opponents,” one nominator writes.

Thanks to Casey’s leadership, Young Voices was able to successfully spin off from Students for Liberty, growing into a successful independent organization. This work has clearly impacted many, leading to multiple nominations. Another nominator writes, “He is a rising leader in the liberty movement.”

Through their cornerstone Contributors Program, Casey has worked to train and empower talented writers to give a voice to free-market ideas in media outlets nationwide. For this work, Casey has earned an award for “leading or organizing a significant grassroots or media initiative.”

Get to know Casey! 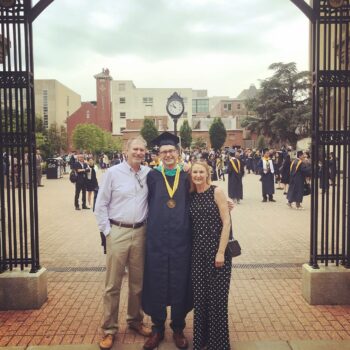 1. What moment or opportunity in your life do you believe played the largest part in getting you to where you are today?

Undoubtedly the best life decision I made was spinning off Young Voices from Students For Liberty to an independent nonprofit organization. I was a nervous wreck at the time, leaving a stable job at an organization that I love, but I know in my gut that an opportunity like this only comes once in a lifetime. I quickly learned that people respect gumption, and the network I had developed up to that point helped me steer Young Voices to an organization that has grown for more than four years now.

2. What is the biggest challenge you’ve had to overcome in your career so far?

The biggest challenge I’ve had to overcome in my career is fear of rejection. As a younger man, I was afraid of striking up conversations with people at networking events, and when I got into fundraising, I was scared to death to ask others for money. After doing some reading and receiving helpful advice from mentors, I realized that rejection is actually a positive sign because it means that you’re putting yourself or your organization out there for opportunities. The modest success I’ve had so far has undoubtedly been by casting a wide net and seeing what I catch. One yes can make all the previous no’s worth the effort.

3. What piece of work or accomplishment are you most proud of?

My greatest source of fulfillment at work is knowing that Young Voices has had an impact on the careers of dozens of young professionals over the years. We’ve helped students graduate to become full-time journalists and editors. We’ve helped people get their dream jobs at outlets like Reason or get promoted. It’s so overwhelming that I often forget about the number of folks we’ve helped, then I’ll bump into a Young Voices alumnus on the street who will stop me and say, “You really changed my life.” Nothing else in life makes me prouder.

4. What inspired the above work or accomplishment?

I realized as a young professional in DC that the liberty movement has a lot of unrealized talent. Dozens of college graduates get a job at think tanks or advocacy organizations every year with strong policy knowledge and passion for liberty, yet they are not given many opportunities to develop their talents and ideas through media outputs like op-eds and interviews. There are plenty of professional development programs for college students, but the opportunities are few and far between after receiving a diploma. I thought Young Voices could seize this opportunity by empowering young professionals to get published, develop their expertise, and build their brand. It’s working so far!

5. In your words, what motivates your belief in freedom?

In a similar vein as my last answer, my belief in freedom is motivated by the capacity for human potential. I love to travel internationally, and whenever I visit a foreign country, I always make a point to go to an open-air market. The cornucopia of goods and commerce in even the poorest countries is truly inspiring. Humans are remarkably intelligent and resourceful, yet the institutions of government often hold them down by facilitating poor institutions or rule of law. The next Bill Gates or Elon Musk could be running a bodega in Bangladesh right now. If only government got out of the way, humanity could flourish even further.

6. What do you believe is the biggest challenge facing America today?

I believe America is at a crossroads between sticking with the tried-and-true formula that has made our country so prosperous — free markets and individual rights — or going down the path of illiberal populism. We mustn’t forget that humans are inherently tribalistic. The free society is the exception, not the norm, of history, and demagogues can easily exploit the worst instincts among us to sow racial divide, xenophobia, and socialistic or protectionist policies that would revert the country’s progress. It’s more important to be a champion for liberty perhaps than ever before.

7. What is the next big goal or project you’re working on? How can the AF community help?

I have a running list of big ideas for Young Voices at any given times. One that we’re considering for 2021 is launching a philosophical blog and hosting virtual or in-person forums discussing the future of the free society, as I discussed in my last answer. I think there could be lots of potential for engaging with AF members to participate with written works and speaking engagements.

8. What advice do you have for those who want to advance liberty and make a difference in our society?

My advice is, if you haven’t already, identify what type of work you’re both good at and that you get enjoyment doing. Ten years ago, I never thought I would have become a nonprofit CEO. But, when the opportunity arose, I did some soul searching and it immediately clicked that this was what I was meant to do given my talents and interests. Since that period of self-reflection, I’ve been more productive as a professional and happier as a human.

9. We’re assuming you’re working from home a lot these days, but what does a typical day “at the office” look like for you?

I don’t have any typical day, and I like it that way. I alternate between working from my apartment or at our WeWork. I change the type of work I do every day between strategic planning, fundraising, meetings, and travel. If I have one superpower, it’s leaning into and flourishing with spontaneity.

10. Hobbies/side gigs/secret skills no one knows about? Any new quarantine-induced hobbies that you’ve picked up?

I don’t buy into the cultural pressure to pick up a new hobby during quarantine. I think we all deserve to relax and cocoon throughout the hell of a year we’ve had. I’ve gotten more into meditation and am miserably failing at improving my Spanish, but I’ll give myself an “E” for effort!

10. What are you watching on Netflix/Amazon/Hulu right now?
I just binged season four of The Crown and absolutely loved it. I’m also using COVID to finish all the necessary crime shows I’ve missed so far. I recently finished The Sopranos and just started The Wire.

11. There’s been a lot of negativity out there this year. What has been the best part of 2020 for you?

The best part about this year was spending a month with my family this summer at my parents’ summer cabin in Island Park, Idaho — just a few miles away from Yellowstone National Park. It was so great to spend significant time together, and I went on many mini-adventures of my own including seeing Mount Rushmore and hiking 16 miles roundtrip to the most stunning waterfall I’ve seen, Union Falls in the backwoods of Yellowstone.

Cat or dog? Dogs are the living embodiment of unconditional love. Cats are little lions that would eat you if they were big enough.

Android or Apple? I’m a total Apple addict for all my devices.

Email, GChat or Slack? My team uses Slack and loves it.

Paper book or Kindle? Audiobook or podcast? I love paper books for beaches and planes. I’m an audiophile, so I love audiobooks and podcasts in everyday life. How dare you make me choose!

Wine or beer? Another impossible choice! I love a good cold one, but as a Californian, it’s likely illegal for me to diss wine. I love both.

Hamilton, Jefferson, or Douglass? Frederick Douglass is an American badass. I remember reading his autobiography in college and being taken by every chapter. What an incredible life!

Uber or Lyft? I use whichever is cheapest at the time, but I’ve found myself using Uber more during the pandemic. They’re always the fastest for pickup, and Uber Pass has saved me lots of money ($50 last month!).

Favorite band? I’m a total music hipster, so this is an impossible question. But, if I had to give one, it’s the Talking Heads. Their albums truly changed the shape of music in the 70’s and 80’s — making it cool to be weird. Also, their live concert movie Stop Making Sense is perhaps the greatest recorded performance of all time. A band that was even better live!

Home office or work from the couch? Neither! When working from home, I try to sit on my kitchen stool for my posture. But, I also work frequently from WeWork since their spaces are fairly deserted these days.

Pizza or tacos? Undoubtedly tacos. They’re the best snack — I truly wish there was a taco truck on every corner! 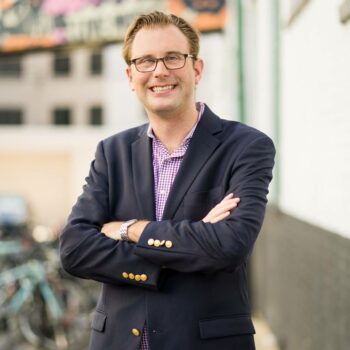 Casey Given is the executive director of Young Voices and president of its Board of Directors. Casey joined Young Voices in January 2014 when it was a project of Students For Liberty and oversaw the project’s transition to an independent nonprofit in May 2016. Casey has also served as director of communications at Students For Liberty and as a state policy analyst at Americans for Prosperity Foundation. Casey holds a Master’s in Public Policy from The George Washington University and a Bachelors of Arts in Rhetoric from the University of California, Berkeley.