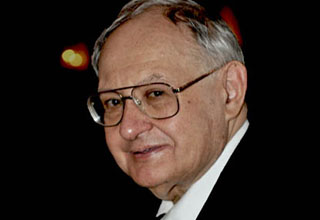 AF was at a turning point. It was the summer of 2001. I had taken up the AF baton as executive director again after John Barry, who was working full-time at less-than-half-pay, got a job offer he couldn’t refuse.

I was pregnant with my second child, managing our growing number of program volunteers and coordinators during my first child’s naps. I honestly didn’t know how I would be able to balance my responsibilities of being a mother of two and sustain AFF at the same.

We needed a full-time executive director fast but our wallet was thin. We turned to Carl Helstrom, a close advisor to AF and head of The JM Foundation. He said, “You’ve got Leonard Liggio on your advisory board. If you can get him in a room with your other advisory board members and donors, what needs to happen will happen.”

That’s how the first AF retreat was conceived. Held at the Greenwell Estate in St. Mary’s County, Maryland on the banks of the Patuxent River, the retreat took us from start-up survival mode to early growth phase in one intense packed weekend.

Most of our advisory board members drove down for a few hours on Saturday for the retreat meetings, but Leonard, who was pushing 70 at the time, was there for the whole shebang taking the college dorm-like accommodations and late-night cookouts in stride. In fact, Leonard had the one “luxurious” room at the retreat center, the only one with its own bathroom. But you got the sense he was just as comfortable there amongst us inexperienced, 20-somethings as he was at a 5-star hotel attending a Mont Pellerin Society meeting.

He really got the social aspect of us and understood that fusionist institutions like AF are built with the mortar of friendships. As a die-hard Catholic who was also a libertarian, he understood that there is more that multiplies and adds us together as a movement than divides and subtracts.

He was so patient with us, so generous with his time. He didn’t speak often, but when he did it was powerful and from a place of great authority. AF continued to benefit from Leonard’s patronage over the following years. He made introductions, provided guidance to the board, and was a gracious listener to several of us who sought his counsel in matters both professional and personal.

It is true what they said about Leonard Liggio, “Most of us operate on the basis of a 1-2 year outlook, some good strategists can think over a 10-20 year time horizon, but Leonard, well Leonard, operated on a 100-year plan.”

We are so grateful…and wish Leonard the eternal rest in his Creator’s presence, which he now enjoys.

Mary Riner is the founder of America’s Future Foundation.

John Barry was a long time board member and one-time executive director of America’s Future Foundation.