Meet the Newest Members of AFF’s Board!

America’s Future Foundation is pleased to announce that Claire Kittle Dixon and Brian Wilson have been elected to join AFF’s board of directors, effective January 1, 2019.

Richard Lorenc, AFF’s chairman says, “In these times, we know that supportive communities are essential for enabling people of goodwill everywhere to reach their most productive potentials. With the additions of Claire and Brian to our board, I am thrilled that AFF continues to build a dedicated community of liberty lovers with transformative visions of how we can recruit, cultivate, and promote like-minded young professionals across the U.S.”

Get to know Claire and Brian below. 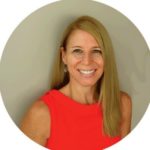 Claire Kittle Dixon is the executive director of Talent Market. Claire’s career has focused almost exclusively on talent development. She operated her own headhunting firm in the private sector before realizing she didn’t want to build a life around “making widgets.” Seeking a more meaningful line of work, she took her skills and transitioned into a career in the free-market nonprofit movement.

She joined the Charles G. Koch Charitable Foundation where she served as the program officer for leadership and talent development. While at Koch, Claire managed the hiring process for the Foundation and launched and managed two talent programs – the Koch Associate Program and the Koch Internship Program.

Before launching Talent Market, Claire served as the vice president and director of research of the Buckeye Institute, Ohio’s free-market think tank.

Claire earned her undergraduate degree from the University of Notre Dame and a Master’s in Public Policy from Georgetown University. After spending years in our nation’s capital, Claire decided to stop and smell the roses in Charleston, SC.

“AFF has been incredibly influential in both my personal and professional life. In fact, I often quip that my very first AFF event led me to a new job, new friends, and a dog-sitter! I am so excited for the opportunity to serve on the board of an organization that is near and dear to my heart, and absolutely critical to the free-market movement.” 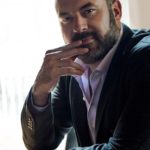 Brian Wilson is an entrepreneur, Marine Corps veteran, and works in the tech startup industry. He is a graduate of the United States Naval Academy and St. John’s College. He’s also active in the charity world having founded CrossFit Walter Reed, CrossFit for Hope on the National Mall, and Combat & Classics. He is also a contributing theater critic for TheaterJones.com and recently adapted, directed, and co-starred in Sophocles’ Ajax, performed at the Dallas Institute of Humanities and Culture. He lives in Dallas, Texas.

“I couldn’t be happier to join the AFF board and give back to the liberty movement. After being in the Marine Corps for 13 years, it was through the great books at St. John’s College, the writings of Mill, Locke, Frederick Douglass, Mises and Hayek, and organizations like America’s Future Foundation that I became a lover of liberty, and I’m happy to have the opportunity to work with AFF to spread that message and try to make the world a little bit better.”

AFF looks forward to working with Claire, Brian, and the rest of the board of directors to continue to accelerate our growth and impact.