This week, we’re kicking off the Summer 2020 term of AFF’s Writing Fellows Program. We’re excited to welcome 42 aspiring writers to the program, 18 of whom will be participating in our DC-based cohort. Get to know more about them below! 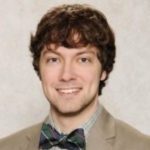 Nicholas Bartulovic
Nicholas is editor-in-chief of The New Lyceum. He holds a MA in liberal arts from St. John’s College (Annapolis), and a BA in history and political science from Ashland University. He is also a former ISI Honors Scholar and member of the Ashland Symphony Orchestra. He and his wife currently reside in Alexandria, VA. 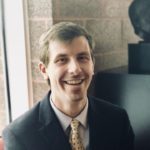 David Behrens
David Behrens is a research associate at a Washington, DC, think tank. His interests span a wide range of economics-related subjects including growth and development, tax policy, and trade policy. David graduated from New York University in 2019 with degrees in economics and mathematics. He has been based in Washington, DC, since October 2019 and originally hails from Kennebunk, Maine. 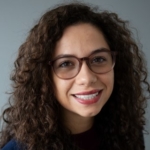 Ann Bennett
Ann Marie Bennett (Miller) graduated in May 2020 with a Master’s of Applied Economics at George Mason University. During her time at Mason, she was an MA fellow through the Mercatus Center and had the opportunity to intern in the Municipality of Guatemala City, Guatemala. At Mercatus, she contributed to the Urbanity Team, ultimately discovering her passion for urbanism, housing, and economic development issues. In the spring of 2020, she interned in the Council of Economic Advisers where she worked with leading economists on poverty/labor Issues. She is currently working as a policy researcher through the Center for the Study of Free Enterprise at Western Carolina University in the areas of post-COVID recovery and economic development for North Carolina. She has been accepted in the 2020 AEA summer program which aims to prepare students for doctoral programs. Ann will also be a Young Voices contributor for the July 2020 cohort. 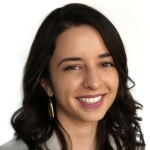 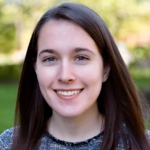 Laurel Duggan
Laurel Duggan is a recent graduate of the University of Florida, where she majored in history and minored in classical studies. She was involved with the UF Navigators and was a Florida Academic Scholar, and she spent a semester studying in Pau, France. Laurel has worked in policy research at the American Conservative Union. She has also worked in student programs at the Institute for Humane Studies. Currently, she is a federal affairs associate at Americans for Tax Reform. She also conducts research for American Philanthropic. She grew up along the Gulf Coast in Fort Walton Beach, Florida. 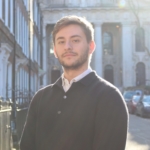 Loïc Fremond
Loïc is entering his third year of study at University College, London, reading for a degree in classics. During his time at university, Loïc has been active in politics and policy in the United Kingdom and abroad. From Washington, DC, he is fluent in English, French, Spanish, Italian, and Portuguese. He aspires to continue his education as a postdoc in public policy, and eventually intends to make a career in policy, specialising in international development. His main research interests are education, immigration, environment, tech, and foreign policy. 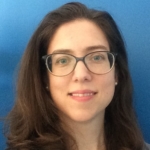 Evelyn Gardett
Evelyn H. Gardett comes to the public policy sphere with a broad background in the liberal arts. She read the great books of Western literature at Thomas Aquinas College and continued her study of the arts and sciences by earning graduate degrees in the history of art and the psychology of education at St. Andrew’s University and George Mason University, respectively. Evelyn has written about politics broadly in essays about city planning, aesthetics, virtue, and community. Evelyn’s published writing includes local reporting for Patch.com and The Connection newspaper in Northern Virginia. She has contributed over 20 artist profiles to Élan Magazine in Great Falls, Virginia. Her opinion editorials have been included in the Washington Examiner, CNS News, and the blog at Americans United for Life. She has served in outreach and administrative roles in the pro-life movement. Evelyn hopes to uphold the dignity of human life in all her future work and writing. 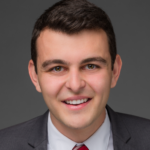 Connor Kurtz
Connor Kurtz is a rising second-year law student at the University of Virginia. Before law school, he worked at the American Enterprise Institute and led a small strategic-communications business in Pennsylvania, where he managed political campaigns and advised candidates seeking public office. He is a former public official, having been twice elected to his hometown school board. Connor also previously served on the boards of directors of a Pennsylvania education-service agency and of a regional tax-collection consortium. He earned his undergraduate degree in politics from the Catholic University of America, where he was student body president. In his spare time, Connor enjoys researching contemporary British history and entering the New Yorker magazine’s famous caption contest. 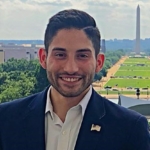 Razi Lane
A North Carolina native, Razi Lane is a third-year JD candidate at Notre Dame Law School. He has clerked for the US Department of Justice and the US Navy JAG Corps; he will spend this summer with the US Air Force JAG Corps and US Senate Judiciary Committee. When not cheering on the Fighting Irish, Razi enjoys baseball, playing guitar, marathoning, cycling, and adventuring outdoors. 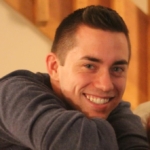 Nick Reardon
Nick Reardon is a first-year PhD student in economics at George Mason University and a program associate for the Mercatus Center. Prior to enrolling at Mason and joining Mercatus, Nick spent several years in the private sector, specifically in corporate finance and later in management consulting. He received his undergraduate degree in accounting from Rutgers University. Nick’s academic research interests include entrepreneurship, comparative governance systems, and economic sociology. Nick’s writing interests range from business journalism to political economy and film criticism. 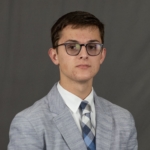 Clay Robinson
Clay Robinson is a sophomore majoring in civic and economic thought and leadership (SCETL) and economics at Barrett, the Honors College at Arizona State University. Clay is a contributor and social media coordinator for Lone Conservative and a campus correspondent for Campus Reform. In addition, Clay contributes to the Young Leadership Coalition, a local Arizona political action committee and serves as communications director for the Arizona Federation of College Republicans. In his free time, Clay enjoys student ministry, reading, and spending time with family and friends. 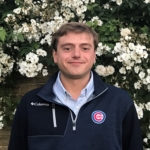 Jimmy Schmitz
Jimmy Schmitz is a Chicago native living in DC. He recently completed a media relations internship at the Cato Institute. During his stay, Jimmy attended daily department meetings and helped catalogue all media mentions concerning the institute itself. Before Cato, Jimmy participated in the Young Leaders Program at The Heritage Foundation where he took part in weekly policy briefings and published an op-ed in the Daily Signal. Prior to beginning his career in politics, Jimmy worked for HealthandFitnessTravel.com in London as a blog writer commenting on everything from Brexit to wellness retreats across the globe. Jimmy is a graduate of DePaul University earning a BA in American History. He enjoys reading, watching documentaries, and following college football in his spare time. 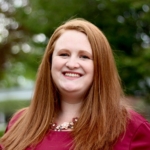 Krystina Skurk
Krystina Skurk is a research assistant at Hillsdale College in DC. She received a master’s degree in politics from the Van Andel School of Statesmanship at Hillsdale College and a bachelor’s degree in government from Regent University. She is a former fellow of the John Jay Institute, was in the inaugural class of Speech Writing Fellows at The Heritage Foundation, and is a former teacher at Archway Cicero, a Great Hearts charter school. Krystina has been published at The Federalist, American Greatness, and the College Fix. Krystina most enjoys writing about American civics, education policy, and American political institutions. She is originally from California, but currently lives and works in Washington, DC. Her favorite books are Les Misérables, The Federalist Papers, the Anne of Green Gables series, and anything by Jane Austen (except Northanger Abbey). 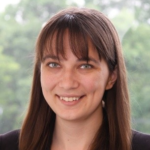 Amber Todoroff
Amber Todoroff is a policy associate at the Environmental and Energy Study Institute, where she researches and writes about federal environmental policy issues, designs Congressional briefings, and serves as editor of EESI’s biweekly newsletter.  Amber received a master’s degree from the University of Oxford on a Frost Scholarship, where she studied marine renewable energy innovation and governance in the Orkney Islands, Scotland. She has dual bachelor’s degrees in English and geography from the University of Florida. 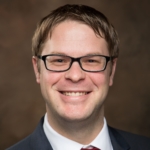 Michael Tokarchick
Michael Tokarchick is the assistant director of development at the Manhattan Institute, where he works with current and prospective funders to ensure the Institute has the resources it needs to achieve its mission. He previously served in development roles at the George Mason University Law & Economics Center, Institute for Justice, and Center for Competitive Politics. Michael graduated magna cum laude from Marquette University with a BA in political science and was elected to the Phi Beta Kappa and Pi Sigma Alpha honor societies. He also holds an MS in political theory from the London School of Economics. His graduate dissertation focused on the intersection of free speech and commercial freedom. Michael lives in Arlington, VA, with his fiancée and dog, Bruno, and supports DC United in his spare time. 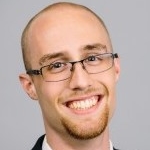 Daniel Visnovsky
Dan Visnovsky is a Michigan native and graduate of Saginaw Valley State University, having earned a BA in political science and minor in communication. He is currently working at the Mercatus Center at George Mason University as a communications associate, and is enrolled in George Mason’s Master’s in International Security program, beginning in fall of 2020. In his free time, Dan enjoys recreational jogging, action films, and discovering new metal bands.

Stami Williams
Stami Williams is the communications director at the Republican State Leadership Committee, the only national organization committed to electing Republicans in state-level offices across all 50 states. Stami has extensive experience on Capitol Hill, previously serving in the offices of US Senators Saxby Chambliss and David Perdue from Georgia. She also served as the communications director to US Representatives Jeb Hensarling of Texas, Karen Handel of Georgia, and Joe Wilson of South Carolina. 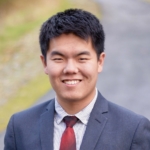 Steven Zhou
Steven Zhou is a PhD student in industrial and organizational psychology at George Mason University. His primary areas of expertise and research are in leadership development, non-monetary forms of motivation, and psychometrics. Prior to starting his PhD, he worked in human resources and big data analysis at a large global food subscription company, and in college student affairs leadership development. Steven currently writes for the Fourth Estate opinion section at George Mason along with contributions to other magazines such as Christianity Today. As a writer, he primarily focuses on bridging the gap between academic literature and popular press, and on higher education public policy and student affairs.