There’s been a lot of debate in Maryland recently over who’s to blame for the negative press surrounding Baltimore’s education system. One thing is for sure: these problems can’t be blamed on contemporary actors. All they’ve done is follow precedent. In fact, they’ve been extremely consistent in the way they’ve run schools l, but consistency isn’t the same thing as excellence. Unfortunately for students, Baltimore’s school system is so consistently bad that there may be no coming back.

It’s no secret that few school districts can hold a candle to the poor performances produced each year by Baltimore City Public Schools (BCPS). Even fewer can claim to have an entire television season written about their district’s less-than-mediocre education results.

Indeed, 15 years ago, the critically-acclaimed television show The Wire centered an entire season on the decrepit status of the BCPS. The season opened viewers’ eyes to a disturbing reality: you can’t pin the schools’ failure on merely one or two bad actors. Rather, the failure was the result of an institutionally corrupt system with few, if any, functioning components. Unsurprisingly, BCPS have only gotten worse since the season aired, ranking as the third worst large school district in nearly every category according to the 2019 NAEP.  Baltimore needs change.

When schools fail as consistently as BCPS has, the main talking point that’s trumpeted by the media and by teachers unions is that they were underfunded. That’s simply not true in Baltimore. In fact, BCPS  maintains one of the highest per-pupil spending amounts in the country.

Still, even if teachers unions got their wish, all the money in the world wouldn’t solve the exuberant amount of problems in Baltimore schools. Not even Elon Musk, arriving in a fancy space rocket and dropping every last one of his billions of dollars into the city’s school system, could make a dent in the district’s poor performance. BCPS’s funding increases by varying amounts between 3 and 7% year-over-year, but student performance has hardly changed.

By continuing to throw more and more money at an institutionally dysfunctional system, Maryland is turning a blind eye to the students and families suffering under it. New approaches (and even new mistakes) are needed to rectify the situation.

With all due disrespect, if the objective of public education were to waste as much money as possible while creating an entire generation without the skills and aptitudes necessary to succeed, then Baltimore would be exemplary. For instance, 41% of BCPS’s high schoolers in the 2020-21 school year achieved a 1.0 GPA or lower. However the subpar results start far before high school. 62% of Baltimore middle schoolers and 52% of elementary school students failed one or more of their courses, setting them up for many more years of failure—both during and after their schooling years.

Aside from failing its students academically, BCPS equally fails to provide institutional integrity for taxpayers. Look no further than its latest scandal, where it was revealed that for years, BCPS has been enrolling dead students in fake classes.

Baltimore’s “ghost students” can account for a majority of a school’s reported population, and leave the few responsible administrators helpless. Suddenly, schools are receiving taxpayer money for students they aren’t educating, and there is so little surveillance that they can use that money as they please.

The future of  Baltimore students hangs in the balance while Maryland is far from the friendliest state for school choice, alternative education is available. Maryland’s charter schools, many of which are in Baltimore, consistently outperform their traditional public school counterparts. In fact, during the 2016-2017 school year, Maryland’s charter students gained an additional 47 days of reading achievement and an astronomical 59 days of math achievement despite spending the same amount of time in school.

However, that wouldn’t help the taxpayers being ripped off by Baltimore City Schools. On that front, the district (as well as the Maryland Department of Education in its entirety) is in desperate need of an audit. Taxpayers need transparency on how their hard-earned income is being wasted.

Students and taxpayers can’t wait any longer. They need answers and solutions now. Providing more choice to attend schools providing a good education in a safe environment can be an immediate fix for current students. Future fixes for their younger brothers and sisters and taxpayers must come from Maryland’s Department of Education.

Baltimore’s families deserve better, and better isn’t going to come from the city’s public school system. Unless they leave the district entirely or get the state involved, another generation will have its future stripped from them. 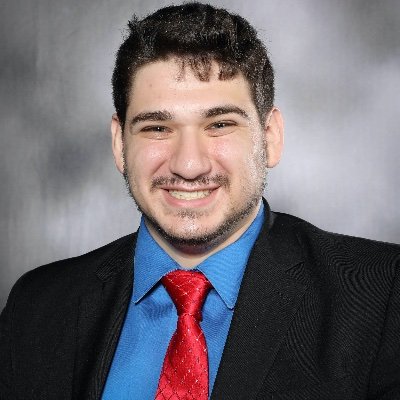 Garion Frankel is a graduate student at Texas A&M University’s Bush School of Government and Public Service with a concentration in education policy and management. He writes news and commentary for Chalkboard Review, and is a contributor to Young Voices and reimaginED. Follow him on Twitter @FrankelGarion. 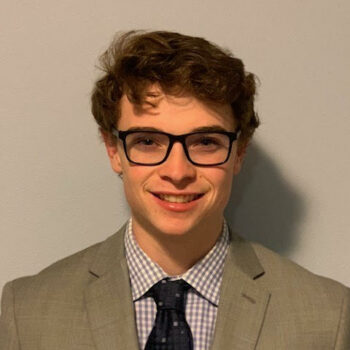 Cooper Conway is a contributor at Young Voices and a Frank Church Scholar at the Boise State University Honors College, where he studies political science. Follow him on Twitter @CooperConway1.