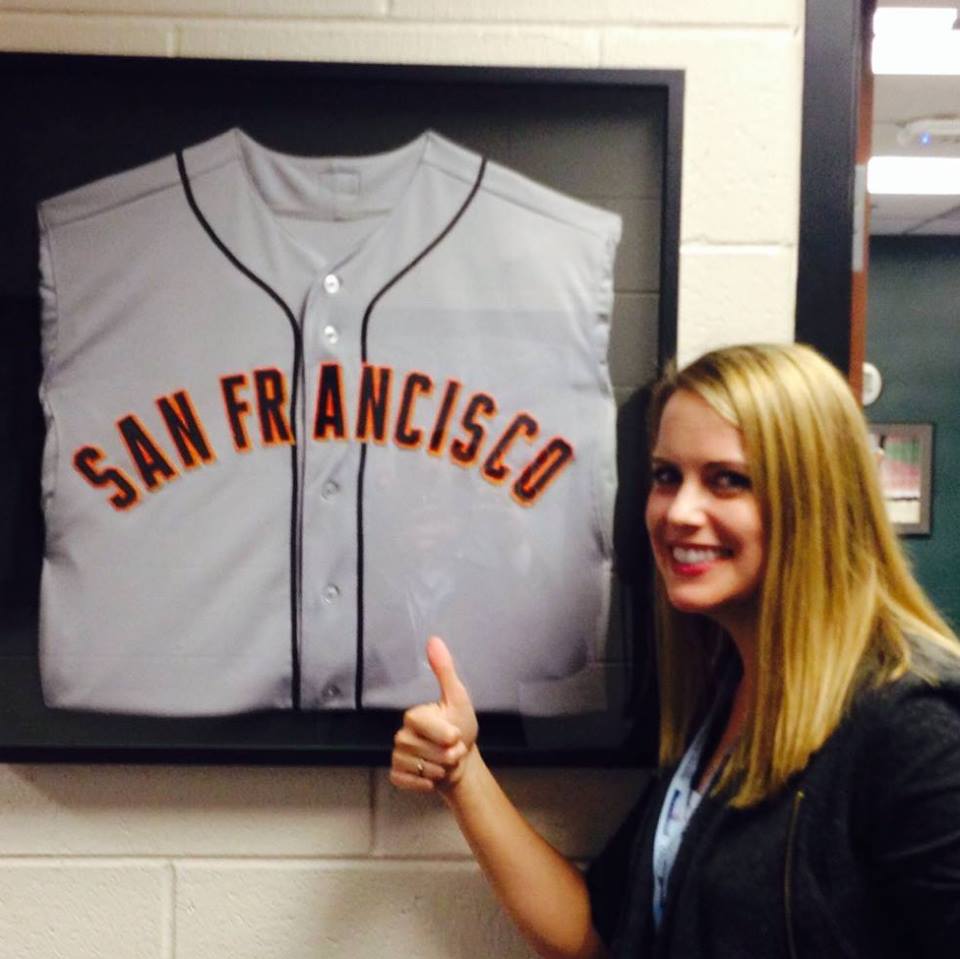 Once told by a complete stranger outside of the Arlington Cinema and Drafthouse that she was pretty enough to be on Star Search, Beverly Hallberg (“Bev”) is more than a pretty face – she’s an entrepreneur! As the Founder and President of District Media Group – a firm specializing in media training – she teaches her clients how to turn “complex issues into simple conversations.” Bev has helped members of Congress, political commentators, and organizational heads prepare for television appearances. If you see someone on the right on tv, chances are Bev has trained them.

How I describe my job in 10 words
Helping people craft their message and present their “best self” in media interviews.

My day-to-day at work…in three sentences
Does anyone in DC have a basic day-to-day?  Typically, I’m either teaching a seminar on messaging, taking clients through mock interviews, or helping craft talking points. But every day I’m monitoring the news so I know the current hostile questions in the media cycle. Gotta keep my clients primed for MSNBC.

I couldn’t do my job without
My iPhone. I’m rarely in my office. So being able to answer emails, texts, and calls on the go is essential.

Most important moment in my career (so far)
Launching District Media Group!

Unexpected skill that has helped me the most
Being sensitive to other people’s feelings has been helpful in my job. Most people find their on-camera experience nerve wracking. Having to watch that clip back and receive feedback can be even worse. Finding the sweet spot of critique that builds up instead of tears down starts with reading people well.

The best advice I have received
The liberty movement is small. The DC circle is even smaller. Don’t make enemies.

Social media has been game changing. If you are not on-message all the time, you could become a meme. Or, worse, go viral.

The element of working in politics that most surprised me
It’s all about who you know. Again, don’t make enemies.

The most important issue many don’t see yet
We make intellectual appeals instead of emotional appeals in our media interviews. If we talked more about people and less about policy we would see public opinion shift even more.

Where I think the movement will be in five years
There are a lot of different factions in the movement. I think we’ll see a more unified force in the next five years.

How I formed my political beliefs
My dad. He was active in the community serving as mayor for two years and a councilman for eight years. I learned a lot by watching him respond to his liberal critics.

Part 3: The Next Generation

Take a business class over that ridiculous elective. It will come in handy.

Skill or experience I’d recommend students get now
Regardless of your major you’ll go far if communicate well. Become a better writer and speaker and you’ll have a better title – and a bigger paycheck.

My most useful class in college
Advanced announcing. Dr. Rumminger wouldn’t let me settle for less than my best. While it meant hours of speaking into a microphone, it paid off.

The most fascinating figure in world history
I’m going to stick with recent history and say Margaret Thatcher. There’s a lot we can learn from her conviction and communication.

My heroes in fiction
This might sound cheesy, but I thoroughly enjoyed the Hunger Games series. While I was a little annoyed with the back and forth love triangle, I appreciate the strong female character. Katniss Everdeen stood up to big government, and that’s a great story to tell.

The most inspiring art I’ve read, seen, or heard
Impressionism is by far my favorite artistic movement. The artists broke from the norm to create moods and emotions through expression rather than keeping to strict standards. Claude Monet takes the cake in painting, and I’m a sucker for the composer Claude Debussy.

I’d star in House of Cards or West Wing (choose one)
House of Cards. But can I star as someone who communicates well but does it honestly? Does that exist in House of Cards? My main mission, though, would be to help Freddy get “Freddy’s BBQ Joint” back.

I can’t get through my day without
A good night’s rest. I wish I could be one of those people who can get by with 4 hours, but I need at least 7.

My connection to America’s Future Foundation and why I think it’s important
I’ve been a member for many years, and it’s been instrumental in building my network. Again, it’s all about who you know.

Patti Simpson is director of political and career services at the Leadership Institute.

Patricia is the director of career programs at the Leadership Institute. She has trained thousands of activists and helped thousands more in their job search. She owns more nautical themed clothing than should be legal. She and her husband reside in Arlington with their adorably blind miniature schnauzer.