How Economically Free is Your Metro Area? - America's Future Foundation

How Economically Free is Your Metro Area?

Before discussing the findings of this latest economic freedom report, it’s important to define just what we mean by economic freedom. According to the first Economic Freedom of the World Report:

Individuals have economic freedom when (a) property they acquire without the use of force, fraud, or theft is protected from physical invasions by others and (b) they are free to use, exchange, or give their property as long as their actions do not violate the identical rights of others. (Gwartney, Lawson, and Block, 1996: 12).

These various indices of economic freedom, therefore, roughly measure how free from government interference an economic system is, and the extent to which voluntary, private transactions are allowed to coordinate economic activity.

As the EFNA details, economic freedom varies substantially across the states. It’s probably unsurprising to you to hear that Florida, New Hampshire, and Texas take the highest three spots in the cross-state index, or that New York, Kentucky, and West Virginia are the three least free. Yet economic freedom can vary substantially within a given state, too. Take Florida, for instance. The MEFI finds that the Naples-Immokalee-Marco Island metropolitan statistical area (MSA) is substantially more free than the Panama City MSA. Or consider Texas. The MEFI rates metro areas on a ten point scale – and the Midland MSA is more than two points higher than the McAllen-Edinburgh-Mission MSA. 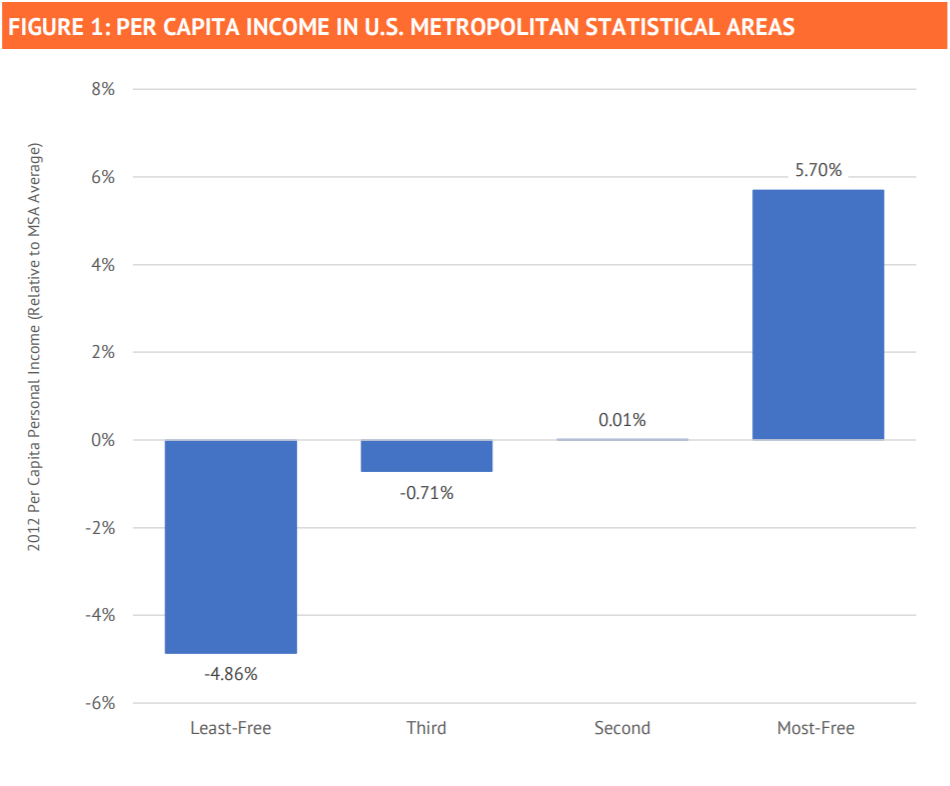 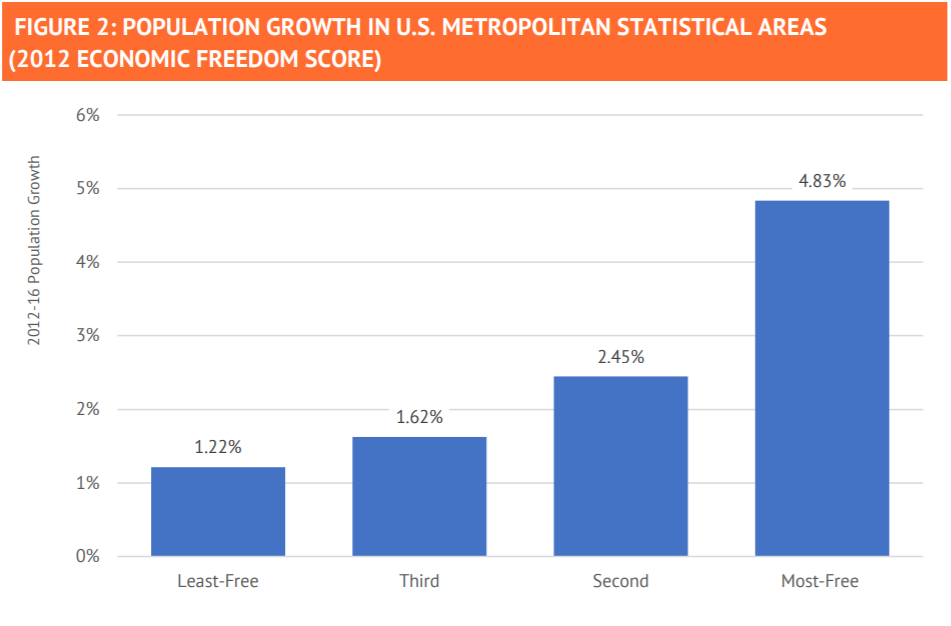 In many ways, these indices are concerned with helping us to understand the fundamental question of economics: why it is that some places are rich and others are poor. An increasingly large body of research tells us that economic freedom is at least part of the answer.

In his foreword to the first Economic Freedom of the World report, Milton Friedman made the following statement:

Freedom is a big word, and economic freedom not much smaller. To talk about economic freedom is easy; to measure it, to make fine distinctions, assign numbers to its attributes, and combine them into one overall magnitude—that is a very different and much more difficult task.

Dean Stansel has provided the most fine-grained analysis of economic freedom in the U.S. available to date. I encourage everyone to check out the data – and to see where your metro area ranks. If you rank lower than you would like, just remember: the first step to recovery is admitting you have a problem.

Meg is the assistant director of the O’Neil Center for Global Markets and Freedom, and is also a Research Assistant Professor with the Center. Her research focuses primarily on the determinants and correlates of economic freedom, as well as potential for private, philanthropic organizations to provide viable alternatives to public poverty relief programs.