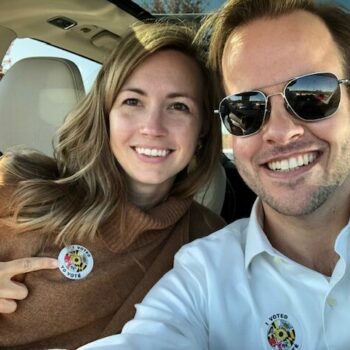 America’s Future is excited to introduce Jessica Anderson as a 2020 Buckley Award winner. A national leader in grassroots organizing, Jessica has grown and mobilized a movement of 2 million Americans to take action on this year’s most pressing issues through the Heritage Action Sentinel Program.

“As the new Executive Director of Heritage Action, Jessica has shifted the focus to expand the education of the grassroots through a major phone-banking and door-knocking campaign (during a pandemic!). The Fight for America, Vote for America campaign; the Police Pledge (with more than 220K petition signers, including 176 House members, 22 Senators and more than 300 state and local leaders) and a billboard campaign; and a major coalition effort on behalf of Judge Amy Coney Barrett have shown the energy and drive she brings to this leadership role,” one of her nominators writes.

Jessica’s leadership has clearly impacted many, leading to multiple nominations. As another nominator writes, “She is excellent at building strategy and bringing out the best work out of her team and now the entire organization.

For her successful work to educate and mobilize advocates for freedom across the country,  Jessica has won an award for “leading or organizing a significant grassroots initiative.”

Get to know Jessica!

1. What moment or opportunity in your life do you believe played the largest part in getting you to where you are today?

I am most thankful to have had the opportunity to serve President Trump in the White House. My time in OMB gave me a very real understanding of the many complex challenges we face as a country. OMB gave me a policy background and depth which I have brought to Heritage Action to help tackle problems in a way that harnesses the grassroots.

2. What piece of work or accomplishment are you most proud of?

Heritage Action Sentinels have come to lead the conservative grassroots movement. When we built the program we wanted a team of activists who would know more about policy issues and legislative procedure then even the elected officials who represented them. We wanted activists who could organize quickly and effectively to advance a policy or block federal overreach. And we wanted a structure that was nimble enough to pivot to new issues, but deep enough to turn a district from blue to red. I am deeply proud of the Sentinel movement and the role I played in creating the infrastructure for it to flourish today.

3. What inspired the above work or accomplishment?

Political campaigns come and go… but the people on the ground who work hard to elect candidates stay. They keep living in that small town or suburb and have to live with the decisions of that elected official. The Heritage Action grassroots, and Sentinels in particular, allow the movement to get past red team/ blue team and maintain a permanent grassroots infrastructure. We don’t roll out of town after Election Day. We stay and work in a community advocating for policies to make all lives better, all the time.

4. In your words, what motivates your belief in freedom?

Well, witnessing the despair and destitute of so many countries without freedom is motivation enough. Just watching the gut wrenching stories of citizens in places like Iran, China and Venezuela show me just how blessed we all are to live in America today.

5. What do you believe is the biggest challenge facing America today?

America has many challenges—both foreign and domestic—but none greater than the complex threat of the radical left which seeks to fundamentally transform America. Pick the issue: Defund the Police, Marxists teachers and professors, infanticide, squashing of religious liberties and the state erosion of parental rights. These are all real threats to our Republic, American institutions and each of our well-being. This is not “just happening” either….it’s not by chance. The radical left has willfully sought to destroy America using the very tools that make America great. They will succeed if we do not fight back and empower all Americans to stand up and mobilize for freedom, liberty, economic opportunity and family.

6. What is the next big goal or project you’re working on?

Georgia! Georgia! Georgia! The two Senate seats in Georgia represent the firewall of freedom for the Senate. And while only legal voters in Georgia will determine who represents them in Washington, their choice will have a decade long impact on the entire country. Our work in the state focuses on both voter turnout through an aggressive GOTV effort reaching 2 million voters in the Atlanta metro and suburbs and have committed to placing and training 500 poll workers in polling locations to keep the election secure.

7. What advice do you have for those who want to advance liberty and make a difference in our society?

Get involved locally. One thing we have all learned through COVID is that local politics matter. Upset that your children’s schools are closed? Angry that businesses are shutting down for good? Concerned whether the police will actually show up if you dial 911? These are all decisions made by state and local officials – mayors, school boards, city councilmen. It’s not just federal politics that matter. We have to invest locally and ensure freedom-loving people are filling all levels of government.

8. We’re assuming you’re working from home a lot these days, but what does a typical day “at the office” look like for you?

I basically oscillate between Zoom, Microsoft Teams, Google Hangouts and Facetime all day… with some media hits and parenting sprinkled in between.

9. Hobbies/side gigs/secret skills no one knows about? Any new quarantine-induced hobbies that you’ve picked up?

Ahh hobbies… I remember those. Before kids and work and COVID I did things. I played tennis, cooked, watched SEC Football…

10. There’s been a lot of negativity out there this year. What has been the best part of 2020 for you?

As hard as it has been to work from home, it has been so good. Watching my 14 month old crawl and learn to walk. Listening to my 7 year old recite Latin at virtual school over my conference calls. As a working mom, peaking into their little lives has been sweet joy.

Cat or dog? Neither.

Home office or work from the couch? Kitchen table 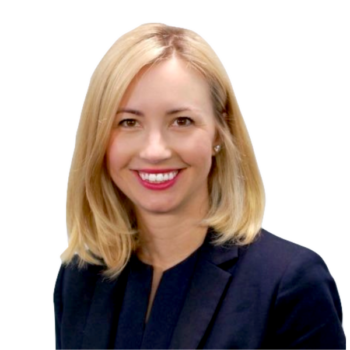 Jessica Anderson serves as the Executive Director of Heritage Action. In this role, Anderson is responsible for the strategic vision and operations of Heritage Action while working alongside The Heritage Foundation leadership to ensure both organizations are working toward common goals.

Prior to serving as Executive Director, Jessica served as Vice President to the organization. Before returning to Heritage Action in 2018, Jessica served as Associate Director, Intergovernmental Affairs and Strategic Initiatives for the Office of Management and Budget in the Trump Administration. She has over 10 years of political experience which includes her first tour at Heritage Action as Grassroots Director. Jessica landed on the 2017, 30 Under 30 Forbes List for Law and Policy and is a recipient of other top 30 Under 30 awards from Newsmax and Red Alert. Jessica Anderson has been published in The Wall Street Journal, USA Today, Real Clear Policy, The Hill, and The American Spectator.