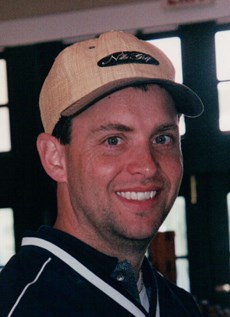 This past week America observed the tragedy of 9/11 on its 20th anniversary. But we also remembered Todd Beamer. This man led passengers of United Flight 93 in an attempt to regain control of the aircraft from the terrorist hijackers. This time of year brings to light old wounds and deep scars for many Americans but it is also a testament to the bravery and courage that is so deeply ingrained in American citizens.

Born in Flint, Michigan and a resident of Cranberry, New Jersey, Todd was an account manager at Oracle. By many accounts Todd was your so-called ordinary American. He went to college, played sports, got married, had kids, and was a businessman in corporate America. Until 9/11, Todd led a common life , but the magnitude of his actions on that fateful day saved American lives and prevented a terrible day from being much worse.

Detailed accounts of what happened on any of those four  flights is spotty at best. However, we know from a number of phone calls placed by the passengers that they knew the situation was dire and perhaps much worse than they could even imagine.

The terrorists had gained control of Flight 93 and it’s believed that there were multiple deaths onboard by the time the plane altered course and began heading toward its destined target (believed to be the US capitol building). Staring imminent death in the face but weighing the gravity of the situation, Todd and other passengers made a decision that they inherently knew was the right thing. The passengers of Flight 93 formed a plan to attack the piloting cabin in an attempt to regain control of the aircraft. This plot  resulted in the aircraft flying upside down and eventually crashing into a field in Pennsylvania at a speed of over 500 miles per hour.

Todd and his fellow Americans had no responsibility to take matters into their own hands. It’s even known now that then-President Bush had ordered the plane to be shot down had it entered Washington airspace. The passengers of Flight 93 thought it  their duty to stop evil that day and chose to sacrifice their lives.. Todd’s story is one of extreme tragedy and immense loss but is a shining example of what makes America such a beautiful country: its people. America’s ordinary, average, everyday people who go to work, get married, raise kids, and are taught that Americans stand up and stand together in the face of adversity no matter its form.

As the 20th anniversary of 9/11 came and went, a new generation of Americans, the majority of which  were either unborn or simply too young to remember September 11th. “Never Forget” is a phrase often used in regards to the events of 9/11 to ensure Americans remember a single day that changed the trajectory of America forever and now educate those too young to recall its events. Included in this should be the legacy of people like Todd, the passengers of Flight 93, and countless first responders at ground zero. We must not forget their legacy and the American values of honor, duty, and courage that they lived by that day.

September 11th is a hard day for many Americans who saw and experienced such hopelessness and despair. But by remembering the actions of ordinary heroes. such as Todd Beamer, makes the darkness a little brighter and teaches us to never give up no matter how dire the situation.

Jack Langley was born and raised in Oklahoma. He attended East Central University in Ada, Oklahoma and spent a semester working on Capitol Hill in defense and foreign affairs. After graduating with a degree in political science in May of 2020, he commissioned as an officer in United States Marine Corps and reported to Quantico, VA to begin initial officer training.