Over 200 free-market leaders and advocates gathered last week at the Ninth Annual Buckley Awards in Washington, DC, to celebrate the four outstanding 2018 award winners and their positive impact on our society: Ericka Andersen, Rob Bluey, Carrie Sheffield, and Christina Sandefur.

ICYMI–here’s a recap of the night’s events, as told through social media. 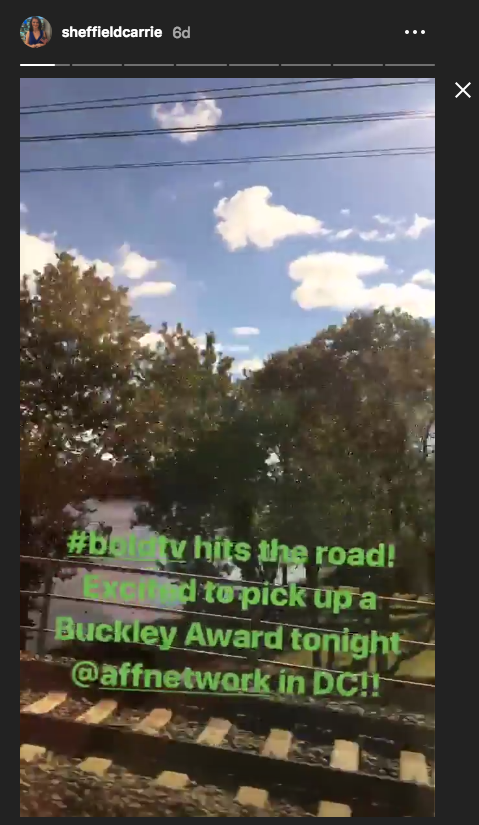 .@ErickaAndersen receiving #Buckleys2018 award for reminding everyone about the importance of families and civil society in solving our country’s opioid crisis. pic.twitter.com/fLNq2uZraG

Congratulations @RobertBluey, Editor in Chief of @DailySignal and a winner of the 2018 @AFF William F. Buckley Award! It’s an honor to work with you. pic.twitter.com/1xXS0fhVIQ 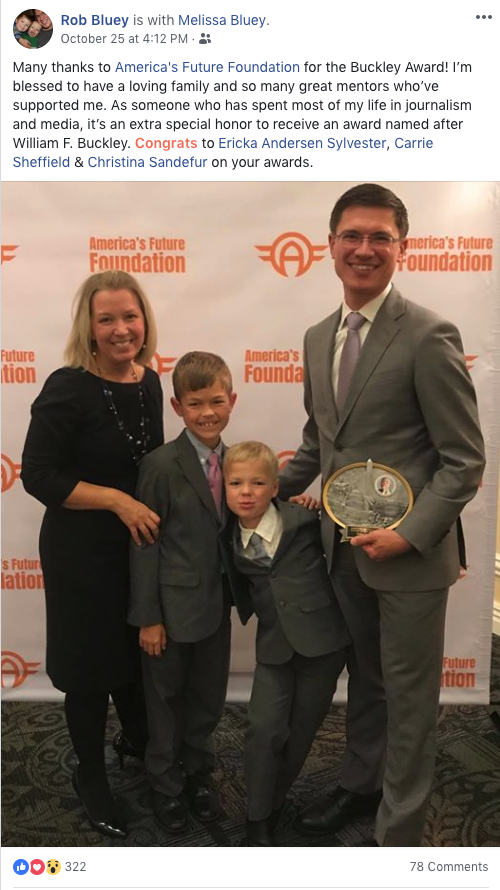 Thanks @AFF for the #Buckley2018! Big shoes to try and fill left by William F. Buckley, but as a fellow news entrepreneur he inspires me! #startuplife #BoldTV https://t.co/HHM2xcCLng pic.twitter.com/LYYYKFYZdp

Thank you to @AFF for honoring me with a Buckley Award! And thank you to my talented and dedicated colleagues at @GoldwaterInst, without whom I would not be receiving this award. I’m so proud of the work we’ve done together to advance and defend freedom nationwide! #Buckleys2018

Check out what others had to say about our winners:

Congratulations to @ErickaAndersen @RobertBluey @cmsandefur and @carriesheffield, winners of the 2018 @AFF Buckley Awards. CEI applauds the work of these outstanding individuals!

.@AFF couldn’t have made better choices this year! So happy to see two people I’ve long looked up to, @RobertBluey and @ErickaAndersen, honored for their work. Congrats! #Buckleys2018 https://t.co/ojljsPYxq1

Kristine Goffos is the director of marketing for America's Future Foundation. A native Iowan, Kristine is an avid Cyclones fan, and she enjoys a good cup of coffee (or two, or three).