America’s Future is excited to introduce the second of four 2018 Buckley Award winners: Rob Bluey. Rob has made a significant impact in spreading the ideas of liberty and free markets across the nation, reaching new and wider audiences through his work at The Heritage Foundation and the founding of its multimedia arm, The Daily Signal.

“In his 30’s, he’s leading the communications operation for the largest and most influential conservative think tank in the country helping to educate others on liberty. Additionally, he is the editor-in-chief of one of the fastest growing and influential media outlets – The Daily Signal,” notes one of the judges.

Through his work to communicate the values of liberty to the nation in new and diverse ways, Rob has earned an award for “leading and organizing a significant media initiative.”

Celebrate with Rob at the Ninth Annual Buckley Awards on Wednesday, October 24, at 6:00 pm at the Hillsdale College Kirby Center in Washington, DC. RSVP here to attend.

His nominator says, “Rob is a dedicated and effective leader of The Heritage Foundation‘s communications department and founding editor of The Daily Signal. He brings leadership experience in public policy, journalism, crisis communications, digital strategy, social media, visual storytelling, investigative reporting, media relations, and reputation management. Rob is passionate about communicating conservative principles and policies to audiences in both traditional and emerging media.”

Get to know Rob!

What moment or opportunity in your life do you believe played the largest part in getting you to where you are today?
When I was a senior in high school, I decided to take a different path from my classmates and participated in a program that allowed me to spend four days a week doing communications-related internships. The Clinton Courier, a small weekly newspaper, was my first and introduced me to journalism. My editor, Chuck Kershner, taught me so much and inspired me to pursue it as a career. 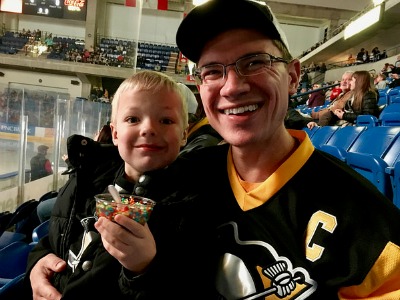 If you could be doing anything else professionally, anything at all, what would it be?
Sports photography. Until I land my dream job at Sports Illustrated, I’m content taking pictures at my kids’ Little League games every weekend.

What piece of work or accomplishment are you most proud of (besides this Buckley Award)?
I’m most proud of starting The Daily Signal, the multimedia news outlet of The Heritage Foundation. When I took the job at Heritage in 2007, my biggest fear was leaving journalism. But I saw an opportunity to build something new. And even though it took seven years, I’m so proud of what our Daily Signal team has accomplished since its launch in 2014. It’s encouraging to see many of our Daily Signal staff and alumni excelling.

What inspired the above work or accomplishment?
An educated citizenry needs trusted sources of information. Combining the assets of a think tank with the storytelling capabilities of a news outlet seemed like a great fit. Americans, and especially conservatives, have lost trust in legacy media and The Daily Signal is filling that gap. Each day we strive to tell compelling stories that explain how policies are impacting real people. And we do it with a commitment to high standards and quality journalism. 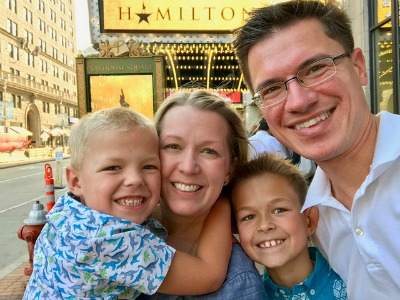 There’s no typical day when you work in communications and media, and that’s even more true with President Trump in the White House. Most days I spend working with our talented team at The Heritage Foundation to ensure we’re accomplishing our strategic goals and advancing our mission of promoting conservative policies. As often as I can, I enjoy writing, interviewing, and the thrills of journalism.

What do you believe is the biggest challenge facing America today?
There are external threats of people who want to harm us and internal threats like our national debt. But one challenge that worries me as a father is our politically correct culture. I’m not sure my kids will enjoy the same freedoms if we continue down this path. 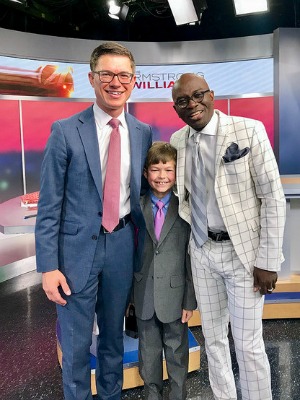 Hobbies/side gigs/secret skills no one knows about?
Running. Each year, I return to my hometown of Utica, N.Y., to run the Boilermaker 15K with my father. It’s a highlight every year.

What advice do you have for those who want to advance liberty and make a difference in our society?
We need to reach more people with a positive message about liberty. That’s a reason we started The Daily Signal and why we’re now exploring new ways to spread the good news. In some cases, it simply means showing up.

What are you watching on Netflix/Amazon/Hulu right now?
We’re rewatching “The Office.” We figured it was worth another look after Steve Carell said “it might be impossible to do that show today” because of political correctness.

Brewed coffee or latte/mocha/etc.?
None, never even tried it

Email or GChat or Slack?
Email

Go to a movie or rent a movie?
Rent 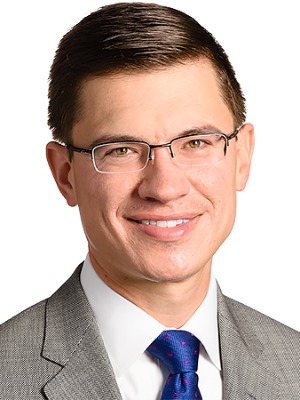 Rob Bluey is the vice president of communications at The Heritage Foundation and editor-in-chief of The Daily Signal, the think tank’s multimedia news organization.

Rob is the founding editor of The Daily Signal, launched by Heritage in June 2014 to provide insightful, credible reporting and influential commentary on policy issues from a conservative perspective. He joined Heritage in 2007 after five years as a reporter and editor in Washington, D.C. Within a year, he was named editor-in-chief of Heritage.org and oversaw creation of the rapid-response policy blog, The Foundry, and its daily e-newsletter, Morning Bell.

Rob serves on the board of visitors for the Institute for Political Journalism. He frequently speaks about journalism and digital strategy. Campaigns & Elections magazine named him a “Rising Star” in 2008. Politico placed him among Washington’s “Top 50 Politicos.”

He currently resides in Northern Virginia with his wife and two sons.