America’s Future Foundation is excited to introduce the final of four 2018 Buckley Award winners: Christina Sandefur. Christina has made a significant impact in the lives of thousands of terminally ill Americans, empowering them to make decisions about their own health treatment through the “Right to Try” initiative.

One of the judges put it best by saying, “Christina Sandefur’s efforts with Right to Try are inspiring.”

Through her work to advance liberty in the lives of all Americans, Christina has earned an award for “leading and organizing a significant grassroots initiative.”

Celebrate with Christina at the Ninth Annual Buckley Awards on Wednesday, October 24, at 6:00 pm at the Hillsdale College Kirby Center in Washington, DC. RSVP here to attend.

Her nominator says, “Christina spearheaded the successful passage of the ‘Right to Try’ bill through 40 states *and* Congress, giving hope to thousands of terminally ill Americans who had previously been denied access to possibly lifesaving experimental treatments.”

Get to know Christina!

What moment or opportunity in your life do you believe played the largest part in getting you to where you are today?
It’s hard to pinpoint exactly what moment or opportunity played the largest part in jumpstarting my career in the freedom movement, because for as long as I can remember, advancing liberty has been a goal toward which I’ve strived. Attending Hillsdale College certainly opened many doors for me. Hillsdale did not instill in me a passion for liberty, but it gave me a unique opportunity to explore, sharpen, and challenge my beliefs. It introduced me to the world of public policy and facilitated my first gig in the freedom movement at the Michigan-based Mackinac Center. And at Hillsdale, every student is required to take a course on the Constitution in order to graduate (unlike at many law schools, that means reading the original document beginning to end). I’m fortunate to have had such a strong start and doubt I’d be where I am today without it. 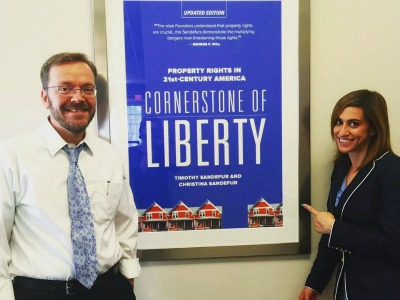 If you could be doing anything else professionally, anything at all, what would it be?
I’ve always dreamed of being a film director. Working in the freedom movement, I’ve witnessed the powerful role that storytelling plays in winning over hearts and minds. Film is a particularly effective medium for expressing ideas and sharing experiences – it allows us to communicate, create, connect, and challenge.

What piece of work or accomplishment are you most proud of (besides this Buckley Award)?
I’m most proud of the Goldwater Institute’s Right to Try initiative, which protects terminally ill patients’ right to try safe investigational treatments that have been prescribed by their physician but are not yet FDA approved for market. I’m fortunate to have been involved in that project from its inception, from conducting the legal and policy research; to crafting the model legislation; to working with our allies, doctors, patients, policymakers, advocates, and supporters nationwide to pass the law in 41 states; to seeing Right to Try become the law of the land when it was signed by the President earlier this year. It was a tremendous accomplishment for freedom and for federalism.

What inspired the above work or accomplishment?
Thousands of Americans suffer and die each year while treatments that could help them are awaiting the outcome of a slow, bureaucratic process that takes a decade on average before potentially lifesaving treatments can receive final government approval for sale. That’s unacceptable. Why should the government have the power to make life-or-death decisions for individuals? After all, it’s a basic constitutional right – a basic human right – to fight for one’s life. Right to Try is a declaration that in our free country, people should be able to decide for themselves whether to try medicines that could prolong or even save their lives. 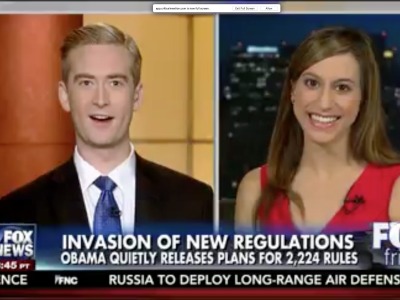 I’m a libertarian because I believe that freedom is mankind’s most precious gift and is essential for human flourishing. The right to live our lives as we see fit – to shape our own destinies – is what makes life more than mere existence. When he ran for president, my organization’s namesake Barry Goldwater said, “We do not seek to lead anyone’s life for him. We seek only to secure his rights and to guarantee him opportunity to strive.” I’m a libertarian because I know that freedom empowers people to live freer, happier, more hopeful lives.

What do you believe is the biggest challenge facing America today?
It’s hard to pinpoint the biggest challenge facing America today, but a significant challenge for the freedom movement is that people are so focused on setting policy in Washington, where bureaucracy runs deep. To be successful, we need to convince people to utilize our federal system, starting in our state capitols and with the people themselves. As Right to Try has shown us, we have it in our power to fix many national problems from the ground up. We can bring change in our 50 state capitols to protect our freedoms when the federal government fails.

Hobbies/side gigs/secret skills no one knows about?
I’m slightly obsessed with shoes. Just about everyone who knows me knows that…
…But what most people don’t know is that I own over 100 pairs. I have a very patient husband.

What advice do you have for those who want to advance liberty and make a difference in our society?
We are fighting an uphill battle, and it’s hard to overcome bureaucratic inertia. Sometimes, the wheels of justice turn slowly. Don’t be discouraged by setbacks and naysayers. 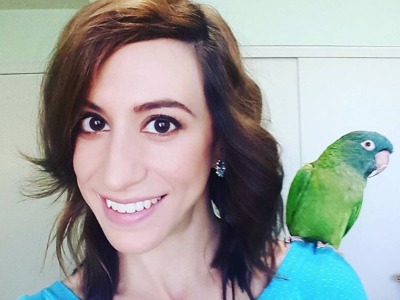 One of my favorite lines from Atlas Shrugged comes from Hank Rearden after he and his business partner learn that a damaging regulation has just been enacted: “Mr. Ward, what is it that the foulest bastards on earth denounce us for, among other things? Oh yes, for our motto of ‘Business as usual.’ Well-business as usual, Mr. Ward!”

It is an absolute privilege to be able to fight for freedom every day. Do it with pride. Keep your chin up. Don’t let the bastards get you down.

What are you watching on Netflix/Amazon/Hulu right now?
I’ve watched every episode of Black Mirror on Netflix. This show is just so good – it reminds me of the original Twilight Zone. I’m fascinated by its exploration of technology as a reflection of human nature: our virtues and our shortcomings. It’s so important to remember that so many things in life are not intrinsically good or bad: technology, money, power, fame. They’re tools that can be used for good or evil.

Android or Apple?
Little bit of both – I swear by my Android phone, but I have a Macbook

Email or GChat or Slack?
Email 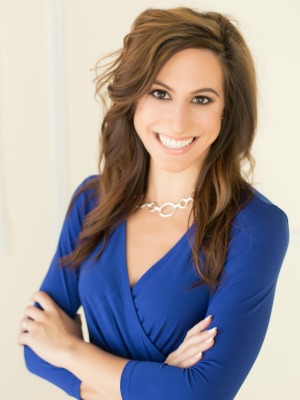 Christina Sandefur is the executive vice president at the Goldwater Institute. She also develops policies and litigates cases advancing healthcare freedom, free enterprise, private property rights, free speech, and taxpayer rights. She is a co-drafter of the 40-state Right to Try initiative, now federal law, which protects terminally ill patients’ right to try safe investigational treatments that have been prescribed by their physician but are not yet FDA approved for market.

Christina is the co-author of the book Cornerstone of Liberty: Private Property Rights in 21st Century America (2016). She is a frequent guest on national television and radio programs, has provided expert legal testimony to various legislative committees, and is a frequent speaker at conferences.

Christina is a graduate of Michigan State University College of Law and Hillsdale College.