America’s Future Foundation is excited to introduce the third of four 2018 Buckley Award winners: Carrie Sheffield. Carrie has made a significant impact in bringing together diverse audiences and exposing them to conservative ideas through her innovative multimedia outlet BOLD.

As one of the judges puts it, “Carrie has been at the forefront of engaging liberty-minded individuals with her multimedia media operation, BOLD. She’s not afraid to bring together individuals from the Right and Left to debate and have the necessary dialogue our country needs if we are ever to get past this current partisan, political state we’re in.”

Through her work to inform and engage young Americans across the political spectrum on today’s important issues through the lens of liberty, Carrie has earned an award for “leading and organizing a significant media initiative.”

Celebrate with Carrie at the Ninth Annual Buckley Awards on Wednesday, October 24, at 6:00 pm at the Hillsdale College Kirby Center in Washington, DC. RSVP here to attend.

Her nominator says, “Carrie’s ideas and beliefs are strongly conservative and have been reinforced through her personal and business experience. She is not afraid to express them on the national arena and strives on every occasion to have her voice heard. She is fearless in debating the opposition and doesn’t get intimidated by any personality of the political Left. She actually enjoys the challenge and welcomes the chance to further the conservative view.”

Get to know Carrie! 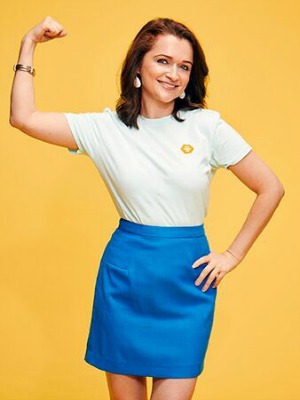 What moment or opportunity in your life do you believe played the largest part in getting you to where you are today?
My faith in God’s grace and in the American Dream.

What is the biggest challenge you’ve had to overcome in your career so far?
My own self-doubt. There will always be haters, combatants and indifferents, but if you don’t believe in yourself, you’ll never rise above. People believe in those who believe in themselves.

If you could be doing anything else professionally, anything at all, what would it be?
Singing and playing piano on Broadway with my buddy Clay Aiken 🙂

What piece of work or accomplishment are you most proud of (besides this Buckley Award)?
Graduating from Harvard on a full-tuition scholarship and founding a successful media company after surviving a childhood of poverty, physical, emotional, psychological, and sexual abuse. 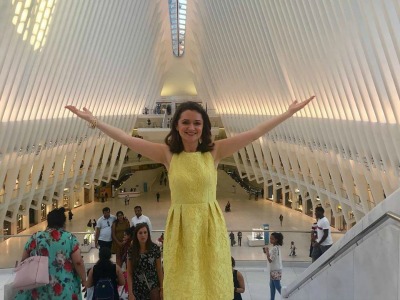 I am unapologetically committed to preserving free enterprise, capitalism, and a robust private civil society (including faith community) as the most staggering means of advancing human flourishing in the world. We as Americans have always stood at the forefront of that flourishing; the miracles wrought through our commitment to personal freedom and enlightenment have enabled the most astonishing discoveries in history. These simple, though dazzling truths, are so often obscured in today’s culture of shame and anger directed at our Forefathers, who were but fallible human creatures pulling us along the path of innovation. These American Forefathers laid the blueprint for us to seek happiness—a revolutionary concept not accessible to the common man or woman elsewhere amid the world’s oligarchies and dictatorships. And while certainly our history is besotted with sins and error, we are a society that has constantly marched toward an undeniable Exceptionalism. Because of free enterprise and personal responsibility, we became a society that is wealthier, more generous, productive and creative than all others. We are a nation that preserves global stability through robust military presence that does not seek conquest, rather cooperation. We are a nation that empowers women, people of color, the disabled and the vulnerable to achievements not seen anywhere else. This is why I’m conservative: I want to preserve and perfect this legacy.

What does a typical day at the office look like for you?
I have dual roles as founder of Bold, a digital TV network with bipartisan, business & lifestyle content, and the National Editor of Accuracy In Media (AIM), a conservative media watchdog whose mission is to promote accuracy, fairness, and balance in news reporting. I like to compare this to a member of Congress who is conservative personally and in their home district (e.g., my AIM work) and collaborates in a bipartisan manner on Capitol Hill (e.g. my Bold work). I juggle both roles during the day, whether that’s a daily media ombudsman blog post or video for AIM or an Instagram Live interview for Bold. I find this balance helps me to maintain my own voice while also working across the aisle and learning and growing in areas that are completely outside of politics. That last part is important because life is so much more than just politics–we have so much more in common than what divides us. 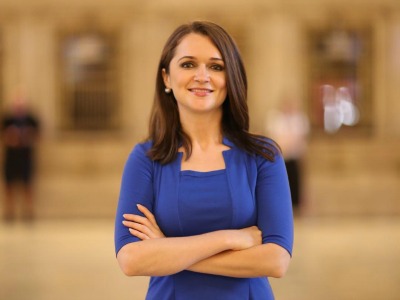 Hobbies/side gigs/secret skills no one knows about?
Love to travel! I traveled to every continent before I turned 30 (I celebrated my 30th with my sister in Sydney, Australia), including Antarctica, which was breathtakingly magical and cleansing.

What are you watching on Netflix/Amazon/Hulu right now?
“The Crown.” I’m a total Anglophile (founded Bold on Winston Churchill’s birthday in his honor, November 30) and I love this series.

Brewed coffee or latte/mocha/etc.?
Tea! All about the green tea.

Audiobook or podcast?
Neither. Paper books til the end. I like to joke I’m a grandma Millennial 🙂

Hamilton or Jefferson?
Not fair! I reject binaries like that.

Go to a movie or rent a movie?
Netflix 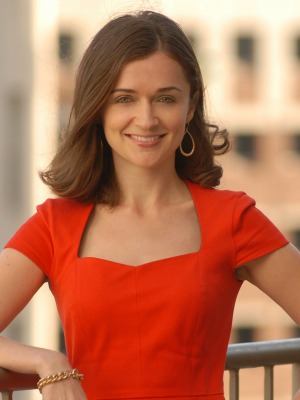 Carrie Sheffield is the founder of Bold. She is passionate about storytelling to empower and connect others. A founding POLITICO reporter, Carrie contributed on political economy at Forbes and wrote editorials for The Washington Times. After earning a master’s in public policy from Harvard University, she managed credit risk at Goldman Sachs and researched for Edward Conard, Bain Capital founding partner and American Enterprise Institute scholar. She earned a B.A. in communications at Brigham Young University and completed a Fulbright fellowship in Berlin.