America’s Future Foundation is excited to introduce the first of five 2019 Buckley Award winners: Richard Lorenc. Richard has made a significant impact on the education of the next generation of free-market leaders through his work at the Foundation for Economic Education (FEE).

As his nominator writes, “Under Richard’s leadership at FEE, their outreach and fundraising have skyrocketed. They produce world-class content and events, and do a great service to broadening the reach of the liberty movement.”

Because of his creative and innovative efforts to educate the next generation on free-market values and policy solutions, Richard has earned an award for “advancing liberty and the understanding of the ideas of a free society.”

Celebrate with Richard at the Annual Gala and Buckley Awards on Thursday, May 23, at 7:00 pm at Nationals Park in Washington, DC. Purchase your tickets here.

One of the judges says it best as they note, “I have been impressed with [Richard’s] work for years. He is one of the most well-rounded and intelligent individuals we have in our movement today and is helping to expand liberty by literally educating thousands of students and young professionals all around the country with his work at FEE. Richard is one of those few where you don’t need a full-throated defense to honor his work, commitment, and overall character that this award embodies. His personal background, story, commitment, and character serves as a role model for others.“

Get to know Richard!

I was brought into the ideas of liberty by my father and mother who were first- and third-generation citizens respectively. Talking about those ideas as a child and teenager definitely positioned me to advocate for freedom, but it wasn’t until I found an IHS flyer in the lower level of a lecture hall at Emory University that I found myself entering the network of organizations that we affectionately call “the movement.” Shortly after attending an IHS seminar, I applied to a job in communications in Chicago. I loved that job and the people there so much that I was hooked, and now, 13 years later, here I am! 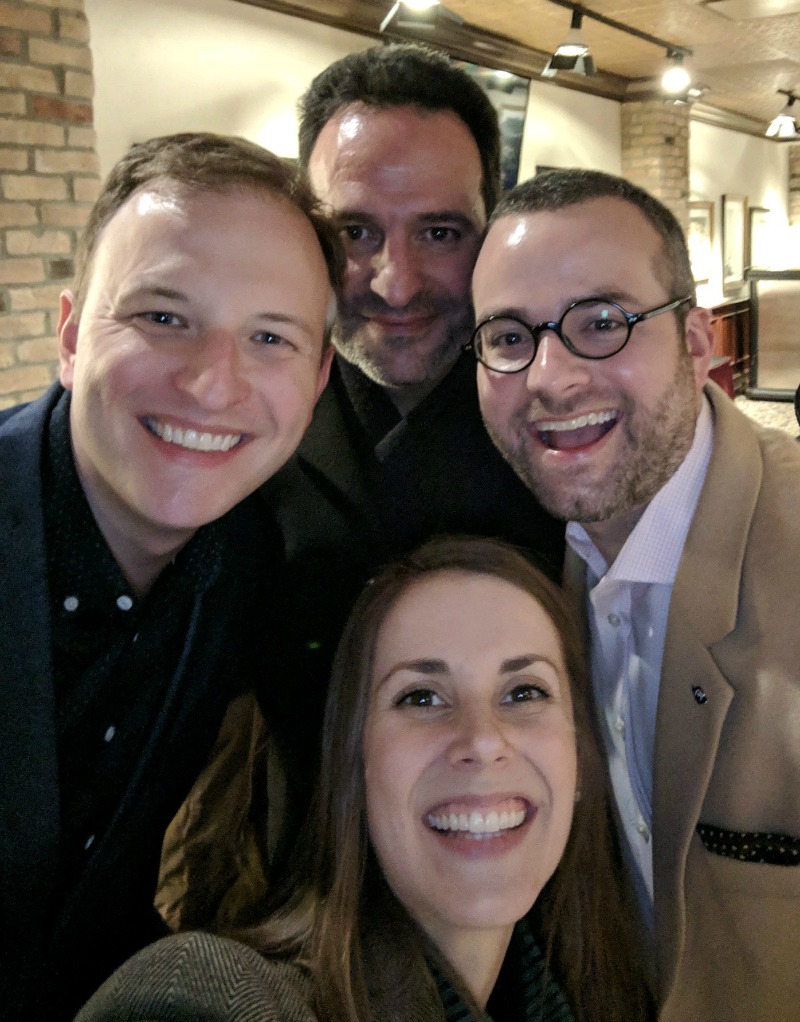 The biggest challenge in my career–and probably life, generally–is effective communication. Ever since I’ve become a manager and a formal leader of people in my work, I’ve discovered just how difficult communicating clearly actually is. Forget the secondary challenge of teaching the ideas of liberty to newcomer students—that’s hard, too. I’m talking about communicating effectively with colleagues, otherwise called leadership. I count the major times that I’ve succeeded in this among the highlights of my career, and continue to work every day to discover better ways to lead. 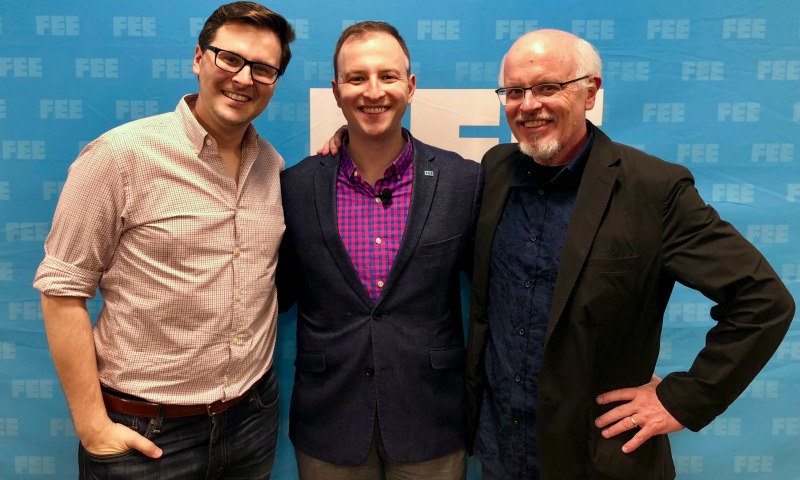 I have worked with an incredible team at FEE to turn our organization into a 21st-century powerhouse. That alone has been a feat, but specifically I’m most proud of how I’ve led FEE’s visual transformation to include substance and style. From online graphics to important environmental details at FEEcon to FEE’s excellent video production, FEE is arguably the most beautiful organization promoting the ideas of liberty today.

My dad is a noted designer, having started his career by creating the Target Stores logo. His attention to detail and beauty throughout my life has attuned me to the importance of design in attracting people to new ways of thinking. Despite my focus on promoting freedom, I continue to do a bit of work with my dad’s company, so I’m constantly exposed to new ideas and trends in design, which I bring right back to FEE.

I am a libertarian because I believe fully in FEE founder Leonard Read’s mantra: “Anything That’s Peaceful,” meaning that individuals should be permitted to pursue any action or idea that does no harm to another. (These days there is a lot of talk about the best definition of harm, but I’ll leave that to others to disentangle.) I believe that libertarianism is strictly a political philosophy that does not instruct us too much on how we should live full lives. We need to tap into other ideas and institutions for a fuller set of values, but, politically, advancing personal liberty is my only answer because it not only works to foster human prosperity, but it’s the most ethically correct.

The biggest threat to our free society is cynicism and a growing indifference to truth. If we continue to collectively shrug our shoulders when news breaks or leaders speak recklessly, we will dull our capacity to make the necessary judgements that free people must make if we will continue to be free. Right now, we are, generally, doing a poor job of maintaining our freedom against those who would steamroll over it for personal benefit. This is an area that libertarians, moderates, and progressives generally agree on, if only we could get through to each other. 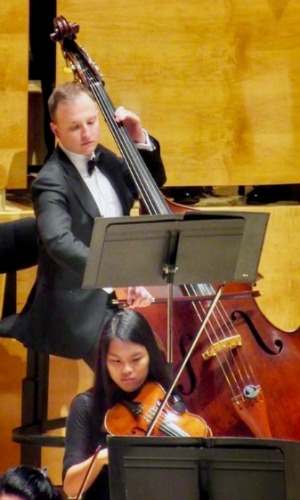 Aside from recently “retiring” after 16 seasons as a double bassist in the Emory University Symphony Orchestra, I am a huge Star Trek fan. My husband Colin and I attended our first Star Trek convention in Las Vegas last summer and are planning to attend again this year. I am also quite good with computers and designing websites, which is something that I did quite a bit more of while in school than today.

Regardless of the job you choose, there will be times that you will feel drained, down, or like you’re just going through the motions. That is when you must make a choice of whether to rediscover a productive energy where you are or direct your energies elsewhere. Never sit too long in a place where you are no longer learning. Find a cause or career that energizes you and you will make a valuable difference in the lives of others.

I can’t wait for the next seasons of The Handmaid’s Tale and The Man In The High Castle. As much as I’m working to discover the least imperfect ways for people in reality to work together, I somehow find myself attracted to dystopian stories. I can relax with them because they truly remove me from reality–not that they could never actually happen, but because they’re so outside of the reality that we inhabit currently. Let’s keep it that way!

Audiobook or podcast?
The Economist Magazine

Uber or Lyft?
Both–whichever is cheapest! 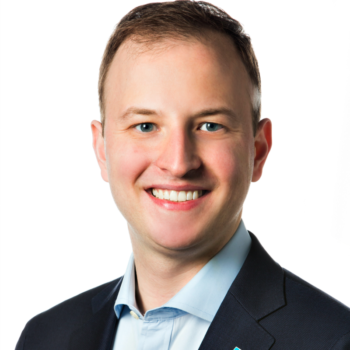 He is involved in a variety of civic, educational, and professional development organizations. He serves on the board of directors of the Coalition to Reduce Spending, Inc. and is the chairman of the board of directors for America’s Future Foundation. A dual American-Polish citizen, Richard serves on the advisory board of the Freedom and Entrepreneurship Foundation (Fundacja Wolności i Przedsiębiorczości). He is graduate of both the Charles Koch Institute’s [email protected] program and the Atlas Network’s Leadership Academy, including the Think Tank MBA. His background includes service at the Illinois Policy Institute, America’s Future, and Truth in Accounting.

Richard has traveled to over 30 countries and is widely published on topics ranging from constitutional government to LGBT rights and design. He is a graduate of Emory University and lives in beautiful Lake Claire, Atlanta, with his husband, Colin Caldarera.

Editor’s note: Richard Lorenc currently serves as the chairman of AF’s board of directors.