The results are in! More than 100 outstanding nominations came in for this year’s Buckley, Local Leader, and Media Maven Awards, and America’s Future is excited to introduce our winners.

These young leaders have made it a mission in their lives to promote freedom and individual liberty in our society, and their work is inspirational. Through their work – advancing the ideas of a free society through impactful research, leading a nationwide grassroots initiative, enacting meaningful policy reforms at the state level, and giving a voice to free-market ideas in the media – the efforts of this year’s winners to promote freedom and limited government better the lives and happiness of all Americans. 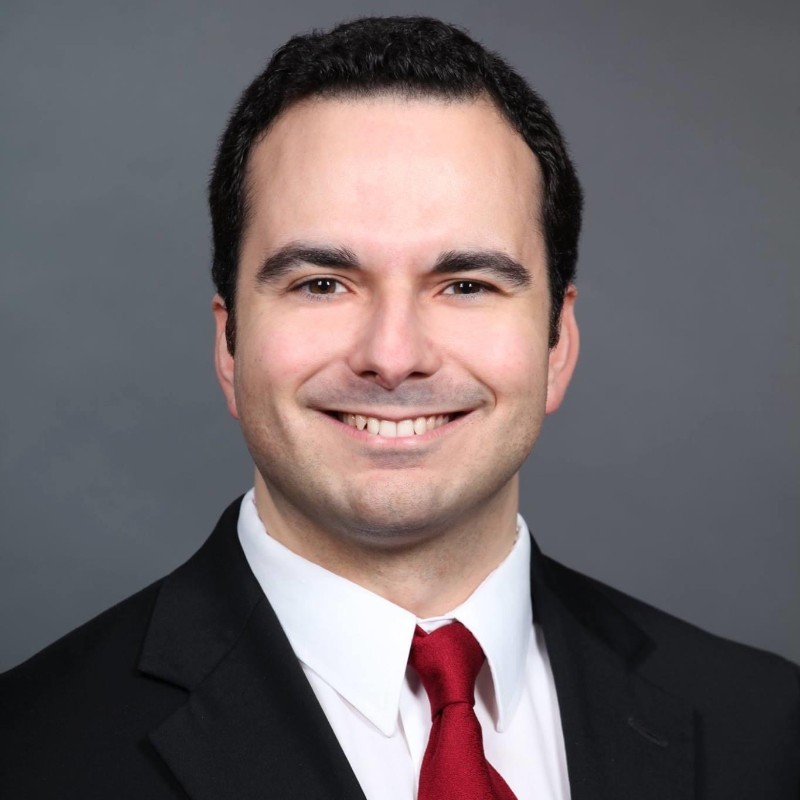 Anthony Spiratos has made a significant impact in the hospitality industry and in the Rhode Island community. During the COVID-19 pandemic when most restaurants were shut down or forced to offer delivery services, he found that delivery was unattainable to most restaurants due to the high fees major apps were charging. He launched Dine Out Life – a competitor to Grub Hub and Uber Eats – by using local knowledge and connections.

Now that the pandemic is in the rear-view mirror, Anthony is transitioning his business to an exciting model by providing premium, sustainable packaging for takeout orders. His business model will promote efficiency while reducing waste and he’s looking to expand into another dozen cities in the next year.

His nominator said, “The beauty of free markets is that they’re the best way to bring people the help they need when they need it. During the height of the pandemic, Anthony launched his business to lend a helping hand to his neighbors and the local restaurant community.” 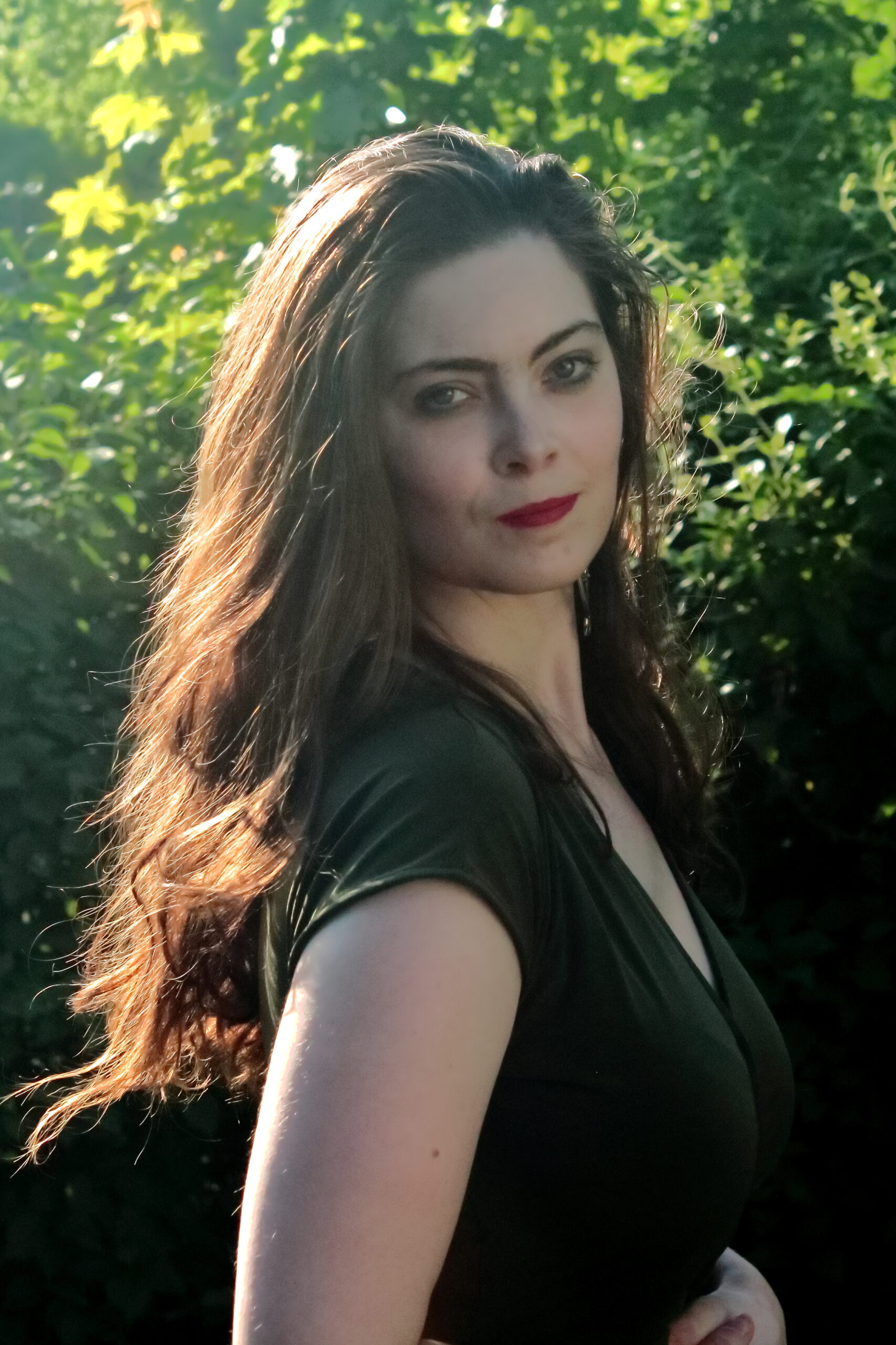 Katherine Revello is an intrepid reporter with the Maine Wire. In the fall of 2021, Katherine wasn’t afraid to ask well-reasoned questions during a COVID press conference hosted by the Maine CDC. For asking questions that would promote more government transparency, she was banned from attending future press conferences for being an “advocacy journalist.”

Fortunately for Katherine and journalists everywhere, this became a major news story and they were forced to reinstate her. The Goldwater Institute, the Reason Foundation, and the Maine Policy Institute filed a brief all the way to the Supreme Court supporting journalists and used her story as an example.

Her nominator said, “She has a razor-sharp intellect and is never afraid to speak her mind. Katherine is my hero.” 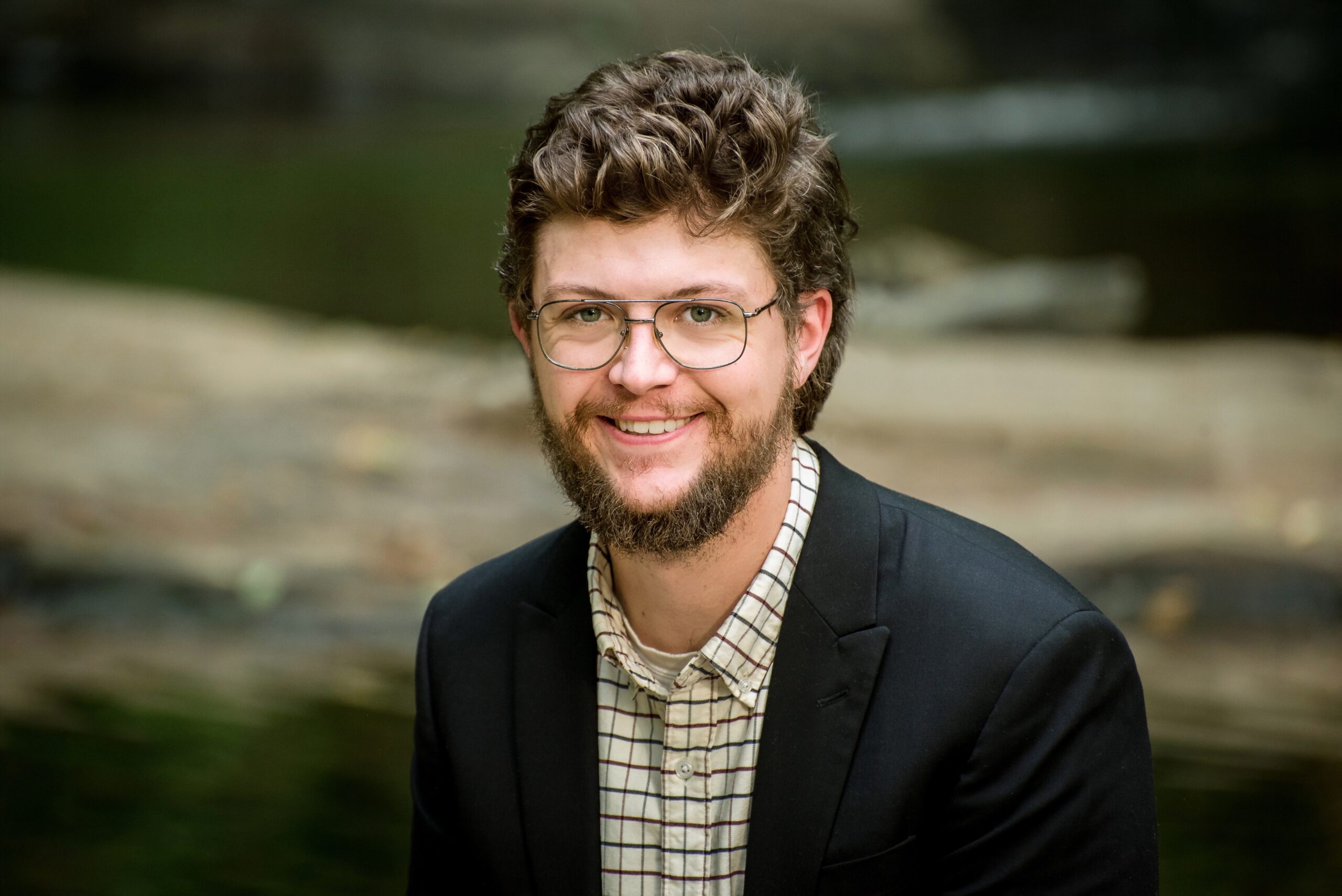 In August of 2020, Shaun Cammack was working on a proposal for Ph.D. research in cultural evolution. On August 25th, a young midwestern man shot four people in Kenosha, Wisconsin. The next day, two very different stories emerged. This divergence of the political narrative was a real-world example of what Shaun was researching, and so he decided to put together and tweet out a rough sketch mapping how, through transmission, omission, and mutation, two entirely different narratives emerged.

This off-the-cuff, messy sketch was widely shared and discussed. People began to request this kind of analysis for every divisive news story. Shaun then started the Narratives Project as a blog hosted on Substack. After a few months of experimentation and analyses, the project received funding to scale up into the organization it is today.

The Narratives Project began as an earnest attempt to understand the dynamics of our social divisions, and today we remain committed to that mission by pursuing peace through understanding.

Shaun says, “I’ve been able to turn a convoluted tweet into a fledgling nonprofit that organically reaches hundreds of thousands of people. I’m proud of that, but I’m more astonished and grateful.” 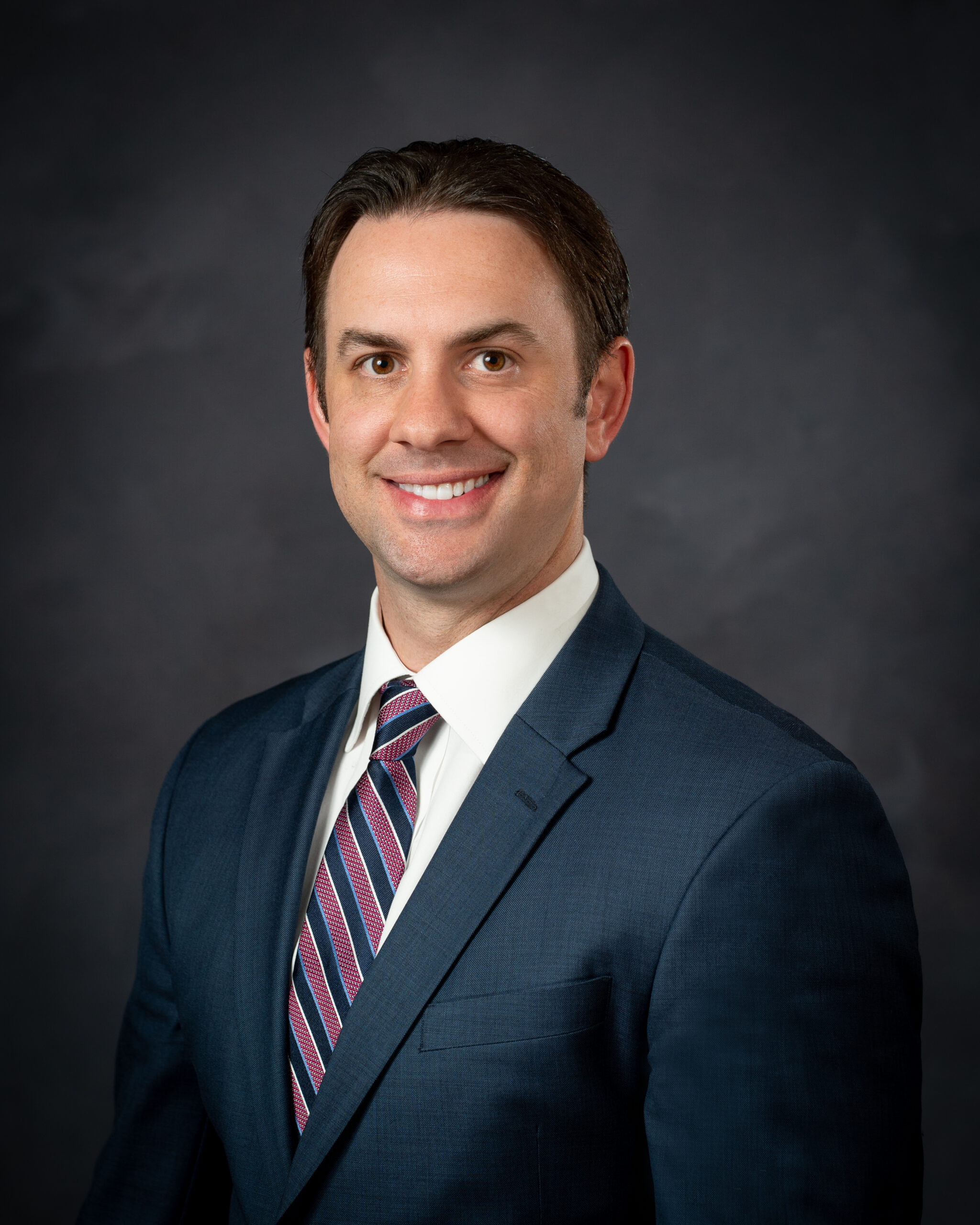 Garrett Ballengee is the founding Executive Director of the Cardinal Institute for West Virginia Policy and a champion for the Mountain State.

He helped build the Cardinal Institute from the ground up by assembling a team that has tackled the challenges that face West Virginia. Garrett has been a leader in seeing that West Virginia passed its first school choice legislation in the state’s history, becoming the country’s 26th Right-to-Work state, and oversaw many successful research projects on issues ranging from good governance to home-based business regulation and education reform and fiscal restraint.

A winner of the Atlas Network’s inaugural “Smart Bets” competition and member of the American Enterprise Institute’s Leadership Network, Garrett believes that the foundational ideas of freedom will lead West Virginia to achieve a “West Virginia Miracle.”

Garrett has worked to build several coalitions around issues such as health care reform, education reform, and labor reform. He has led the Cardinal Institute as they have grown toward an eight-hundred-thousand dollar budget this year alone.

A winner of the Atlas Network’s inaugural “Smart Bets” competition and member of the American Enterprise Institute’s Leadership Network, Garrett believes that the foundational ideas of freedom will lead West Virginia to achieve a “West Virginia Miracle.”

Garrett has cast a compelling vision for the West Virginia Miracle that gives others hope and a passion for the work they are doing.

His nominator said, “Even during times of great personal strife and family medical concerns, he has continued to lead our team forward as we are being nominated for our first policy awards as an organization and continuing to grow and attract new staff to the Mountain State. Our entire team owes a debt of gratitude to Garrett. In addition to being a great boss and leader, he takes the time to prioritize our individual professional development and help us all to become the best we can be.” 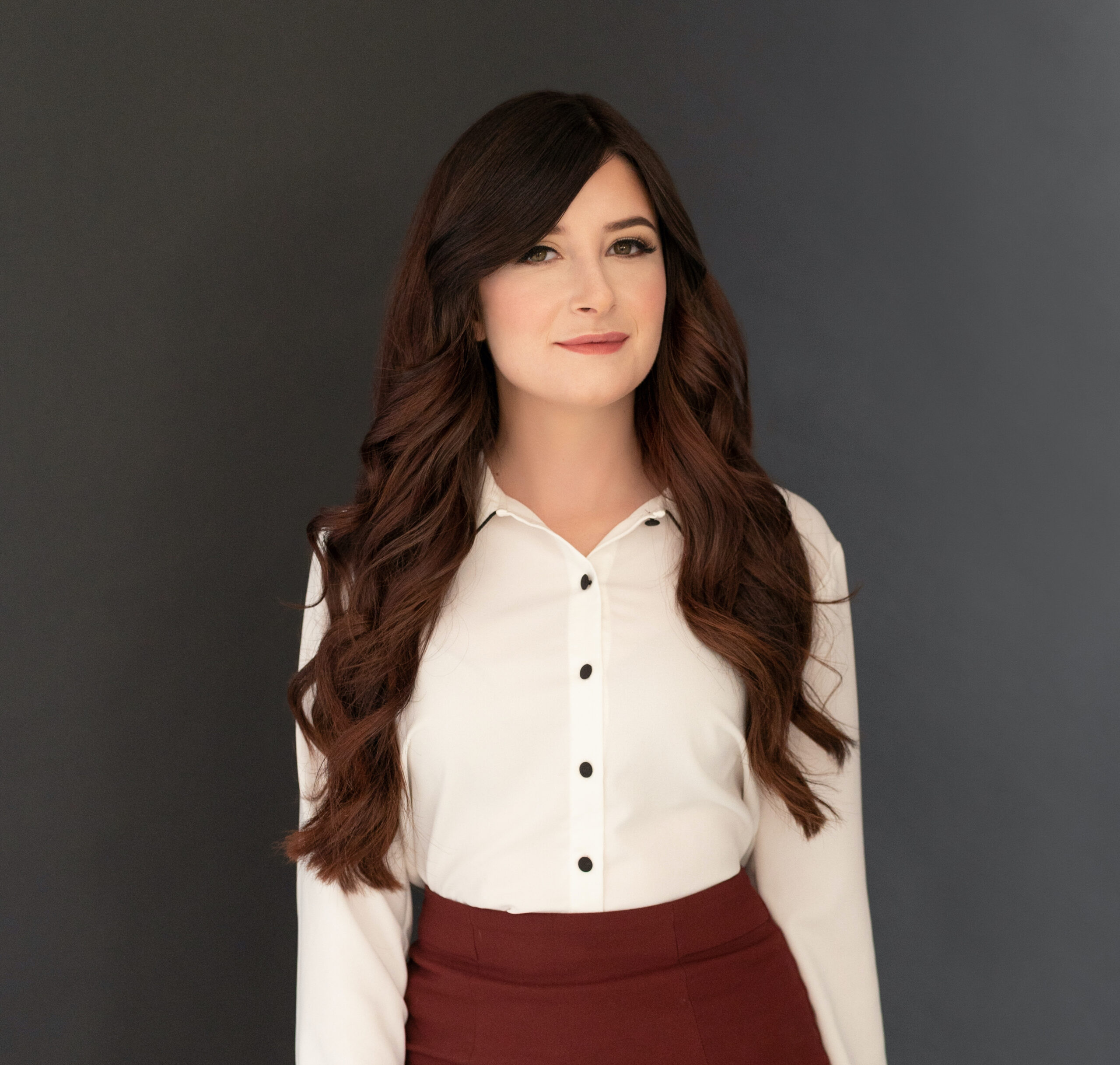 Kassy Dillon is a media personality, the founder of LoneConservative.com, and the Digital Director for Stand for America. She frequently makes media appearances and writes on topics involving the Middle East, free speech, and cultural issues on college campuses. Her work has appeared in the Wall Street Journal, The Hill, the Daily Wire, the Washington Examiner, and Campus Reform.

She has made a massive impact through her storytelling and her commitment to mentoring emerging talent in the liberty movement.

Recently, she filmed a documentary in Ukraine for The Daily Wire. Her team traveled to the Polish-Ukrainian border, not knowing what they would find or who they would meet.

Quickly, they were connected with volunteers, refugees, and young Ukrainians mobilizing to defend their country. From a fashion designer who turned his backpack workshop into a bulletproof vest workshop and the young moms fleeing with their children – they were able to bring many first-hand stories to a broader audience.

Kassy says, “Documenting the reality of ordinary people having their life completely uprooted in such a short time was our goal, and we worked long hours to do this as much as possible. My week on this assignment truly changed my life.”

Congratulations to all our winners! We’ll be handing out the awards and celebrating with them on May 26th at our Annual Gala!