This week, we’re kicking off the Fall 2020 term of AFF’s Writing Fellows Program. We’re excited to welcome 47 aspiring writers to the program, 22 of whom will be participating in our DC-based segment of the program. Get to know more about them below! 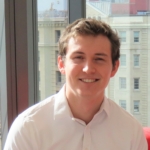 Xavier Bisits
Xavier Bisits grew up in Australia and Hungary; he graduated in 2015 from Trinity College, Cambridge, where he studied politics, edited the student tabloid, and founded the pro-life society. In 2019, he ran a survey of 800 Assyrians in Iraq for a Catholic NGO. He works in business in DC and sits on the board of Democrats for Life of America. 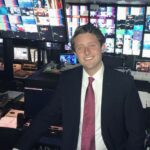 Douglas Braff
Douglas Braff is a journalist who covers US politics. Hailing from Long Island, NY, he just graduated from New York University in May 2020. 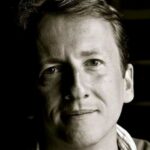 Chris Bullivant
Chris Bullivant is a conservative writer who has written for The Daily Telegraph, City AM, UnHerd, CapX, The American Conservative, ConservativeHome, and Free Market Conservatives. His ghost written opinion pieces have appeared in The Sunday Times and The Sunday Telegraph. Chris led two London-based think tanks, one that promoted a positive vision of the UK outside of the EU, and another providing welfare policy for a Conservative government. He has also worked for nonprofits in California and on K Street, and is married to a native New Yorker, Allie. They live with their daughter in the DC area. 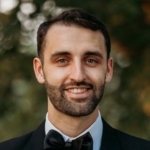 David Collins
David Collins works at the Washington Legal Foundation as a public affairs and development assistant and is looking to improve his overall writing. At Dickinson College, he was a contributing writer for the school’s newspaper. He lives with his wife and son in Manassas, VA. 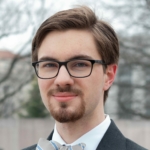 Noah Diekemper
Noah Diekemper is a graduate of Hillsdale College (‘17) interested in the topics of political theory, the pro-life movement, and gun control. He works in Maryland as a data scientist. His political role models include Thomas Sowell and Antonin Scalia. 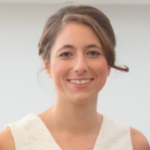 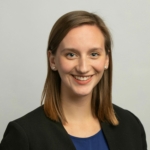 Megan Hauck
Megan Hauck is a legal administrative assistant at the Institute for Justice (IJ), the nation’s law firm for liberty. Before IJ, she interned for the Texas Speaker of the House, the Goldwater Institute, and the Global Arena Research Institute (in Prague, Czech Republic). She attended Southern Methodist University and graduated in 2019 with a degree in political science and minors in Russian, European studies, and law. Megan is originally from Austin, Texas, and enjoys live music, dancing, painting, buying overpriced lattes, and being outside. 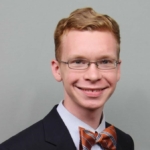 James Haynes
James Haynes is a China researcher at the Brookings Institution, an independent research consultant for the New Yorker, and an alumnus of Princeton University, where he graduated magna cum laude in 2018 with a degree in classics and a minor in Mandarin Chinese. He is also the founder and editor of the China Biotech Bulletin, an email newsletter of Chinese biotechnology policy news. His work has appeared in The Houston Chronicle, The Hill, and The Diplomat, among others. Previously, James worked on international education initiatives in China and the US for a start-up in Arlington, VA, and has been selected for fellowships with the Hoover Institution at Stanford, the Hertog Foundation, and the Intercollegiate Studies Institute. He lives just outside Washington, DC. 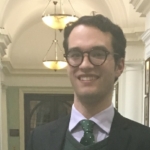 James Himberger
James Himberger is a senior at Tufts University, studying political science and philosophy. From Boiceville, NY, James is currently researching the role of ancient Roman history in the thought of Edmund Burke for his senior thesis. He also writes for Foreign Brief Geopolitical Risk Analysis. In his spare time he enjoys fiction writing and hiking. 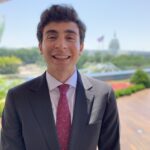 Tim Kennedy
Tim Kennedy is a research intern at Gingrich 360 who graduated this previous spring from the George Washington University (GWU) with a BA in international affairs. For the past 3 years, Tim has interned for a number of nonprofits, international organizations, and think tanks, such as The Heritage Foundation and the Victims of Communism Memorial Foundation. His areas of interest include US-China relations and Europe. In his free time, Tim enjoys playing water polo, traveling and trying new foods. 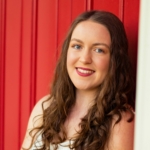 Natalia Mittelstadt
Natalia Mittelstadt is a New Jersey native and recent graduate from Regent University, with two BA’s in communications and government. She just completed her summer internship with the Leadership Institute (LI) and is currently the temporary administrative assistant to LI’s president. She is pursuing a career in  political journalism and her experience includes interning at CNSNews with the Media Research Center, as well as being the news department head at The Daily Runner, Regent’s online student newspaper. She also has a heart for Israel, where she’s visited on a Passages trip and lived as a Masa Israel Journey summer intern. 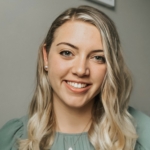 Monica Moir
Monica Moir is a research analyst at the Congressional Leadership Fund and a recent Master of Public Policy graduate from Rutgers University – New Brunswick. She previously served as a fellow in the New Jersey Senate Republican Office, and as an intern in the New Jersey Governor’s Office and at the American Legislative Exchange Council. 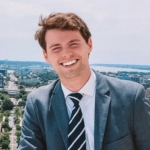 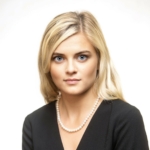 Emily Przyborowski
Emily Przyborowski is the Middle East director at Askari Defense and Intelligence, LLC and a second-year student at Johns Hopkins SAIS concentrating in Middle East studies. Emily graduated from Notre Dame of Maryland University in 2019 with a degree in political science. Emily previously served as the Washington correspondent for the London-based newspaper The Arab Weekly and has been published in The National Interest, Task and Order, Baghdad Post, Arab News, and Daily Sabah. 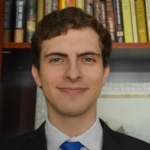 Carlos Roa
Carlos Roa is the senior editor of the National Interest and a 2020 Constitutional Fellow at the American Conservative & Center for the Study of Statesmanship. Previously, he was the associate editor of Horizons: Journal of International Relations and Sustainable Development. 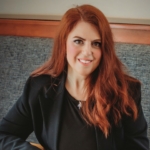 Sarah Roderick-Fitch
Sarah Roderick-Fitch is a freelance writer with a background in politics, public policy, international religious human rights, and education. She interned for the ACU, volunteered for the reelection of President George W. Bush at the RNC, was the associate director of the Student Division for the Federalist Society, a project manager for the International Association of the Chiefs of Police, and taught in Japan and Washington State. She’s been a panelist and featured speaker for International Religious Human Rights Conferences. She has written for Townhall, The Federalist, Military Spouse Magazine, and is currently authoring a book for the U.S. Naval Institute. 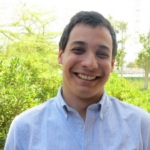 Martin Rodriguez
Martin Rodriguez is a policy analyst at Americans for Prosperity, focusing on energy and regulatory affairs. Martin has testified in state legislatures on energy issues and published his work in the Washington Examiner, the Washington Times, and The Hill, amongst others.  Originally from Caracas, Venezuela, Rodriguez received a BA in communications and journalism and a master’s in political science and was recently admitted to the MPP program at the Harvard Kennedy School, where he expects to enroll in 2021. In his free time, Martin enjoys playing tennis and traveling. 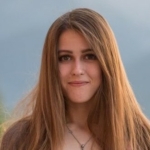 Anastasiia Rusanova
Anastasiia Rusanova is a communications associate at the International Center for Law & Economics. Prior to ICLE, Anastasiia worked at the Cato Institute as an intern in the Center for Global Liberty and Prosperity, as a research assistant at the Kennan Institute of the Woodrow Wilson International Center for Scholars, and as an editorial intern at the American Spectator. She received an MA in political studies with a minor in European studies from the Jagiellonian University. Anastasiia also conducted an eight-month research project at Stanford University and attended entrepreneurship classes at Purdue University. Since July 2020, she has been a contributing writer at Young Voices. 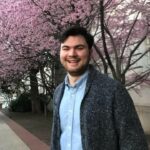 Jesse Solis
Jesse Solis is the deputy communications director for the House Ways and Means Committee. He began his career with the Committee as a press assistant during the 2017 GOP tax reform. Since then, he has been promoted to deputy press secretary, press secretary, and now to his current role, where he assists the press team with speechwriting, TV booking, media relations, and developing strategic communications’ plans for Committee Republicans’ legislative priorities. He is a 2017 graduate of Butler University and lives in Washington, DC. Outside of politics, you can find Jesse reading Stephen King novels or listening to Taylor Swift. 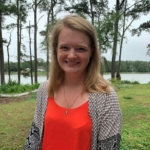 Sarah Wall
Sarah Wall has read political editorials voraciously since she was a teenager and is thrilled for the opportunity to be on the other side of the pen. She works at the American Legislative Exchange Council (ALEC) as a special projects coordinator and earned her master’s degree in political management from George Washington University in May 2020. Previously, she was an elections coordinator with Young Americans for Liberty and a government relations manager for a Baltimore nonprofit organization. In her free time, Sarah enjoys listening to political podcasts, reading The Wall Street Journal, and hiking trails in the DMV area. 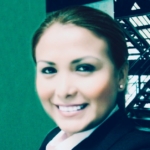 Asun Weninger
Asun Weninger is a Peruvian lawyer and journalist. She is currently looking to improve her writing skills while she pursues graduate studies. 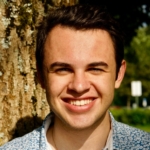 Jeff Zymeri
Jeff Zymeri is associate director for policy and practice at Scalia Law’s C. Boyden Gray Center for the Study of the Administrative State. Jeff is a 2020 graduate of Princeton University, where he earned an AB in classics. In addition to pursuing internships in law and policy during his undergraduate years, Jeff wrote extensively for campus publications. He was recognized by the Intercollegiate Studies Institute with the Collegiate Network 2018-2019 Best Feature Story Award.