If you’re a liberty lover in Austin, Texas, you’re hardly alone! You have the chance to connect with a group of friendly, fun-loving, and passionate individuals. AF-Austin is a professional development network for those who believe in the power of personal liberty, entrepreneurship, and innovation–channeled through free markets–to promote positive social change.

AF-Austin events bring the “doers” of Austin together to network, learn from each other, discuss key issues, and ultimately collaborate to improve themselves and the city as a whole.

Come hear from two Austin Musicians as we explore the robust artist community and have a beer on AF at the Lucky Tiger on South Lamar! Janis Joplin and Willie...

As the conversation around the COVID-19 response continues and the debate about what metrics must be reached before society can return to normal rages on, Americans should prepare themselves for...

Join AF-Austin for our July networking event! This month we will be joined by Gun Owners of America's Texas Deputy Director Felisha Bull who will discuss constitutional carry, which goes... 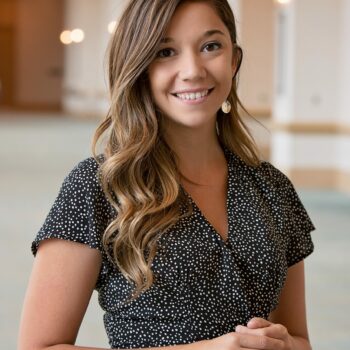 Ivy El-Zaatari is the Acting Chapter Leader of AF-Austin. Ivy is a realtor serving the greater DFW community and an Amazon area manager at DHX5. Formerly, Ivy was the executive assistant to Senator Rand Paul and director of donor relations for RandPac. Prior to this, Ivy was the Youth Leadership School director at the Leadership Institute where she traveled the country every weekend to train college students on the importance of political technology and keeping faith in their principles. Ivy began her career as the recruitment director for the University of Colorado at Colorado Springs (UCCS) College Republican club. Her second year in college she interned with the Office of Governor Susana Martinez’s communications department in Santa Fe. Upon returning to school Ivy became the chair for the UCCS College Republican club and the Manager of the UCCS Ice Hockey Team. Along the way Ivy worked as the El Paso County Chair for the Greg Brophy for Governor Campaign and managed Vickie Tonkins for City Council Campaign. Taking a step back from campaigning, she was hired as Representative Justin Everett’s legislative aide in 2014 and stayed with him until 2016. Ivy also served as the Colorado State Youth Director for Students for Rand. In June of 2016, Ivy returned to the YLS advanced class and learned the tools necessary that placed her as the Youth Director for the Mary Thomas for Congress campaign. In her first two weeks she recruited 22 interns and was promoted to the political director. Ivy ran a youth campaign that knocked 15,000 doors and made 70,000 phone calls.