AF-Dallas is a professional development network for individuals who believe in the power of personal liberty, entrepreneurship, and innovation–channeled through free markets–to promote positive social change.

AF-Dallas events bring the “doers” of Dallas together to network, learn from each other, discuss key issues, and ultimately collaborate to improve themselves and the city as a whole.

Dallas-AF: Revenge of the ‘Fifth!’

Join AF-Dallas for our 'Revenge of the Fifth' event featuring Stephen Kent, author of How the Force Can Fix the World! “You can’t stop the change — anymore than you...

Join AF-Dallas as we celebrate Women's History Month with Americans For Prosperity State Director, Genevieve Collins! Collins is a 7th generation Texan who has worked tirelessly to promote liberty and...

When well-designed institutions function properly, people thrive. Few institutions have been more ingeniously designed than the U.S. federal government via the Constitution in 1787. This auspicious beginning more than two... 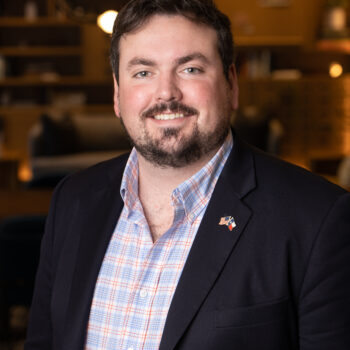 Mason Morgan is the Chapter Leader of AF-Dallas. Mason was born and raised in Dallas, Texas where he gained an interest in politics and public service during his senior year of High School. This newfound interest led Mason to Des Moines, Iowa as a student Drake University in hopes of getting involved with the Iowa Caucuses. After finishing his degree, Mason returned to warmer weather in Texas and worked as a Constituent Services Liaison for US Senator John Cornyn for roughly 2 years. Most recently, Mason worked as the Dallas County Regional Director for Sen. Cornyn’s 2020 re-election campaign. Mason is currently working as the Executive Director of a new organization called Run GenZ which strives to empower, recruit, and mentor young conservatives to step up to the plate and run for office.