Do you want to transform Michigan into a place where liberty thrives? Are you looking to network, learn from like-minded young professionals, and discuss key issues affecting our state and country? AF Detroit is a professional development network for individuals who believe in the power of personal liberty, entrepreneurship, and innovation–channeled through free markets–to promote positive social change. The third Wednesday of each month, we come together for panels, policy discussions, happy hours, and networking.

AF-Detroit: The Future of Religion in America (Faith vs. The Government) – Virtual

The number of Americans who don't adhere to any particular religion (the "nones") almost tripled over the past two decades. This trend is especially prevalent among younger generations, with 36...

AF-Detroit: The End of the American Dollar as We Know It? (Virtual)

During the 2008 market crash, the government bailed out banks and financial corporations that were struggling financially. More recently, in response to the COVID-19 pandemic, government stimulus has been utilized...

Join AF-Detroit for a virtual balanced discussion on the state of public education in Michigan. The general public is often surprised by the desire of some educators to develop public... 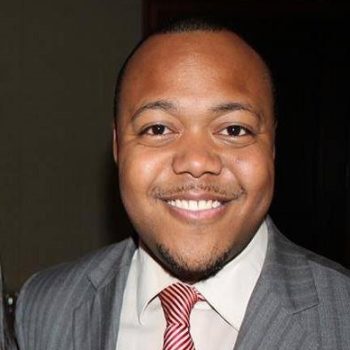 Brandon serves as a Director with the Boy Scouts of America's Michigan Crossroads Council. Previously, he worked for the Office of former United States Speaker J. Dennis Hastert and with the National Urban League’s Economic Opportunity Institute, as well as the Director of Education and African American Affairs in the Office of the New Jersey Governor, Hon. Chris J. Christie. He later worked as Director of Resource Development with Veterans Empowerment Organization of Georgia, focusing on military families and homeless returning veterans. Brandon has given lectures at Princeton University, the Baltimore Harbor League, the National Black Law Students Association, the American Enterprise Institute, and the Hamilton Society in Washington, D.C. He is a 2018 recipient of the Michigan Chronicle’s Distinguished Men of Excellence Award and the Spirit of Detroit Award in 2018. He is a proud member of Alpha Phi Alpha Fraternity, Inc., 100 Black Men of Greater Detroit, and Prince Hall Masonic Grand Lodge of Free and Accepted Masons. Brandon is also the President of the Board of Directors for Advantage Health Centers of Detroit. He holds a Bachelor’s in Business Administration from Howard University and a Master’s of Science from Rutgers University. As a Graduate student, he served as a fellow for the United Nations Foundation and the Heritage Foundation in Washington, D.C. Brandon is currently earning his Master’s in Business Administration from the University of Detroit-Mercy and resides in the Lafayette Park neighborhood of Detroit, MI. Brandon writes, "I appreciate America's Future for being an instrument to inform, recruit and prepare the next generation of leaders, thinkers and doers. Reaching people from across the spectrum and addressing relevant issues is what makes our mission of liberty, personal responsibility, and the power of innovation a reality for many. We are about preparing the next generation of America’s diverse leadership.”