This month, we’re kicking off our first-ever Local Reporting Seminar in order to equip aspiring reporters with the necessary skills and connections they need to effectively cover the stories that are important to their communities. We’re excited to welcome 18 young writers to our inaugural class; get to know more about them below! 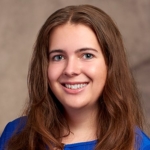 Lindsay Atkinson
Lindsay Atkinson is the local government policy analyst for the Idaho Freedom Foundation. She is a graduate of Northwest Nazarene University, with a bachelor’s degree in international studies and minors in political science and Spanish. Like many people, Lindsay’s hobbies have shifted due to stay-at-home orders. In normal times, she enjoys going on road trips and traveling abroad. During COVID-19, she enjoys learning new skills on YouTube and living in an area where she can still get outdoors.

Christina Eastman
Christina Eastman is a graduate of the University of Rochester and the Eastman School of Music, where she received degrees in engineering and violin performance. She is an analyst at American Philanthropic, a non-profit consulting firm dedicated to strengthening civil society. Prior to joining American Philanthropic’s Denver office, Christina graduated from The Heritage Foundation’s Young Leaders Program. Her writing has appeared at Fox News, the Daily Signal, American Greatness, Philanthropy Daily, and the Victims of Communism Memorial Foundation Witness Blog. She is also a member of the violin section of the Boulder Symphony. 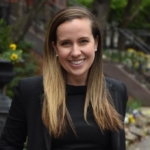 Chana Elgin
Coming up on her seventh year in DC, Chana has made a mark for herself in government affairs, communications, and journalism, most recently leading the American media, policy, and messaging strategy for the Embassy of Pakistan in Washington. Working on the Hill during her time in law school–where she earned at J.D. with a concentration in distilling technical information as well as exploring licensing for journalists–she developed a passion for information and storytelling. She specifically focused on local audiences as editor of Rare Houston and Chicago with Cox Media Group, building the brand to 1M+ followers from the ground up. Chana has also served as a clerk with the Texas Legislature, as well as at CBS’ 60 Minutes, hoping to blend her background of politics and reporting to bring a unique, thorough perspective currently missing from the field of accountable, reliable journalism once positively serving our nation and world.

Ellie Gardey
Ellie Gardey is an incoming senior at the University of Notre Dame majoring in political science and philosophy and minoring in journalism. This summer, she will be interning for The American Spectator. Last summer, she interned for the Daily Caller. She is a reporter for The College Fix and president of a pro-family student club. Ellie is originally from Grosse Pointe Farms, Michigan. 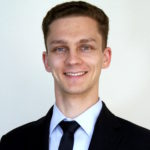 Michael Greco
Michael Greco, currently a project assistant for a business performance consulting company in Washington, DC, will be pursuing a degree in international environment and resource policy and international political economy at the Fletcher School of Law and Diplomacy at Tufts University this fall. His focus centers on climate change and energy and water resource management. Previously, he completed a year at the Center for the National Interest as the energy and climate research Intern, where he conducted research on water management in the Middle East. He graduated from the George Washington University in 2018 with a bachelor’s  in international affairs. 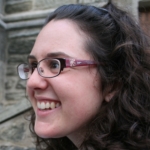 Elizabeth Held
As an avid reader and writer, Elizabeth loves storytelling. She’s excited to put that passion to work for clients, drafting op-eds, blog posts, and policy documents. Prior to joining Subject Matter, Elizabeth worked at the White House Writers Group, where she focused on third-party outreach and coalition building. She was also a reporter for the Orange County Register and an editorial fellow at USA Today. 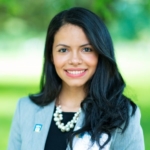 Joy Huertas
Joy Huertas serves as the communications manager for the City of Philadelphia, Office of Transportation, Infrastructure and Sustainability. In her role, she oversees the communications for the mayor’s Vision Zero initiative, a strategy to eliminate traffic fatalities and increase safe and equitable mobility for all. Previously, Joy served as the marketing communications manager for Esperanza, a local nonprofit serving underserved Hispanic communities. During her tenure, Joy utilized multimedia journalism to highlight the voices of resilience and strength of community members. Prior to that she interned as a public information officer at the Organization of American States in Washington DC. Joy holds a bachelor’s in broadcast journalism and a master’s degree in strategic communications from Liberty University. She serves on the board of directors of the Delaware County Literacy Council and is an active member of the National Association of Hispanic Journalists. Joy is a native of Bogota, Colombia. 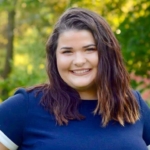 Julia Johnson
Julia is a rising senior at The University of South Carolina studying political science and journalism. She currently acts as social media coordinator for Accuracy In Media as well as a student reporter for The College Fix and contributor for Lone Conservative. She is very involved in conservative politics and would like to make a career out of reporting on them and writing editorial pieces as well. 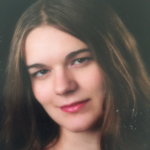 Samantha Kanman
Samantha Kamman is a writer for Lone Conservative, The Rogue Review, and Live Action News. Her work has also appeared in The Washington Examiner and Human Defense Initiative. A graduate from North Central College, she’s intent on pursuing a career in writing and pro-life advocacy. 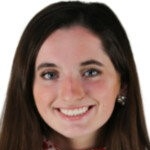 Libby Krieger
Libby Krieger will be a junior political science and communications major at Grove City College this fall. This past summer, she interned at the Leadership Institute in Arlington, VA. Since then, she has written for Campus Reform and been a political correspondent with Right Side Broadcasting Network. As a political correspondent, Libby broadcasted President Trump’s rallies and was able to interview then-Campaign Press Secretary Kayleigh McEnany. Once she returns to campus, Libby will be a student marketing fellow for The Institute of Faith & Freedom, Grove City College’s on-campus think tank. She is excited for the opportunity to learn more about journalism and refine her writing skills with AF’s Local Reporting Seminar. 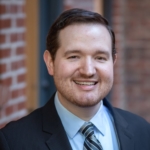 Jacob Lane
Jacob Lane is director of external relations and special assistant to the president for the Intercollegiate Studies Institute (ISI) in Wilmington, Delaware. Prior to his current role, he served as managing director of the Collegiate Network, ISI’s nationwide student journalism program. Jacob attended DePauw University for his undergraduate studies, graduating summa cum laude with a bachelor’s in political science, and is a graduate of Ball State University, where he earned his master’s in journalism. While at Ball State, he served as a graduate assistant for the journalism department. He has been involved in Indiana politics since his days as an undergrad, and worked for both the Indiana House Republican Caucus and the Indiana Republican State Committee before working at ISI. Jacob is a former regional fellow with the National Review Institute and a Haggerty-Richardson Fellow with the Conservative Partnership Institute. He was also a participant in AF’s Writing Fellows Program. 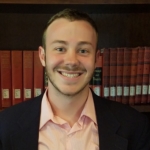 Scott McClallen
Scott McClallen is a staff writer covering Michigan and Minnesota for The Center Square. A graduate of Hillsdale College, his work has appeared on Forbes.com and FEE.org. Previously, he worked as a financial analyst at Pepsi. 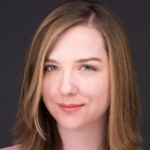 Mary McPherson
Mary McPherson has had the pleasure of fundraising for nonprofits for the last 12 years. Her former places of work include the Koch Associate Program, The Institute for Justice, and most recently the Heritage Foundation as their membership programs manager. She is a graduate of the University of North Carolina at Chapel Hill and resides with her daughter in Charlotte, NC. 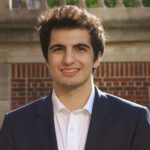 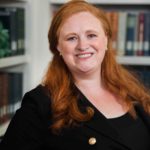 Krystina Skurk
Krystina Skurk is a research assistant at Hillsdale College in DC. She received a master’s degree in politics from the Van Andel School of Statesmanship at Hillsdale College and a bachelor’sin government from Regent University. She is a former fellow of the John Jay Institute, was in the inaugural class of Speech Writing Fellows at The Heritage Foundation, and is a former teacher at Archway Cicero, a Great Hearts charter school. Krystina has been published at The Federalist, American Greatness, and the College Fix. Krystina most enjoys writing about American civics, education policy, and American political institutions. She is originally from California, but has lived in almost every region of the United States. In her spare time she loves biking around the National Mall, going to the numerous theaters in DC, and listening to podcasts and audiobooks.

Sarah Stewart
Sarah Stewart is a graduate student in the Rawlings School of Divinity at Liberty University. She has a bachelor’s in religious studies (honors program and summa cum laude) and a master’s in Christian apologetics (high distinction). She is currently working toward her Master of Divinity in Christian thought. In 2019, she received the Rawlings School of Divinity Award for Excellence in Theological Research. She was previously a participant in Liberty University’s Washington Fellowship, an intern at the Family Research Council in their Government Affairs Department, and a student fellow with the Center for Apologetics and Cultural Engagement at Liberty University. Sarah has been involved in various political organizations while attending Liberty University. In particular, she has been focused on pro-life work. She has academic writing credits as well as published blogs and devotional writing. Her passions are theology, political philosophy, and the arts. 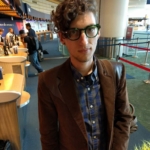 Aaron White
Aaron Lloyd White is a graduate from Tel Aviv University’s Porter School of Environmental Studies. He currently works as the director of development for the Stray Cat Alliance and runs a policy and fundraising consultancy. He is an alumnus of the Rautenberg New Leaders Project through the Jewish Federation of Greater Los Angeles.