Since its founding in 2014, AF’s Writing Fellows Program has trained aspiring writers to communicate more effectively and get their work in front of an audience. Alumni of the program have gone on to be published in prestigious outlets such as the Wall Street Journal and Washington Post, and to occupy important positions at media outlets, think tanks, and government offices. At AF’s 25th Anniversary Celebration this month, we took a moment to recognize some of their biggest achievements. 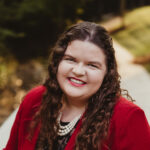 Op-ed of the Year: Bess Blackburn
It’s safe to say that we’re all getting a little sick of politics at this point: the anger and vitriol, the dishonest political maneuvering, the empty gestures of social media activism. This year’s winner attempts to cut through all that and connect to a more human element. In her op-ed, she encourages us to be less concerned with presenting the correct political values, and more concerned with practicing civic virtue, and showing kindness and compassion to others. For those of us who make a career out of policy, it’s an especially important lesson to remember. So for her Roanoke Times op-ed, “I Don’t Want to Be An Ally, I Want to Be A Friend,” this year’s Op-Ed of the Year award goes to Bess Blackburn. 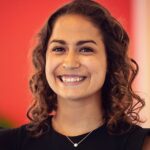 Rising Star Award: Natalie Dowzicky
The Rising Star Award recognizes those who are a little earlier in their career but are already doing fantastic work. This year’s winner is the manager of the Cato Institute’s Libertarianism.org project, which serves as a valuable resource on the fundamental ideas of liberty, providing a platform for both foundational texts as well as modern-day thinkers. She’s also the co-host of the Pop and Locke podcast, which examines the ways that political ideas show up in pop culture. On top of all that, her op-eds have appeared in publications including the National Interest, the Washington Times, and Counterpunch Magazine. So, for her work in making the ideas of liberty accessible and relatable to the average person, this year’s Rising Star Award goes to Natalie Dowzicky. 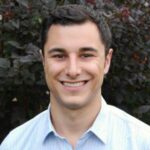 Career Achievement Award: Jared Meyer
This year’s winner started his career in the policy nonprofit world, working at the Manhattan Institute and then the Foundation for Government Accountability. During that time, he was named to the Forbes 30 under 30 in Law and Policy, authored two books (Uber-Positive: Why Americans Love the Sharing Economy and How Progressive Cities Fight Innovation) and co-authored another (Disinherited: How Washington Is Betraying America’s Young). From there, he served first in the Department of Labor and later on the White House Council of Economic Advisors, where he was able to more directly affect the policies he’d previously advocated for. Most recently he’s returned to the nonprofit space as a senior policy advisor at the Cicero Institute. And all throughout this incredible career, he’s maintained an impressive media presence, appearing in print and on camera at outlets including Forbes, the Wall Street Journal, the BBC, and NPR. So for the work he’s done in government, in the media, in publishing, and nonprofit advocacy, this year’s career achievement award goes to Jared Meyer.