This month, we’re kicking off the next installment of our Policy Communications Seminar in order to equip young professionals with the necessary skills and connections they need to be effective advocates for limited government. We’re excited to welcome 20 young writers to our inaugural class; get to know more about them below! 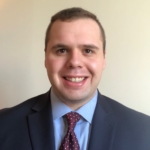 Matthew Adams
Matthew Adams is a policy analyst at the Competitive Enterprise Institute, focusing on consumer finance. Prior to joining CEI, he worked at the American Action Forum and Americans for Tax Reform. Matthew’s work has been published in RealClearPolicy, The Hill, The Washington Times, The Washington Examiner, The Daily Caller, and NewsMax.  In May 2019, Matthew graduated from American University in Washington, DC, with a Bachelor of Arts in political science and history. At American, he was active in both Young Americans for Liberty and College Republicans. 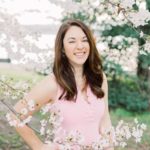 Bailey Aragon
Bailey Aragon is a public affairs and communications professional in Washington, DC. She hails from New Mexico where she served in the administration of New Mexico Governor Susana Martinez. She also served as policy director for the New Mexico Association of Commerce and Industry, the state’s chamber of commerce. She is the president of the New Mexico Society of Washington, DC, and is a member of the Junior League of Washington. Bailey received her Bachelor of Arts in strategic communication from the University of New Mexico in Albuquerque. Bailey is a pilot America’s Future Foundation Member. 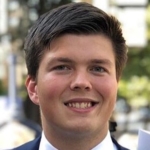 Caleb Ashley
Caleb Ashley works in Alexandria as a content specialist. Before working in the public relations industry, Caleb worked for The Fund for American Studies as a program advisor. He has previously interned for Citizens Against Government Waste and on Capitol Hill for Congressman Mark Walker. He has a bachelor’s degree in economics and peace, war, and defense from the University of North Carolina at Chapel Hill. 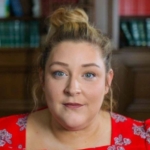 Felisha A. Bull
Felisha A. Bull is the Texas marketing director for Gun Owners of America. Based in Austin, Texas, she loves to travel across the Lone Star State to work with and train grassroots activists. She has worked tirelessly to preserve the rights enshrined in the Second Amendment by engaging activists in the political process since 2014. Felisha has an extensive background in political campaigns, working for both Republican and Libertarian candidates. Her recent work has focused on issue advocacy. She is a recurring contributor on the Austin-based radio program, Come and Talk It, and loves all things Texas and Liberty. Felisha is a pilot America’s Future Foundation Member. 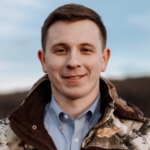 Conner Drigotas
Conner Drigotas the director of communications and development at the Fairness Center, a nonprofit public interest law firm offering free legal services to those hurt by public-sector union officials. He is also an adjunct professor at Lehigh University where he teaches business communications. Conner earned his MBA from Lehigh University and holds undergraduate degrees in government & law and psychology from Lafayette College. A native Mainer, Conner enjoys the great outdoors and spends his free time hunting, camping, and fishing with his wife Danielle. 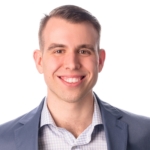 Benjamin Friedlander
Benjamin Friedlander hails from Mobile, Alabama, and is a proud graduate of the University of Oklahoma. Benjamin is an alumnus of Teach for America and spent three years in North Carolina teaching science and math. He moved to Memphis in 2019 for a fellowship with the Memphis Education Fund, where he continues to fundraise for nonprofits while researching new innovations in public education. When he’s not volunteering at schools and mentoring students, Benjamin enjoys running, weightlifting, and joining more book clubs than he can keep up with. 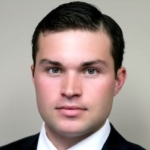 Michael Geary
Michael Geary is the director of planning and communications for TCCRI. He attended Texas A&M – Kingsville on an Army ROTC scholarship and earned his Bachelor’s Degree in political science in 2014. He was active in campus greek life, serving as president of the Kappa Sigma (Theta Kappa) Fraternity, earned the Army Air Assault badge, and finally commissioned as a Second Lieutenant in the United States Army Reserve upon graduation. He lives in north Austin with his wife Sydney,  and enjoys playing golf with friends and family. 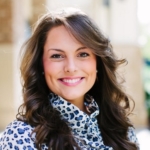 Sarah Glad
Sarah Glad is a legislative assistant for NC Senator Chuck Edwards (District 48) with four years of state legislative experience. Previously, she worked in state government for the Department of Environmental Quality, and for the State Treasurer. She helped launch the North State Journal, the only statewide newspaper in North Carolina. Sarah is a graduate of North Carolina State University with a B.A. in Public & Interpersonal Communications, and a M.A. in liberal studies. 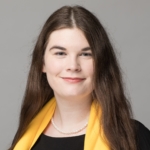 Amanda Kieffer
Amanda Kieffer grew up in the bluegrass hills of Kentucky and graduated from Liberty University in 2016 with a B.A. in Government: Western Legal Traditions. She is proud to be the communications associate for the Cardinal Institute for West Virginia Policy. Before joining Cardinal, she spent time working for her father’s mobility company helping veterans to regain and preserve their freedom and independence. She currently lives in Jonesville, MI with her husband, Joshua. Amanda is a Certified Associate in Project Management, a member of AF’s Pilot Membership program, and a member of the Young Voices Podcast Accelerator program. 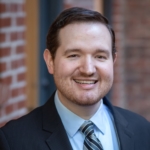 Jacob Lane
Jacob Lane is director of external relations and special assistant to the president for the Intercollegiate Studies Institute (ISI) in Wilmington, Delaware. Prior to his current role, he served as managing director of the Collegiate Network, ISI’s nationwide student journalism program. Jacob is a graduate of Ball State University, where he earned his M.A. in journalism. While at Ball State, he served as a graduate assistant for the journalism department. He has been involved in Indiana politics since his days as an undergrad, and worked for both the Indiana House Republican Caucus and the Indiana Republican State Committee before working at ISI. 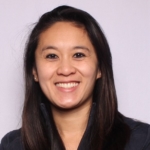 Natalie Le
Natalie is a communications and policy assistant for the Independent Women’s Forum, assisting in a variety of research and administrative projects. She had led several grassroots initiatives for Students for Liberty and supports The Arava Institute for Environmental Studies with pro bono nonprofit services that include graphic designing, marketing, and policy writing. Natalie has a B.A. in philosophy and political science with a concentration in politics, philosophy & law from College of Charleston. She is currently a masters student in Government at Harvard University and is a Frederic Bastiat Fellow at the Mercatus Center at George Mason University. Natalie is a pilot America’s Future Foundation Member. 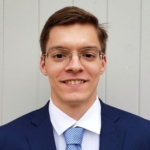 Matthew Nicaud
Matthew Nicaud is a senior at Liberty University studying law and policy. He has also worked as a policy fellow for the Mississippi Center for Public Policy, contributing to the organization’s efforts to communicate liberty-based public policy to state leaders and the general public. Some of his primary interests include upholding the sanctity of life, protecting religious liberty, and removing burdensome regulatory boundaries to prosperity. When he is not working or studying, he enjoys spending time with his family, reading good books, and experiencing the God-given blessings of liberty. 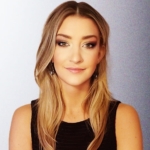 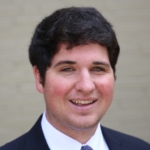 Will Rierson
Will Rierson is a fundraising associate at campaign communications firm Targeted Victory. He has worked in donor communications for Stand Together and was a fellow at the John William Pope Foundation. Will is a graduate of the Hussman School of Journalism and Media at UNC-Chapel Hill, where he double majored in public relations and political science and minored in history. He is originally from Winston-Salem, North Carolina and now resides in Washington, DC. In his spare time, Will likes to follow politics and spend time outdoors. 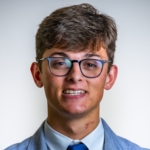 Clay Robinson
Clay Robinson is a sophomore at Barrett Honors College at Arizona State University where he majors in economics and civic and economic thought and leadership (SCETL). Clay currently serves as VP for ASU College Republicans and communications director for the Arizona Federation of College Republicans. Clay also serves as a content coordinator for Lone Conservative and senior correspondent for Campus Reform. Clay has worked in the past for the Arizona Republican Party and the Media Research Center. 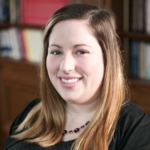 Sarah Silberstein
Sarah Silberstein is the director of media relations for the Texas Public Policy Foundation. A native Californian, Sarah moved to Texas with her family during the economic recession in 2008 and has been fortunate to have first-hand experience of the juxtaposition of ideologies and their effects on the respective state’s constituents. Sarah graduated from the University of Texas at Austin in 2017 with a Bachelor of Journalism degree. In her spare time, Sarah enjoys reading, crafting and spending time with her husband, step-daughter, dogs, and chickens. 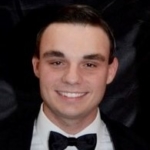 Bobby Sylvester
Bobby Sylvester is currently a regional director at Empower Illinois, where he advocates for school choice policies. Bobby graduated as a University Scholar from the Catholic University of America (CUA) with a Bachelor of Arts in politics. While at CUA, he completed multiple internships involving electoral politics and public policy. After graduation, Bobby went to the University of Notre Dame and joined the Alliance for Catholic Education (ACE). He spent two years teaching high school social studies while also pursuing an M.Ed. Upon completing ACE, he accepted a Fulbright Scholarship to teach English in Taiwan for the 2017-2018 school year. 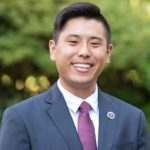 Derek Uejo
Derek Uejo was born and raised in San Diego, California. He graduated cum laude with his BA in political science from Biola University, and the Torrey Honors Institute in May 2019. In December 2019, he concluded a postgraduate fellowship with The John Jay Institute. Derek most recently interned with the American Enterprise Institute as their spring and summer Academic Programs intern. He has spent time interning for Biola University’s government relations team, a San Diego City Councilmember, and is an occasional writer for the Institute on Religion and Democracy. He is currently pursuing his MTS degree at Duke Divinity School. 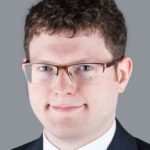 Luke Wachob
Luke Wachob is the communications director at the Institute for Free Speech in Washington, DC. He is responsible for coordinating the Institute’s efforts to provide timely and compelling commentary on free speech issues. Luke manages the Institute’s media inquiries, oversees press releases and organizational statements, and assists in the writing and editing of op-eds and blog posts. He is also the editor of the IFS quarterly newsletter, Speaking Freely. Luke became the Institute’s communications director in 2018 after working as a policy analyst for IFS since 2013. Luke is passionate about free speech, free markets, and persuasion.