Next week, we’re kicking off the Fall 2020 term of AFF’s Writing Fellows Program. We’re excited to welcome 47 aspiring writers to the program, 25 of whom will be participating from all across the country in our states-based segment of the program. Get to know more about them below! 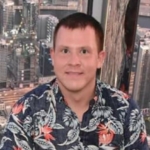 Alexander Anton
Alexander Anton currently works as the Senior Manager of Policy Research Operations at the Mercatus Center at George Mason University, where he has enjoyed a fulfilling career since 2015. In his role, Alex manages general operations for the policy research department (made up of 10 research projects), the business side of the research publications process, and the budgeting and strategic planning process. A fun fact about Alex: when he was 12, he traveled to Australia, where he met Steve Irwin (better known as “the Crocodile Hunter”) and even shook his hand. RIP Steve! 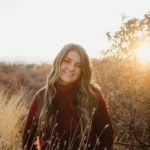 Sophia Bagley
Sophia Bagley was raised in Lehi, Utah. She is a senior at the University of Utah studying Quantitative Analysis of Markets and Organizations with a minor in Math. She developed a love for politics at a young age and has been involved with many political organizations, including the Utah State Capitol and the Heritage Foundation. She is fascinated by economics and hopes to pursue this subject at the graduate level. Sophia is also the captain of her University’s pistol team, where she competes at the national level. In her spare time, she loves to play the piano and fly fish. 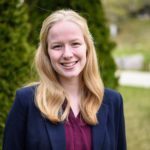 Aerin Christensen
Aerin was born and raised in Utah. She is a graduate of Brigham Young University with a degree in political science and sociocultural anthropology. She has worked as an intern for Senator Mike Lee and as a research assistant at Brigham Young University. Aerin currently works as a policy analyst at Libertas Institute in Utah where she focuses on local government and property rights issues. In her spare time Aerin can be found planning parties, playing the harp, making desserts and volunteering on campaigns. 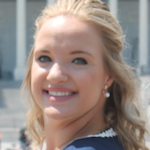 Mary Ann Cortese
Mary Ann Cortese currently studies International Business and Political Science at Franciscan University of Steubenville. She currently is an International Relations Associate with Americans for Tax Reform and has had the opportunity to write blog posts and research topics that range from international trade to intellectual property rights. Her other internship experience includes interning for the Coalition Relations Department at The Heritage Foundation in Spring 2020. 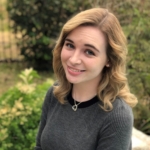 Katherine Donovan-Hurych
Katherine has lived all over the state of Texas, but decided on staying in Austin after graduating from the University of Texas-Austin in 2019. Now she works for the Texas Public Policy Foundation and looks forward to developing her writing skills. Katherine can speak Spanish fluently, loves to travel, and hopes to combine the two by travelling her way through the Americas with the goal of getting to Antarctica. 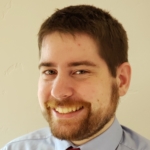 Trevor Filseth
Trevor Filseth recently graduated from Brandeis University, where he double-majored in History and Politics and double-minored in Economics and Islamic and Middle Eastern Studies. He’s always been interested in public policy; he’s particularly fascinated by American foreign policy in the Middle East but has also held an interest in the nuts and bolts of government and how to make it work better for average Americans. He is currently an editorial intern at The National Interest but is always looking for ways to improve his writing and learn more about the issues. 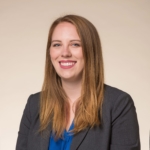 Caitlin Gilligan
Caitlin is from a small rural town in upstate New York, where she still resides today. After attending Colgate University and studying political science and applied mathematics, she spent a year and half working in the NYS Legislative Commission for Rural Resources doing both policy and communications. Now Caitlin is the communications manager for the Empire Center in Albany, where she is in charge of all marketing and external communications for the public policy think tank. 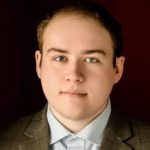 Dylan Housman
Dylan Housman is a recent graduate of the University of Maryland with a degree in Government & Politics and Business Management, where he was President of UMD College Republicans. He has worked as an intern with Senator Richard Burr and the North Carolina Republican Party, and has been published in The Federalist, the Washington Examiner, and Lone Conservative. He is originally from, and currently resides in, Concord, North Carolina. 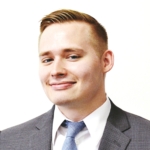 Spencer Kashmanian
Spencer Kashmanian is a Senior Consultant at American Philanthropic, where he strengthens civil society by helping nonprofit organizations craft effective messaging and fundraising communications. Prior to joining American Philanthropic, Spencer worked in development at the National Association of Scholars. He has written for The American Conservative, The Federalist, Philanthropy Daily, and more. Spencer graduated from The King’s College in New York City with a B.A. in Politics, Philosophy, and Economics and currently lives with his family in Chester County, Pennsylvania. 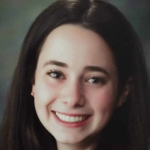 Maria Lencki
Maria is a senior at Franciscan University of Steubenville, double majoring in political science and communication arts. She is a writer for The College Fix and she previously interned at the White House Office of Management and Budget. Maria is very involved in her church and is a certified catechist for 5th grade religious education. 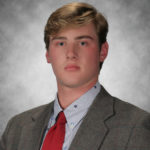 Joshua Levine
Joshua Levine is a senior studying Political Economy at Tulane University. As a Tulane student, he is a member of the honors program, served on the Executive Board of his fraternity, and is involved with a number of other pre-professional and service-minded organizations on Tulane’s campus. This past summer, he worked as an intern at the Pelican Institute for Public Policy and had his first two pieces published. 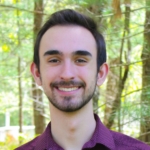 Matt Lewis
Matt Lewis is a junior politics, philosophy, and economics major at Suffolk University. He is a contributor at Lone Conservative and Campus Reform. In his spare time, Matt likes to read about Catholic theology, history, politics, and philosophy. He also enjoys watching and playing soccer, supporting Liverpool FC. Matt hopes to write professionally after he earns his bachelor’s degree. 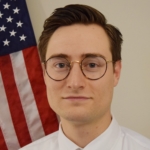 Will Long
Will is a Nashville-based audio engineer by trade and education. A Memphis native, he attended MTSU and received a B.S. in recording industry in 2018. Will’s writing has appeared in Inverted Audio and most recently in Exponents. Will currently serves as the chapter lead for the Nashville branch of the Neoliberal Project. He is deeply passionate about bipartisanship and pop culture, aspiring to a career in political journalism with a focus on foreign policy and local Tennessee issues. 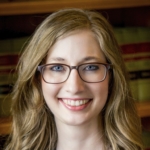 Rachel Malone
Rachel Malone serves as the Texas Director of Gun Owners of America and is passionate about advocating for the right to keep and bear arms in public policy and public perception. A nationally-certified firearms instructor, Rachel participates regularly in Run n Gun biathlons and teaches defensive handgun and rifle. Rachel has served as the Operations Director of the Republican Party of Texas and was previously a professional classical musician. She writes and speaks to Texas audiences regularly and conducts workshops on the process for effective activism. She is dedicated to training Texans to safeguard liberty and justice for all. 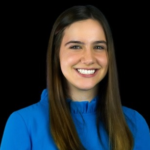 Anna Martina
Anna Martina is a North Carolina native and recent graduate of North Carolina State University, where she studied political science and social work. She is now the John Blundell Fellow at the John William Pope Foundation. Her policy interests include redistricting reform, higher education reform, and government ethics. When she is not working, you can find her supporting NC State athletics or planning her next trip! 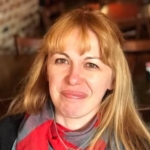 Carine Martinez
Carine Martinez is senior managing editor and policy analyst at the Texas Public Policy Foundation. As the managing editor, she oversees and manages the publication schedules for all policy areas the Foundation is working on and is responsible for editing research publications. As a policy analyst, she focuses on the effects on taxpayers, consumers, and businesses of government programs that grant special privileges to certain businesses in the form of subsidies, tax credits, regulatory advantages, or other favors. Carine is originally from Paris, France, but happily moved to the United States in 2011 and finally in Texas in 2013. 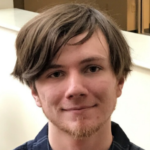 Landon Mion
Landon Mion will graduate from Kennesaw State University this fall with a bachelor’s degree in journalism and emerging media and a minor in sociology. He is a contributor at Lone Conservative, a journalism intern for Pulp Magazine, a student writer for the Office of Research at KSU, an editorial intern with the Kennesaw Journal of Undergraduate Research, an intern for The Daily Caller and a staff writer for his school newspaper, The Sentinel. 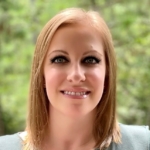 Addison Patrick
Addison, a Virginia native, attended Christopher Newport University (CNU), where she earned a B.A. in Communication Studies. She interned and worked in the CNU Office of Public Relations, where her writing was first published. In 2017, Addison relocated to Jacksonville, Florida, where she served as chair and vice-chair of the Duval County Libertarian party. She volunteered for the state party (LPF) before accepting a position as public relations director for a Florida state Senate campaign. She is currently a chapter leader for America’s Future Foundation and completed the Summer 2020 Policy Communications Seminar. Addison is an entrepreneur who loves her dogs, live music, and festivals. 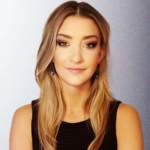 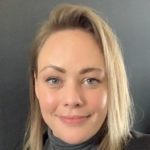 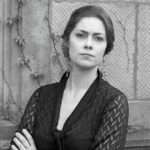 Katherine Revello
Katherine Revello is a freelance writer. She is the co-founder of Input/Output Enterprises, an independent publishing company, and also serves as the communications director for the Libertarian Party of Rhode Island. 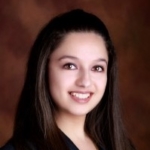 Gavrielle Rodriguez
Gavrielle Rodriguez is a writer and has been published in The Federalist, The New Lyceum, and the Florida Atlantic University Undergraduate Research Journal. In 2019, she began Gavrielle’s Blog, where further essays from her can be found. She graduated with a B.A. in History from Florida Atlantic University, and worked in the legal field for over 6 years. Originally from New York, she now resides in South Florida. 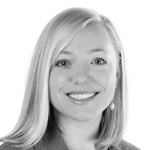 Katie Vernuccio
Katie Vernuccio is the owner of Vernuccio Strategies, LLC, and has 15 years of experience in program development, special events, and external relations services working with policy, academic, and advocacy organizations. She co-founded and served as an advisory board member of the America’s Future Foundation – Detroit Chapter for 5 years. Katie lives with her husband, Vinnie, and three kids in northern Virginia. She recently started homeschooling (like many parents in 2020) and is interested in education issues. 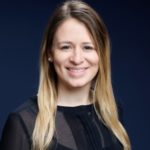 Camille Walsh
Camille is a Communications Manager at State Policy Network (SPN). In this role, she writes content that highlights the success stories of state think tanks across the country. Before joining SPN, Camille spent five years on the media team at the Mercatus Center at George Mason University. Camille graduated from Louisiana State University with a degree in political science. She currently lives in Grand Rapids, Michigan, with her husband and golden retriever puppy, Mason. 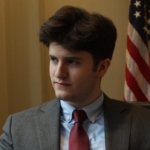