Finding love, in general, isn’t easy, but finding a soul mate who shares your love for Bastiat’s The Law can be like finding a sock when the candlestick makers are on strike. But, thankfully a positive externality of attending AF events can be finding that very person. To celebrate this Valentine’s Day we’re checking in with three couples who found their “happily ever afters” at AF. 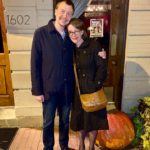 “On this exact day, at this exact time, at this exact spot ten years ago, a young writer down from New York for the launch of Doublethink Magazine took pity on this crazy Australian – newly moved to DC and all alone – and kept him company so he didn’t stand awkwardly by himself all night.

After 3 hours of debating politics, theology, literature and culture, I realised this was the most brilliant person I had ever met – and promptly shot off emails to friends saying I knew I made the right decision to move to DC as people like this exist! I was, of course, quite smitten. 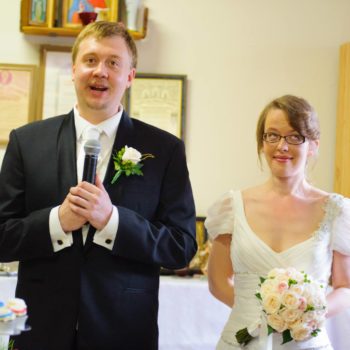 I never in my wildest dreamed someone so amazing would ever date someone like me, and yet, it is ten years on and we didn’t only date, we happen to have gotten married in a romance that spanned continents!

I am incredibly and unbelievably fortunate – and I still can’t believe my luck! – but here’s to an awesome ten years and to many decades more! 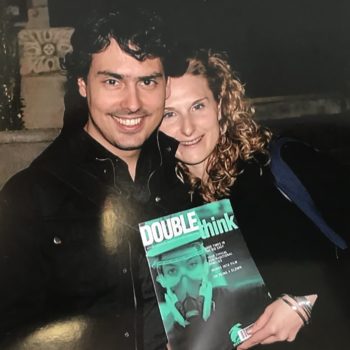 Tell us your AF story.
Jerry and I met at my first AF happy hour at 18th Street Lounge- an old AF haunt! It was actually my first happy hour after moving to DC. We talked for 3 hours that night.

Any fun memories or anecdotes to share?
Our second date was the AF Gala at the Arts Club. It was where Jerry introduced me to David Kirby and I shortly started to work for AF part-time as the program director. 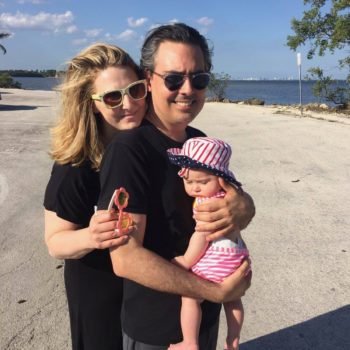 Where are you now?
Celebrating our 10 year anniversary this year and have a spunky 1-year-old girl. (Ed. Note: Kathleen is currently a member of AF’s board of directors)

Tell us your AF story.
As Joel likes to say, it was a simple twist of fate. Joel and I had met a few times before the 2017 AF Gala, but it was only in passing. Unbeknownst to one another, we both decided to attend the Gala that year, Joel with one of his friends and me with one of mine. As the Gala was winding down, many of the attendees migrated over to The Hamilton for an informal after-party. Joel and I both ended up there, where we bumped into each other once more. We got to talking, and the conversation lasted until 2 am! Though Joel was moving to Boston in just a few days, he asked to take me out on a true first date. One thing led to another after that, and now we’re getting married in June!

Any fun memories or anecdotes to share?
We love traveling to new places together and, hands down, our favorite memory is the trip we took to London last October. Joel planned the trip after seeing how excited I got about the Royal Wedding. Our second night there, after a beautiful dinner overlooking the city, he proposed in front of Westminster Abbey! It was a wonderful vacation with countless memories that we’ll cherish forever, and we can’t wait to go back!

Where are you now?
We’re planning our wedding! We’re still long-distance, with Joel in Boston and me in DC, but after our wedding, we’ll be starting our new life together in St. Louis. I also just started working for AF as the Event Marketing Coordinator, and I am so grateful to serve an organization that is so near and dear to my heart.