America’s Future Foundation is excited to introduce the third of five 2019 Buckley Award winners: Aaron Rice. Aaron has made a significant impact on the debate over administrative forfeiture in the state of Mississippi. Through numerous op-eds and media interviews, Aaron’s work at the Mississippi Justice Institute has directly influenced public conversations on this issue of personal liberty, and, ultimately, successfully swayed lawmakers and public policy in Mississippi.

His nominator and colleague writes, “At the Mississippi Center for Public Policy, we are inspired by the role Aaron played in starting the conversation and helping freedom-loving Mississippians stand their ground. We think his efforts are deserving of a Buckley award, particularly given the courage it required to take on high-ranking elected and law enforcement leaders, and the unique role that William F. Buckley’s own National Review played in this victory.” (Editor’s note: two of Aaron’s op-eds on this issue appeared in National Review.)

Because of his courageous and effective advocacy through the media to secure personal liberty and protect private property of Mississippians, Aaron has earned this award for “meaningfully impacting news coverage of a high profile issue in the last 12 months.”

Celebrate with Aaron at the Annual Gala and Buckley Awards on Thursday, May 23, at 7:00 pm at Nationals Park in Washington, DC. Purchase your tickets here.

In the words of AF-Jackson chapter leader, Nic Lott, “Aaron is a great example of bravery and dedication to a higher purpose. He knows what it means to be on the front lines fighting for the freedom and liberty we enjoy daily. Through his leadership, he has been able to highlight public policy issues that limit and restrict the rights of fellow Americans, but he has also led by offering solutions to those issues by working with leaders from different backgrounds to achieve the common goal.”

Get to know Aaron!

While I have always been interested and involved in the conservative movement, I began my career practicing law in the private sector. Working with some of the best attorneys in the country was a foundational opportunity for me. I learned so many skills that are essential for any good private practice attorney, but are equally transferrable to other endeavors. When I joined the movement in a professional role, those lessons allowed me to dive in headfirst. 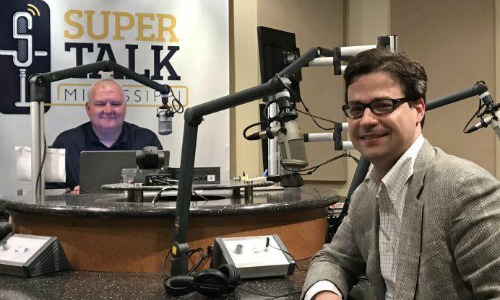 I am still learning how to manage  wearing the many hats that a liberty litigator wears. As a private attorney in a large law firm, I focused on being one thing: a litigator. Now, I am a litigator, a general counsel, a policy advisor, a public speaker, a recruiter, a fundraiser, a columnist, a frequent radio and television guest, a thought leader, a marketer, and a paralegal, among other things. It has been a challenge to learn how to keep the main thing the main thing, while also making time for other efforts that are essential to our success.

I am proud to have played a part in ensuring that the practice of administrative forfeiture came to an end in Mississippi.

While administrative forfeiture was a very problematic policy, it had strong backing among several groups in Mississippi. I felt that I could make a unique contribution to the public debate, as an experienced attorney who could speak knowledgeably about the due process concerns, and also as a combat wounded veteran who understood the risks that law enforcement officers face. 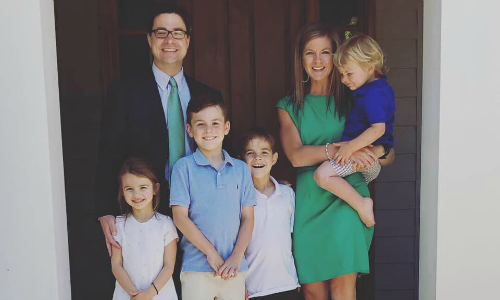 Until not so long ago, no people in the entire human existence had known the protection of rights that we as Americans enjoy. But our legacy of liberty is not guaranteed to last. We must work to ensure we keep it alive. Our liberty allows us to be our true selves and to shape our own destinies. It is our greatest treasure as Americans.

Our children are not being adequately taught to understand how our institutions function or the true value of American ideals. Those who fight for liberty have always had an uphill fight. If future generations do not understand and cherish the American experiment, it will slip away.

I am somewhat obsessed with Waffle House. I will eat a Texas bacon, egg, and cheese sandwich plate, with jalapeños, any day, any time. On a good day, I will eat two plates in one sitting.

I also love deer hunting, fishing, and grilling, and spending time with my family.

My advice would be to learn a valuable vocation. Skills you learn in the private sector can be just as valuable, if not more valuable to the conservative movement, than those you develop as a professional policy advocate. Additionally, the ability to earn a living outside of the movement will help you to stand on principle when under pressure from powerful groups.

I am re-watching the Game of Thrones Series to gear up for the final episode next week. There are so many interesting characters and storylines; I wanted a refresher so I could enjoy the series finale as much as possible.

Brewed coffee or latte/mocha/etc.?
Brewed coffee. I need caffeine too much to be high maintenance about it.

Cat or dog?
Dog. Cats think they are better than me.

Email or GChat or Slack?
What is GChat and Slack?

Hamilton or Jefferson?
Would any self-respecting freedom fighter pick Hamilton?

Go to a movie or rent a movie?
I enjoy going to the movies, but rarely do. I love the convenience of streaming movies at home.

Pizza or tacos?
Both, please. 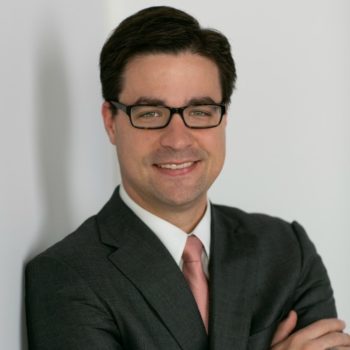 After the September 11 terrorist attacks, Aaron felt called to serve his country. He joined the Marine Corps and was deployed to Iraq with the 3rd Battalion, 25th Marines; the battalion would go on to suffer the highest number of casualties of any in the Iraq war. Aaron received the Purple Heart for sustaining combat injuries that resulted in the loss of his left leg below the knee.

Upon returning home, Aaron earned a degree in political science from Mississippi State University and was awarded the national Truman Scholarship to pursue his graduate studies. He earned his law degree from the University of Mississippi School of Law, where he developed an interest in constitutional law.

Prior to joining the Mississippi Justice Institute, Aaron built his career as a litigation attorney at a nationally recognized law firm in Mississippi. Aaron is a fellow of the American Board of Trial Advocates (ABOTA) National Trial College at Harvard Law School, and a graduate of the International Association of Defense Counsel (IADC) Trial Academy at Stanford Law School.

Aaron is a Deacon at Madison Heights Church, PCA. He and his wife, Kelly, live in Madison, MS, with their four children, Clark, Griffin, Ramsey, and Miles.