Earlier this week, AFF kicked off the online side of our fall 2019 Writing Fellows Program, and today we’re introducing our DC class. This fall, we’ll be working with a total of 35 fellows looking to improve their skills and jumpstart their writing careers! Below, meet the 18 fellows who will make up the DC section of this fall’s class. 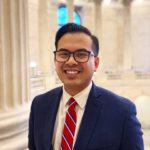 Vik Ath
Vik Ath currently works in communications as a deputy press secretary and speechwriter in the United States Senate for Senator Steve Daines (R-MT). He has an extensive background in the conservative movement working in campaigns, fundraising, and strategic communications as well as grassroots organizing and conservative activism. Vik’s passion for conservatism stemmed from his family’s personal history with Communist Cambodia in the 1970s. Both of his parents were survivors of Cambodia’s infamous Killing Fields. Vik’s mother endured extreme hardships, losing both her father and two younger sisters to the brutal Communist regime. During his college years, Vik served as the president of the UC Riverside College Republicans, and he founded a local grassroots conservative organization, the Riverside Republican Assembly, to promote constitutional conservatives seeking elected office at the local level. During the 2016 election, Vik was selected to serve as a regional director for the Ted Cruz Presidential Campaign. Young America’s Foundation (YAF) twice named Vik a member of Club 100—the Foundation’s activism rewards program recognizing the top conservative student activists in the country. Vik joined YAF’s Development Team full time as a fundraiser in the summer of 2017 and remained with YAF before moving over to the Senate. In Vik’s spare time he enjoys hikes in the Shenandoah and he is a vigorous reader on books that cover American history. He currently resides in Alexandria with his wife, Clare. 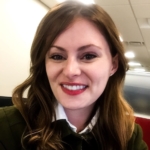 Carolyn Bolton
Carolyn Bolton is a content specialist for CRC Strategies, a communications agency in northern Virginia. Before transitioning into public relations in 2015, Carolyn worked as a general assignment reporter in the foothills of Southern California—followed by a stint as a content editor for Cox Media Group. She’s interned for the National Journalism Center, The Washington Times, and General Dynamics. She lives in Alexandria, Virginia. 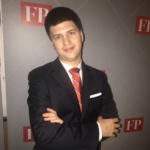 Kevin Brown
Kevin Brown currently works as a legislative analyst at a federal agency. He previously worked for the Republican Party of Virginia and for Senate and Congressional campaigns in research capacities. Kevin also interned on Capitol Hill, the Foreign Policy Initiative, and for the Henry Jackson Society in London. He has a master’s degree in international history from the London School of Economics and Political Science (LSE) and a bachelor’s degree in history from George Mason University. 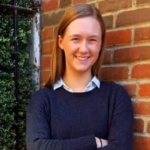 Caroline Caywood
Caroline is a program assistant with the Center for the National Interest and a foreign policy staff writer with Realist Review. She received a BA in 2017 from Baylor University where she pursued interests in U.S.-Russia relations, French and Russian language, and Model United Nations. 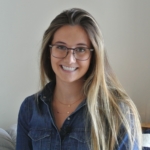 Chrissy Clark
Chrissy Clark is a staff writer at The Federalist. She writes on the 2020 campaign trail and loves to create video content on political topics. She has work featured in The Daily Signal and received a degree in political science from Michigan State University. 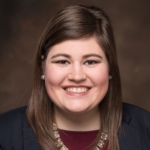 Rachelle Engen
Rachelle Engen serves as the educational choice fellow at the Institute for Justice, where she helps ensure families have the right to control their own destinies by means of educational choice. She is guided by her strong belief that parents, not government officials, know what kind of educational environment will best suit their children’s needs. Rachelle works with legislators and policymakers across the nation to help expand current private educational choice programs and pass new programs. From the east coast to the west coast, Rachelle travels the country educating legislators about private educational choice programs and how they operate, explaining the many benefits of educational choice and how it can have positive lasting and lifelong impacts on children, and debunking many of the myths that surround such programs. She frequently testifies as a subject matter expert in committee hearings and before legislative bodies and caucuses encouraging legislators to support more educational choice for children. Rachelle graduated in May 2017 from the University of Missouri with honors with degrees in political science and political communication. In her free time, Rachelle enjoys drinking copious amounts of coffee, exploring all DC has to offer, traveling to new places, and serving on the alumni board for the Kinder Institute on Constitutional Democracy. 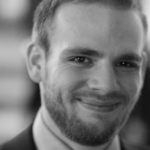 Michael Hall
Michael Hall has more than three years of experience in the communications field and has written op-eds published in outlets including The Hill, Washington Examiner, Washington Times, and the Orange County Register. He is pro-liberty and hopes his writings make a positive impact on the world. 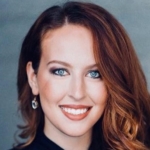 Amelia Koehn
Amelia Koehn earned her BA in political science and minored in history from the University of Iowa. While at the University of Iowa, she was a member of the D1 Women’s Rowing Team and president of Young Women for America. Currently, Amelia is the public affairs coordinator and correspondent for Judicial Watch. She is tasked with reporting breaking news alerts and interviewing key political figures while overseeing the Day Watch online publication. Her opinion pieces have been featured in The Federalist. 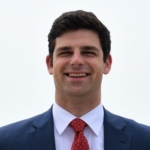 Shane McCrum
Shane McCrum currently works for Preferred Systems Solutions on a contract with the Navy. He has previously interned with The Heritage Foundation, National Defense University, and Congressman Chris Smith. He earned his BA in history in May 2019 from Christendom College. He has been published in the Daily Signal and his expertise lies in U.S. National Defense and great power competition. 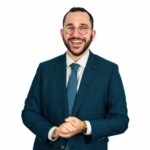 Max Meizlish
Max Meizlish is a policy analyst at BGR Group, a prominent lobbying and public relations firm located in Washington, DC, with offices in Austin, London, and Beijing. He maintains several years of experience working on and around Capitol Hill for various members of Congress, think tanks, and lobbies. He regularly provides analysis for international and domestic clients on matters concerning U.S. foreign policy, sanctions designations, and volatile economic climates. Max has also drafted and published hundreds of opinion editorials on behalf of clients and firm principals. Max graduated summa cum laude from Johns Hopkins University with an MA in global security studies. He is the author of the honors award-winning thesis, “It’s Not That Simple: Examining the Nuance of Economic Sanctions.” Max graduated from the University of Maryland with a BA in government and politics. 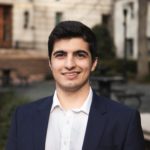 Matthew Petti
Matthew Petti is a national security reporter at the National Interest. A former foreign language area studies fellow at Columbia University, he has written on immigration, Middle Eastern minorities, and human rights for Reason and America Magazine. Matthew was born in New Jersey, but considers himself a New Yorker—just don’t tell the Manhattanites. 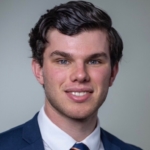 Gregory Price
Gregory Price is from Yardley, Pennsylvania, and a 2019 graduate of Sacred Heart University. While in college, he was a goalie on the lacrosse team and president of the College Republicans. Greg has also knocked on over 20,000 doors for Republican campaigns in Pennsylvania and Connecticut and has written for Lone Conservative, NewsBusters, and the Washington Examiner. 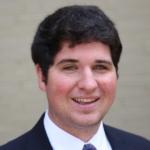 Will Rierson
Will Rierson is a donor communications and marketing associate at Stand Together. He was previously a John Blundell fellow at the John William Pope Foundation and a contributor to Carolina Journal. Will is a 2018 graduate of the Hussman School of Journalism and Media at the University of North Carolina at Chapel Hill, where he double majored in public relations and political science. He is originally from Winston-Salem, North Carolina, and is an Eagle Scout. 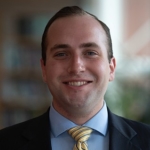 Tyler Shanahan
Tyler Shanahan is from sunny Sarasota, Florida. He is currently the broadcast media relations coordinator at the Cato Institute and previously wrote for the American Spectator. He looks forward to broadening his media and communication skills by writing on individual liberties, foreign policy, and religion. 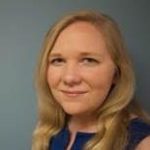 Nora Sullivan
Nora Sullivan is the senior digital communications writer at the Media Research Center and an associate scholar at the Charlotte Lozier Institute in Washington, DC. The former research director at the Life Institute in Dublin, Ireland, Nora has extensive experience in bioethics research and policy work. Nora’s work has been published by National Review, CNSNews, the Daily Caller, the Lozier Institute, the Institute for Family Studies, and LifeNews. In August 2015, she completed her master’s in public affairs and philosophy from University College Dublin. 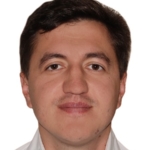 Mykola Vorobiov
Mykola Vorobiov is a broadcast journalist and political analyst at Voice of America. Previously he was a military correspondent in the Donbas region of Ukraine. 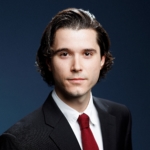 Davis Warnell
Davis Warnell is a program associate for open health at the Mercatus Center at George Mason University. Previously, he worked at Kappa Sigma Fraternity National Headquarters. Davis is a graduate of the University of Georgia, where he studied business management. In his free time he enjoys college football, cooking, and the outdoors. 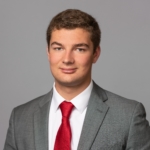 Eric Zachmann
Eric Zachmann is a development associate for the National Taxpayers Union and National Taxpayers Union Foundation. Originally from southeastern Michigan, Eric escaped the cold by attending college at Ave Maria University in sunny southern Florida. He received a BA in political economy & government with a minor in history in Spring 2019. However, his economic education began much earlier. As the second oldest of seven children, he learned the concepts of scarcity and the tragedy of the commons during his childhood. In his spare time, he loves to read, spend time outdoors, watch a copious amount of sports, and talk anyone’s ear off about any one of the three previous topics.