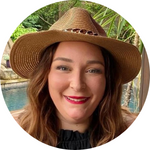 We’re excited to highlight the work of AF member Felisha Bull, Gun Owners of America Texas Deputy Director and a member of the America’s Future Texas Hub board.

She is a passionate supporter of liberty and strives to stand firm in her values in every aspect of her life. She has been working exclusively for Second Amendment freedoms since early 2020, and spent hundreds of hours at the Texas Capitol advocating for Texans’ liberties and the passage of landmark legislation that repealed 150 years of tyranny in the Lone Star State.

Felisha is a native Texan based out of Austin, where she lives with her cat Gandalf, has an unhealthy obsession with Topo Chico, and enjoys the perks of living in the Live Music Capital of the World.

During the Texas legislature’s 2021 session, Felisha advocated for several bills that ultimately passed, protecting Texans’ gun rights from overreach by the governor or the federal government and repealing a 150-year-old law with racist origins that required Texans to receive government permission to carry a handgun on their person.

What motivates you to be an advocate for liberty?

It is easier to fight for liberty while you still have it. In my lifetime, Americans have relinquished more freedom in the name of safety than ever before. I work with organizations like America’s Future to help educate people on what liberty is and why it is critical that we fight to keep our autonomy.

What book or author has most influenced your view of the world?

Without a doubt George Orwell. And honestly, his writings have become more and more relevant over the past several years. If you watch the news today and don’t see the parallels between “all animals are equal, but some are more equal than others,” then you aren’t paying attention.

How has AF been helpful in your career?

America’s Future isn’t just a group focused on civic engagement. AF is a community of people who came together because of like-minded beliefs and stayed together because we became friends. We learn together, we grow together, and we work together to make our cities a home. They’ve helped my career because I feel like I have a foundation of support through their national staff, their state hub resources, and our local chapter—but the impact they’ve had on my life overall is much more tangible.